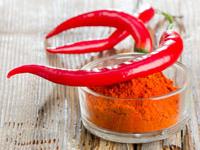 Cayenne brings more than just the heat. The benefits of cayenne include blood pressure regulation, appetite suppression, weight loss and even help in stopping a heart attack.

Most people complain when they eat something hot that their mouth feels like it is on fire. Some even suggest that they will “pay for it” the next day – as if it is like eating a fatty burger or greasy French fries. Before you request your server to “hold the heat,” you might want to consider that this fiery fire could actually be good for you.

Cayenne can help with everything from gastrointestinal issues to blood pressure to ear infections, and even weight loss! It is also high in vitamin A, E, C, B6, K, and manganese. Just two teaspoons of cayenne pepper provide 47% of the daily value for vitamin A. Oh, and it just might stop a heart attack in its tracks!

Native Americans are no strangers to the benefits of cayenne (commonly referred to as red pepper). They’ve been using this spicy little natural ingredient as both a food and as a stimulatory medicine for at least 9,000 years. Over the years it has become an important spice in many regional culinary styles including Cajun and Creole and in the cuisines of Southeast Asia, China, Southern Italy, and Mexico.

Cayenne has been used in the past in traditional Indian Ayurvedic, Chinese, Japanese, and Korean medicines as an oral remedy for a variety of ailments such as poor appetite and stomach and circulatory issues. It has also been used as a topical application for arthritis and muscle pain. Here are few of the areas in which cayenne can provide help or relief …

Today, you’ll find the substance that creates the spicy taste of the cayenne, capsaicin, as an ingredient in topical oils and creams that help relieve pain caused by muscle aches, bruises, and even arthritis.  This is because capsaicin helps stimulate circulation, alter temperature regulation, and, most importantly when it comes to pain, desensitizes nerve endings. When cayenne is applied regularly to a part of the body, the capsaicin in the cayenne depletes Substance P (the chemical that carries pain messages to your brain in your body) at that location. Studies show that when Substance P is reduced in an area of the body, pain is reduced, too.

Capsaicin is a member of the vanilloid family, just like natural vanilla. It binds to the vanilloid nerve receptor subtype 1, also known as TRPV1, which is located in your skin. The resulting activation of the neuron stimulates it to signal the brain. In effect, what happens is that capsaicin fools your brain into sensing heat when there isn’t any. It binds to the TRPV1 receptor, causing the receptor to change shape. The change in shape literally opens the nerve cell up to take in charged particles called cations. These positively charged ions rush into the nerve, producing a signal to an adjacent nerve cell–then to the next adjacent nerve cell, and the next, then into the spinal column, and on up into the brain where the sensation of heat is stimulated.

And at each step of the way, Substance P is required to move the signal from nerve cell to nerve cell. With each stimulation, a little more Substance P is used up. With most triggers, the simulations are slow enough, or have enough breaks in them, so that Substance P has time to replenish in each cell–thus allowing the cells to continue to transmit pain hour after hour, day after day. But the stimulation from cayenne is so intense that it overwhelms the ability of the cell to replenish its Substance P, which means that at that point, pain can no longer be transmitted. And that’s how topical cayenne can stop the transmission of pain.

These are some of the key reasons you’ll find cayenne as an ingredient in Jon Barron’s natural pain relief formula.

In addition to pain relief, some studies have shown that cayenne may also help with natural weight loss. Cayenne supplements seem to help with suppressing appetite or helping you feel full. Also, in research published in the 2008 issue of the Journal of Biological Chemistry, it was discovered that capsaicin consumption increases the process by which cells convert energy into heat. This may help you lose weight as it increases your body temperature and your metabolism. So, welcome the heat as you munch down on a hot taco; all that heat you’re feeling takes energy and calories to produce!

Cayenne is also helpful for various conditions of the gastrointestinal tract, including stomach aches, cramping, gas, and temporary constipation (as it stimulates peristalsis, a reason that Jon Barron uses it in his Colon Corrective formula). And if you think that it will contribute to an ulcer, the reverse is actually true. Cayenne can prevent an ulcer by killing the H. pylori bacteria that lead to ulcers in the first place. Cayenne will also stimulate the cells lining the stomach to secrete protective buffering juices that prevent ulcer formation. That said, if you already have an ulcer, you may experience discomfort when the raw tissue in your stomach is aggravated by the cayenne, so you want to proceed with caution.

Cayenne is also extremely beneficial for the circulatory system, helping to improve the elasticity of the walls of both the arterial and venous systems, maintaining normal blood platelet function, and working to help maintain normal blood pressure already within a normal range throughout the body for natural heart health.

The researchers found that ordinary, over-the-counter pain salve which contains capsaicin rubbed on the skin during a heart attack acts as a cardiac protectant which can decrease and even stop damage to the heart—reducing cardiac cell death by 85%. That would make cayenne/capsaicin the strongest cardioprotective ever recorded, and one reason while you’ll find it Jon Barron’s Blood Support formula. Although, if you’re looking for quick topical action for a cardiovascular crisis, the cayenne in his Essential Relief oil is a better bet.

In addition to everything else we’ve already talked about, cayenne is associated with relief from arthritis, psoriasis, and diabetic neuropathy.—. The capsaicin in cayenne also stimulates secretions that help clean mucus from a stuffy nose or congested lungs. In fact, it works even faster than similar compounds found in many cold remedies today. One common preparation used for sore throat or any cold is a tea made with cayenne, lemon juice, and honey. In fact, any good anti-pathogen formula should contain cayenne or habanero (which trumps cayenne since it is a hotter variety of chili pepper and contains more capsaicin). Not surprisingly, then, you’ll find habanero in Jon Barron’s Super ViraGon anti-pathogen formula.

How To Take Cayenne

Because of the direct benefits of cayenne to your health, you should talk to your doctor and monitor any medications that thin the blood, lower blood sugar levels, treat asthma, or reduce stomach acid, as using cayenne may require you to lower your medication dosage. Cayenne in food is safe during pregnancy, but nursing women should not take high doses of cayenne in a pill form since it does pass into the breast milk. Ouch! And one final thing to note about cayenne is that the hotter the chili pepper, the more capsaicin it contains—and thus the more benefits it will provide.