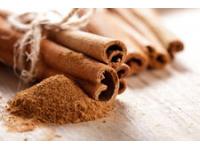 Mentioned in the Old Testament of the Bible and used by Ancient Egyptians, there’s more to cinnamon than you might expect. You’ll find this spice in cupboards across the US, used to flavor everything from pancakes to curries. However, cinnamon is more than a common aromatic spice. It packs a pretty hefty natural medicinal punch as well.

In fact, some research shows that just smelling cinnamon can boost your brain function, improve memory, and help you perform certain tasks. It has also been used as a natural remedy for eliminating headaches and for migraine relief.

Cinnamon is packed with manganese, dietary fiber, iron, and calcium. According to the USDA, there is nearly 2g of fiber, .3g of iron and 39g of calcium in one to one and a half teaspoons of cinnamon. The combination of calcium and fiber is key for several of cinnamon’s benefits, such as bile removal, the breaking down of cholesterol, and relief from constipation and diarrhea.

Cinnamon also contains compounds called catechins, which help ease nausea and make cinnamon beneficial when doing a liver detox. In addition, the plant’s essential oil has been found to stimulate movement in the gastrointestinal tract–useful when trying to move waste along while detoxing. Cinnamon’s pleasing scent also stimulates saliva production, which aids in digestion. This is why you’ll find it as an ingredient in Jon’s liver flush tea formula.

In addition, cinnamon extracts have been used medically to treat gastrointestinal problems and to help calm the stomach. In herbal literature, cinnamon is listed as a carminative, an agent that helps break up intestinal gas, and it has traditionally been used to combat diarrhea and morning sickness. Both test-tube and some animal studies have found that cinnamon may help to relieve mild abdominal discomfort caused by excess gas.

Studies have also shown that cinnamon can help regulate blood sugar levels for people with type 2 diabetes, which also can be helpful when incorporating fresh juices into your diet or as part of a detox. In fact, a water-soluble polyphenol Type A polymer cinnamon extract known as Cinnulin PF has been shown in USDA studies to improve your body’s insulin response up to twentyfold. The same extract has also been shown to lower LDL cholesterol and significantly lower blood serum triglycerides.

And if that’s not enough, cinnamon has been reported to help in the following areas as well:

To add more cinnamon to your diet, use a pinch here and there or add it to your favorite recipe – just keep in mind that high doses may be toxic. 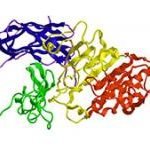