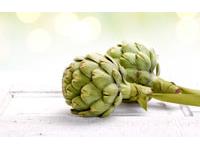 The artichoke leaf contains many health benefits, making it key to liver detox and protection. Read more on this plant’s beneficial properties.

More than just a prickly plant, varieties of the artichoke have had culinary and medicinal uses since the ancient Greeks and Romans. While native to the Mediterranean region, today the majority of artichokes consumed in the US are cultivated in California. For medicinal purposes, the leaf, stem, and root are used to make extracts that contain a high concentration of certain chemicals found in the plant. Artichokes have been used for many purposes over the years including treating snakebites, bladder infections, arthritis, reducing heartburn, preventing gallstones, lowering blood sugar, and even as an aphrodisiac.

Today, however, herbalists primarily use artichoke leaf to help detoxify and protect the liver. It is used to stimulate the flow of bile and has even been shown to lower cholesterol. In that regard, it is actually backed by a number of studies that have confirmed what natural healers have known for years. Studies have verified that the primary bioactive component of artichoke leaf, luteolin, is not only liver protective, but also helps purge bile and cholesterol from the liver. It should be of no surprise then to find artichoke leaf as an ingredient in Jon Barron’s Liver Tincture formula.

And if that’s not enough, studies have also confirmed that it helps protect against hardening of the arteries. For example, in a double-blind, placebo-controlled study of 143 people with high cholesterol, artichoke leaf extract significantly improved cholesterol readings. Total cholesterol fell by 18.5% as compared to 8.6% in the placebo group; LDL cholesterol by 23% vs. 6%; and LDL-to-HDL ratios by 20% vs. 7%.

In a subsequent study of 75 otherwise healthy people with high cholesterol, artichoke leaf extract significantly reduced total cholesterol compared to a placebo. It appears the ability of artichoke leaf to lower cholesterol is tied to its ability to improve the flow of bile, which carries the excess cholesterol out as it passes through the intestinal tract.

Another study published in the August 2004 edition of the Journal of Alternative and Complementary Medicine shows that artichoke leaf extract may also help with improving symptoms of irritable bowel syndrome.

In addition to being an edible plant, artichoke is a mild bitter. Bitter herbs are thought to stimulate digestive function by increasing saliva production and promoting both stomach acid and digestive enzyme production. Extracts of artichoke have been repeatedly shown in double-blind research to be beneficial for people with indigestion.

Other health benefits of the artichoke include:

How to Use Artichokes

For medicinal purposes, artichoke leaf can be found in a tincture form and is commonly used when doing a liver detox. It is also available in capsule and tea form. Artichokes as a fresh vegetable also make a great low calorie, high vitamin, nutritious snack or side dish.

For more information about how this is used in Jon Barron’s liver detox tincture, click here.