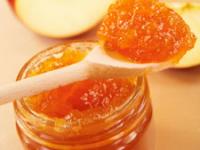 Learn about the benefits of apple pectin, a cancer-busting cleanser.

Apple pectin may be just one more reason why the phrase “an apple a day keeps the doctor away” has endured. What exactly is pectin? It’s a complex carbohydrate, a soluble fiber found in the walls of plant cells.  The actual amount of pectin found in the cells varies by each plant. Overall, pectin content is typically higher in legumes and certain fruits. For instance, apple, grapefruit, orange and apricot are known to have high levels of pectin. There are many health benefits associated with pectin including:

While pectin alone certainly has a number of health benefits, apple pectin in particular has some additional advantages.

Apple pectin’s primary medicinal use is as a natural remedy for digestive disorders. Since apple pectin is high in fiber, it is used to help regulate bowel movements. It can help firm stools and reduce inflammation associated with diarrhea, as well as help with constipation. It is also used to help treat colitis, irritable bowel disease, and other related digestive disorders. This is one reason why you’ll find it as an ingredient in Jon Barron’s Colon Regenerator™ formula and other medications aimed at treating bowel disorders.

Another interesting study of apple pectin confirms yet one more reason why it pays to eat your fruits and vegetables. As it turns out, the pectin protects against cancer. While apple pectin benefits have been known for some time, this particular study sheds light on how pectin works specifically in fighting cancer cells. A research team at the Institute of Food Research in Norwich, England, discovered that a substance in pectin binds to a tumor-producing protein called galectin 3. Galectin 3 allows cancer cells to detach from tumors and to reattach elsewhere, and so it’s a major factor in the spread of cancer. But pectin blocks the activity of galectin 3 and, in so doing, may prevent the progression of cancer within the body.

In vitro studies have shown that it interacts with acid to produce new molecular components, including the substance galactose, which binds to galectin 3. (Theoretically, your stomach acid could provide that same activation, provided you’re still producing sufficient stomach acid.)

Studies have confirmed that apple pectin benefits individuals combating cancer in other ways as well. A research team at the University of Georgia found that pectin destroyed up to 40 percent of prostate cancer cells upon exposure, while other studies revealed that pectin helps in fighting lung and colon cancers. And in fact, apple pectin was used after Chernobyl to extract radioactive waste from victims. Other benefits of natural pectin include protecting against gallstones, ulcers, colitis, constipation, diarrhea, and diabetes damage. Pectin removes “unwanted toxins and heavy metals (mercury, lead, aluminum, etc.), and, as just mentioned, reduces the side effects of exposure to radiation.” It binds water and toxins together and bulks the stool, and thus carries toxins from the body. Again, these are all reasons why you’ll find apple pectin as an ingredient in Jon Barron’s Colon Regenerator™ formula.

How to use Apple Pectin

You may know pectin as a substance used to solidify jams and jellies, and so the question arises: does “jamming” yourself full of jam protect you from cancer? Probably not so much. The researchers point out that while the process of making jam may activate the “good” effects of the pectin and provide some protection, the high sugar content and additives in commercial jams would most likely counteract the benefits (a good reason to choose all-fruit jam).

While scientists continue to dissect, isolate, and modify the stuff to make it “better,” you can get your fill of pectin by eating plenty of raw vegetables and fruits and an occasional gob of all-fruit jam. To increase your intake even more — and especially to reap benefits such as protection from cardiovascular damage, hypertension, and cancer — go to the health food store and peruse the selection of pectin supplements. You can also get pectin working for you by doing an intestinal cleanse that contains pectin — or using such a formula as part of a daily maintenance program.