Back in the 1970’s, lead poisoning was a leading topic of conversation, along with the war in Viet Nam and post-mortem Elvis sightings. Back then, researchers discovered that an astonishing 77 percent of children in the US had high levels of lead in their bloodstream. Since lead can have a profound and harmful effect on children’s developing brains, an alarm was sounded. The primary source at that time was household paint. Lead was a common ingredient back then, because it helps paint adhere to walls, last longer, dry faster, and resist water better. Unfortunately, the wonder ingredient also allows paint to chip off walls over time, and apparently, it tastes great to toddlers, 77 percent of whom enjoyed paint-chip snacks growing up.1 Letzter, Rafi. “1.2 million children in the US likely suffer from lead poisoning—but half are undetected.” 3 May 2017. Business Insider. 9 October 2017. http://www.businessinsider.com/lead-poisoning-states-us-2017-5

Lead exposure isn’t great for anyone, but it’s particularly damaging to children who absorb up to five times more lead than adults after ingestion. While high doses can cause convulsions and even death, lower levels of exposure can cause problems that at first glance seem less dramatic and not immediately noticeable. And yet, these effects can be devastating—lowered IQ, learning problems, ADHD, behavioral issues, and health problems including hypertension, anemia, reproductive problems, and renal impairment. In fact, a convincing study earlier this year linked childhood lead exposure to elevated crime rates, even after controlling for other factors.2 Doleac, Jennifer L. “New evidence that lead exposure increases crime.” 1 June 2013. Brookings. 9 October 2017. http://www.brookings.edu/blog/up-front/2017/06/01/new-evidence-that-lead-exposure-increases-crime/

It’s distressing to note that experts in the US knew about the dangers of lead poisoning in the early 1900s, and did nothing about it for so many decades.3 Lah, Katerina. “History of Lead Use.” 8 May 2011. Toxipedia.9 October 2017. http://www.toxipedia.org/display/toxipedia/History+of+Lead+Use In Europe, several countries banned lead from paint by 1909, and in fact, the League of Nations (the predecessor to the United Nations), banned lead from paint in 1929, but following a pattern that unfortunately still persists, the US declined to comply with the rest of the developed world. The result was that generations of children—perhaps your parents or even yourselves—chomped on paint chips and suffered varying degrees of brain damage and neurological injury without necessarily ever knowing it, or knowing why.

Once parents got the word about the situation, an alarm was sounded. Awareness at that time resulted in measures that slashed the incidence of lead poisoning, but by no means eradicated it. Even though lead was banned from both paint (in 1978) and gasoline (late 1980’s), the official word is that 1.6 percent of US kids still have elevated blood levels of lead, with some experts insisting that there are at least twice that many cases going undetected. Plus, some areas of the country have far higher lead-poisoning rates.

A notorious example is Flint, Michigan, where the city switched water sources in 2014 and began piping improperly treated water into homes. In 2016, after at least 100,000 residents were affected, it was discovered that municipal water contained lead content up to hundreds of times higher than Environmental Protection Agency safety standards.4 “Flint Water Crisis Fact Facts.” 4 March 2016. CNN. http://www.cnn.com/2016/03/04/us/flint-water-crisis-fast-facts/index.html At that point, residents started using bottled water, and still need to do so. Meanwhile, fertility rates plummeted and fetal deaths skyrocketed in the area, a recent study confirmed.5 Ingraham, Christopher. “Flint’s lead-poisoned water had a ‘horrifyingly’ large effect on fetal deaths, study finds.” 21 September 2017. Washington Post. 9 October 2017. http://www.washingtonpost.com/news/wonk/wp/2017/09/21/flints-lead-poisoned-water-had-a-horrifyingly-large-effect-on-fetal-deaths-study-finds/?utm_term=.9a97f72d2162 The extent of resulting cognitive and health damage to residents and particularly, children, in the area won’t be known for many years, if ever.

And such spikes are hardly limited to Flint. According to very recent data from the California Department of Public Health, in 29 communities in California, children tested higher for lead poisoning than in Flint.6 Schneyer, Joshua and Pell, M.B. ”Exclusive: Lead Poisoning Afflicts Neighborhoods Across California.” 22 March 2017. US News and World Report. 9 October 2017. http://www.usnews.com/news/top-news/articles/2017-03-22/exclusive-lead-poisoning-afflicts-neighborhoods-across-california In Fresno, for instance, 13.6 percent of children under six years old tested high for lead content in blood, compared to only five percent in Flint.

Just today, the Philadelphia media announced that high levels of lead had been discovered in 75 percent of the soil in the area. This came after investigations last year revealed that 2700 local children had excessive levels of lead in their blood. Children don’t need to ingest lead to suffer consequences. Playing in lead-laden soil can also have an effect, as can inhalation or any environmental exposure.7 http://www.cbsnews.com/news/philadelphia-high-lead-levels-in-soil-raise-parents-concerns/

For those who assumed that the lead-poisoning crisis was long over, this may come as a surprise. But in fact, a study by Reuters last year found 3000 US neighborhoods with elevated rates of childhood lead poisoning. And according to the World Health Organization, lead poisoning even now causes 12.4% of developmental intellectual disability worldwide.8 “Lead Poisoning and Health.” August 2017. World Health Organization. 9 October 2017. http://www.who.int/mediacentre/factsheets/fs379/en/

In honor of Lead Paint Poisoning Prevention Week, which is coming up October 22-28, here are four related issues you might wonder about. 9 “In Philadelphia, high levels of lead in soil raise parents’ concern.” 9 October 2017. CBS News. 9 Octtober 2017. http://www.nchh.org/Policy/NationalSafeandHealthyHousingCoalition/LeadPoisoningPreventionWeek2017.aspx

What causes lead poisoning now that lead is gone from paint? It’s true that all paint sold after 1978 is lead free, but some older buildings still have the original paint, either inside on the walls or outside. A new coat of paint might make everything look updated, but it can cover up layers of original lead paint that will eventually chip and crumble.

And, as mentioned above, some areas continue to have high levels of lead in the soil, water, and air. This is especially a concern in places where there’s been heavy industry, as such contamination results from years of fumes from leaded gasoline and industrial waste leeching into the earth and water supply. Water also becomes contaminated from aging lead-coated pipes. Lead-based paint and materials can leech lead into the soil near the foundations of home, and residues of pesticides that once contained lead also affect soil and water.

It’s also possible to be exposed to lead in products such as toys, cosmetics, or even food and nutritional products that come from countries without strong lead regulations. Also, ceramics may still be coated with lead-based paint.

How Does Lead Affect Adults? While children are far more vulnerable to the harmful effects of lead, adults can also suffer health and neurological consequences after exposure. Problems associated with adult exposure include hypertension, joint and muscle pain, mood disorders, headaches, kidney problems, reduced sperm count, miscarriages, memory impairment, and abdominal pain. In other words, you don’t want lead in your life. And it’s probably worth mentioning that high levels of lead have been found in many wines.

What Can You Do to Insure Safe Levels of Lead Exposure for Yourself? If you live in an area with lots of past or present industrial pollution, have your soil and water tested. Use air filters and high-quality, whole-house water filters. In older homes, make sure lead remediation has been completed. And finally, make sure to regularly do a heavy metal detox  on a regular basis, just in case. 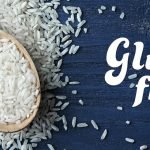