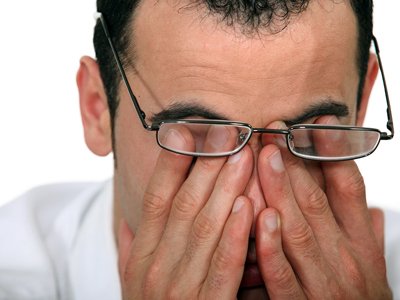 We increasingly are becoming a workaholic world, and if that’s a good thing for the bottom line, it’s certainly not good for physical or mental health. Overwork doubles the risk of heart attack and stroke and significantly ups the risk of depression. And yet, in the US, at least 18 percent of us work more than 60 hours a week, putting ourselves in the danger zone. 1 Davis, Scott. “This Work Habit Doubles the Risk of Stroke and Heart Attack (stop doing this).” Blue Heron Health News. 8 January 2015. http://blueheronhealthnews.com/site/2014/12/28/this-work-habit-doubles-risk-of-heart-attack-and-stroke-stop-doing-this

For decades now, the US has led the world in terms of demanding work schedules. Back in 1997, Americans worked an average of 2000 hours on the job per year, more than any other nation. 2 “Americans work longest hours among industrialized countries, Japanese second longest. Europeans work less Time, but register faster productivity gains New ILO statistical volume highlights labour trends worldwide.” 6 September 1999.  International Labor Organization. 8 January 2015. http://www.ilo.org/global/about-the-ilo/newsroom/news/WCMS_071326/lang–en/index.htm At that time, Japanese workers ranked next, but they nevertheless lagged behind, clocking an average of 1883 hours, a full two weeks less than their US counterparts. In Norway, the average employee put in only 1399 hours a year, or 15 fewer weeks than workers in the US, while Swedish workers clocked an annual average of 1,552 hours, and French employees worked 1656 hours.

The irony is that at that time, there was plenty of talk in the US about how we would soon be a leisure-time society, reducing our work weeks to 35-hours, relying on computers and mechanized systems to take the burden off so that we could enjoy more vacation. Instead, work hours have skyrocketed, and computers have only added to them since we can log in from home, after hours. Now, according to the latest Gallup Poll, the average US worker clocks 47 hours a week, or 2370 hours a year. That’s almost 10 more weeks of work per year than we were putting in a few decades ago, when we already were comparatively overworked.3 Saad, Lydia. “The 40-Hour Work Week is Actually Longer–By Seven Hours.” 29 August 2014. Economy. 8 January 2015. http://www.gallup.com/poll/175286/hour-workweek-actually-longer-seven-hours.aspx  Using the old standard of a 40-hour work week, that 2370 hours translates to over 59 weeks of work a year–and remember, a year is only 52 weeks long. And by the way, those Gallup figures are conservative. Another poll conducted by the Center for American Progress found that 85.8 percent of males and 66.5 percent of females work more than 40 hours per week.4 Miller, G.E., “The U.S. is the Most Overworked Developed Nation in the World-When Do We Draw the Line?” 1 January 2015. 20-Something Finance. 8 January 2015. http://20somethingfinance.com/american-hours-worked-productivity-vacation/

And that brings us back to the health effects of long hours on the job. A study just reported in the American Journal of Industrial Medicine found that people who worked in excess of 60 hours a week, but fewer than 70 hours, increased their risk of developing coronary heart disease by 63 percent compared to those who worked lighter schedules.5 “Long work hours linked to increased risk of coronary heart disease. 16 September 2014. Medical News Today. 8 January 2015. http://www.medicalnewstoday.com/articles/282587.php Those who worked over 80 hours a week increased their risk by 94 percent. The study was based on 8350 participants in Korean National Health and Nutrition Examination Survey who were followed over a 10-year period.

The increased risk found in the Korean study may be due to skewed eating and sleeping habits. When workers spend so much time in the office, they may not have time to cook at home and so grab meals on the go. Plus, those who work long hours tend to skip exercise. Also, excess working typically is a stressful endeavor, and it’s perhaps no coincidence that the US simultaneously is the most overworked nation in the world, and the most anxious.6 Rahman, Maisha. “Stress on the Job: How Overwork is Killing You.” 3 June 2013. The Triple Helix Online. 8 January 2015. http://triplehelixblog.com/2014/06/death-by-overwork-how-stress-is-killing-you/ A study by the World Health Organization found that nearly one-third of Americans suffer anxiety symptoms at some point in their lives. More than eight in 10 Americans say that excessive workloads on their jobs are causing them inordinate stress.7 “Workaholics May Face Poor Physical and Mental Well-Being, Study Suggests.” 6 September 2013. The Third Metric. 8 January 2015. http://www.huffingtonpost.com/2013/09/06/workaholics-well-being-physical-mental-health_n_3795626.html

The solution, by the way, is not to retire. The study found that those who worked under 30 hours a week actually had higher blood pressure and cholesterol levels than those who worked between 31-60 hours. Perhaps staying at home puts one too close to the fridge and the snack cabinet. Or, as the researchers surmised, those who work reduced schedules might already have health problems that prevent them from slugging it out in the work pool along with the rest of us. “Persons who have worse cardiac health may not work long hours,” the researchers say.

Other research links long hours on the job to increased depression, anxiety, and insomnia, as well as weight gain and higher divorce rates. A Japanese study of 238 clerical workers published in the Journal of Occupational and Environmental Medicine found that employees who put in more than 60 hours a week had 15 times the rate of depression one to three years later, compared to their coworkers on more moderate schedules.8 “Combination of Long Hours and Overwork Increases Depression Risk.” 13 August 2013. American College of Occupational and Environmental Medicine. 8 January 2015. http://www.acoem.org/DepressRisk.aspx    A Kansas State University study of more than 12,000 participants also found increased depression among those who worked 50 or more hours weekly.

The bottom line, according to these and many other studies, is that working too much generally isn’t good for body or mind. According to a summary report and accompanying charts in The Economist, “…the greater the number of hours worked per year, the greater the likelihood of premature death and poor quality of life.”9 “Overwork and its costs.” Reports from the Economic Front. 8 January 2015. http://blogs.lclark.edu/hart-landsberg/2014/04/05/overwork-and-its-costs/

Certainly, the US government doesn’t seem to support healthy work schedules for employees, and neither does industry. The US is the only nation in the industrialized world lacking a law requiring that employers give their workers paid sick time off or paid vacation time. And as is famously known, those employers in the US who do give vacation time tend to be extremely stingy in doling it out, with two weeks being the norm, compared to four to six weeks nearly everywhere else. To make matters worse, studies show that 61 percent of employees will work right through their vacation. This may lead to higher earnings, but less time to spend enjoying it.

If you’re locked into a job that causes you stress and demands that you work excessive hours, at the least you need to make every effort to fit in exercise, eating well, and doing some form of mental activity such as meditation that de-stresses you. At best, you might want to find yourself a life coach to see if you can design a more reasonable, healthy schedule that gives you time to smell the roses. Or at the very least, you might want to opt for periodic massages to boost your immune system, relieve stress, and improve your heart health.