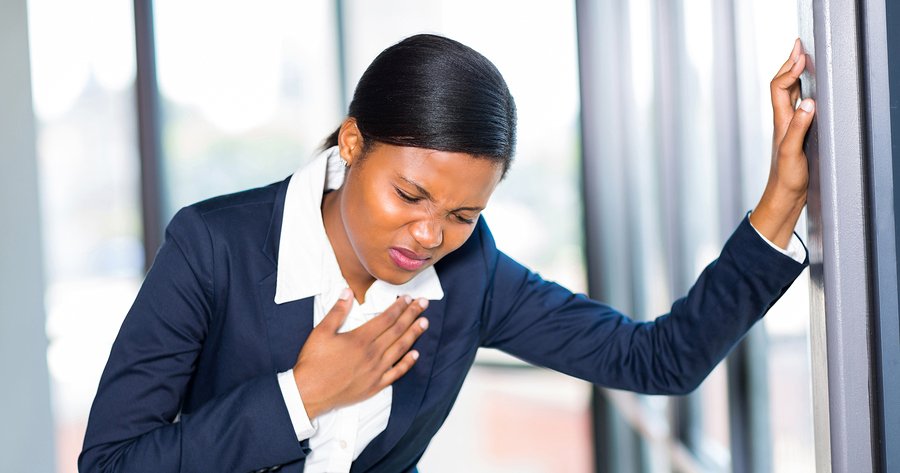 Many younger women don’t really worry much about having a heart attack. After all, aren’t heart attacks mainly an issue for overweight men and much older people? Not necessarily. The truth of the matter is that heart conditions can affect both men and women at almost any age. In fact, heart disease is among the leading causes of mortality in adult American women under 55, according to the Centers for Disease Control and Prevention. And new research points to one scary reason that heart disease so often leads to death in this population: Younger women tend to dismiss the signs indicating that they may be having a heart attack.

The study, which took place at Yale University in New Haven, Connecticut, found that young and middle-aged women often do not realize they are experiencing a heart attack and do not seek the appropriate medical care as quickly as it is needed.1 “Younger women may ignore heart attack signs, study finds.” Fox News. 25 February 2015. Accessed 4 March 2015. http://www.foxnews.com/health/2015/02/25/younger-women-may-ignore-heart-attack-signs-study-finds/.
The subjects were 30 American women between the ages of 30 and 55 who were admitted to the hospital after having a heart attack.

The participants were interviewed about what their initial symptoms were and how they reacted. Many of the women did not recognize the signs of a heart attack as they were occurring. Yes, if they had a pain in their chest, they were likely to recognize that as a symptom. But many women are not aware that symptoms such as a pain in the back, pain in the jaw, indigestion, and difficulty breathing can also be symptomatic of a heart attack. The volunteers were also asked about how promptly they sought medical care for their symptoms. In fact, they often indicated that they had felt no sense of urgency about getting to a doctor and even continued going to work and attending to family matters. And then, even when they did finally go for medical care, they were not consistently provided with a complete health assessment, which served to further delay their diagnosis and treatment.

It would appear that a large part of the problem stems from a certain degree of ignorance about heart attacks in the women. For the most part, they were unable to distinguish their risk of heart disease. And perhaps this lack of knowledge about their own personal risk level of cardiac conditions explains why many of them also reported a lack of routine check ups with their primary care physicians. It is at these visits that health and family histories are brought up, other factors such as lifestyle habits including smoking and inactivity are discussed, and basic health measurements like weight and blood pressure are determined, so without them there is little opportunity for a doctor to advise a patient on preventive cardiovascular care.

Many of the subjects expressed concern that they might be misinterpreting the symptoms they had experienced. They didn’t want to rush to the doctor only to be told it had nothing to do with a heart attack at all. They were operating under the assumption that, as relatively young women, their symptoms were most likely due to some less serious issue so it wasn’t worth wasting their physician’s time. However, the statistics tell a very different story about the dangers of a heart attack in younger women, so it is essential to get a medical evaluation if any signs are present. And while this trial was very small, the findings do make sense in light of other evidence such as the Harvard School of Public Health study that we reported on last November and a 2007 study jointly conducted at the CDC and the University of Liverpool in the United Kingdom, which found that the mortality rate from coronary heart disease among 35 to 44 year old women has annually increased by an average of 1.3 percent, bucking the trends in most other populations.2 Ford, Earl S. and Capewell, Simon. “Coronary Heart Disease Mortality Among Young Adults in the U.S. From 1980 Through 2002.” Journal of the American College of Cardiology. November 2007. Accessed 5 March 2015. http://content.onlinejacc.org/article.aspx?articleid=1138677

Therefore, it clearly pays to arm yourself with knowledge. Whether you are a woman under the age of 55 or not, you should be aware of the signs associated with having a heart attack and seek prompt medical care if you are experiencing them. You may feel chest pain or pressure; discomfort in the arms, back, jaw, or stomach; shortness of breath; lightheadedness; cold sweat; or nausea. Again, they may be trivial–but they may also be symptomatic of a heart attack. And now you know that you can have a heart attack at any age.

In addition to becoming educated about heart attack symptoms and overcoming any desire to not bother a doctor with your ailment, you also should consider doing everything you can to lower your cardiovascular disease risk. Toss your cigarettes if you are a smoker, lose weight if necessary, eat a healthy diet to keep cholesterol levels in check, and start a daily exercise routine. And to learn much more about natural ways to keep your heart healthy, check out Heart Health.