Despite what your mother probably told you about breakfast being the most important meal of the day, not all of us are big breakfast eaters. If you typically feel too rushed or simply aren’t very hungry in the morning, you may choose to skip having breakfast or only eat a small bite. But it turns out that your mom might have been onto something after all. New research suggests that eating a full breakfast every day might help you stay heart healthy.

The study, which was conducted at the Spanish National Centre for Cardiovascular Research in Madrid, found that people who do not eat breakfast are more likely to have hardening of the arteries and an increased risk of developing cardiovascular disease.1 Uzhova, Irina; et al. “The Importance of Breakfast in Atherosclerosis Disease.” Journal of the American College of Cardiology. October 2017. Accessed 4 October 2017. http://www.onlinejacc.org/content/70/15/1833?sso=1&sso_redirect_count=2&access_token=. These results are based on information provided by 4,052 men and women between the ages of 40 and 54, all residing in Spain. They reported their daily food consumption, which the researchers analyzed against their medical records over time.

The investigators divided the subjects into three groups that were determined by their morning eating habits. The first group consumed fewer than five percent of their daily calories at breakfast, the second group consumed between five and 20 percent, and the third group consumed more than 20 percent.

After comparing the data on breakfast eating habits with the participants’ levels of generalized atherosclerosis, or plaque buildup in the arteries around the body, the researchers discovered that both those who passed on breakfast and those who ate little for breakfast had a greater chance of plaque accumulation than their peers who opted for larger breakfasts. In fact, those in the group who skipped breakfast had 2.5 times the risk of atherosclerosis than their peers who ate the most in the morning.

To make matters even worse, the breakfast skippers were also noted to have the largest waist circumference, as well as the highest body mass index, and fasting glucose, cholesterol, and blood pressure levels. And the findings all remained steady after the investigators controlled for potentially influential factors such as age, gender, alcohol consumption, smoking habits, red meat intake, and more.

The study was not designed to prove cause and effect, so we can’t tell from the findings whether missing breakfast directly results in atherosclerosis. The research was somewhat flawed by its lack of emphasis on exactly what the participants were consuming for their morning meal. Based on the fact that, the overall eating habits of the breakfast skippers tended to be notably less healthy, and they were more likely to drink and smoke, we might infer that the bigger breakfast eaters might tend to choose more nutritious fare, but we can’t really be certain.

Yet despite these issues, an association is clearly demonstrated between forgoing breakfast, or even opting for a skimpy one, and an increased risk of heart disease. Therefore, if you typically give short shrift to food in the morning, try to change your habits. If time is the problem, wake up 10 minutes earlier. That shouldn’t impact your sleep totals much, and it’s really all you need to prepare something nutritious.

If you really just have no appetite early in the morning, bring your breakfast items with you to work where you can eat when you start feeling hungry. You might be a little more limited in your options, but lots of foods from smoothies that include a superfood or added protein to a breakfast sandwich spread with nut butter or hummus on multigrain bread with an apple on the side can transport well. And that might also go a long way toward staving off the mid-morning munchies that cause you to lose your willpower at the sight of the office donuts. 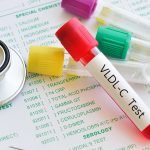 Can Cholesterol Go Too Low?