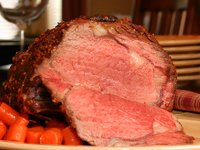 A recent study on L-carnitine1 Robert A Koeth, Zeneng Wang, Bruce S Levison, et al. “Intestinal microbiota metabolism of l-carnitine, a nutrient in red meat, promotes atherosclerosis.” Nat Med 2013/04/07/online has some people worried about using supplements that contain Acetyl-l-carnitine. There is no reason to be concerned for a number of reasons.

First, this was a limited study ONLY involving 6 people. In fact, the primary data came from mice genetically engineered to have heart disease.

Second, Acetyl-l-carnitine is not L-carnitine. Although they are related, they are not the same substance; they are different molecules. They are broken down differently, used differently, and work in different areas of the body. Carnitine boosts energy by stimulating the body’s burning of triglycerides as fuel, and sparing the supply of glycogen stored in the liver for heavier exertion. For this reason, it is utilized by bodybuilders and people looking to lose weight. Acetyl-l-carnitine is not involved in fat metabolism at all—zero, nada. Instead, it works as a powerful antioxidant that crosses the blood-brain barrier (something L-carnitine cannot do) and thus helps prevent brain cell deterioration. Bottom line: there is absolutely no evidence that Acetyl-l-carnitine presents any problems in terms of TMAO and/or heart health.

Third, thanks to media scare headlines, the important findings of the study have been misinterpreted. The culprit in the study is not actually carnitine, but “certain” bacteria in the intestinal tract (but only of heavy meat eaters) that break down carnitine and release TMAO (trimethylamine N-oxide) into the intestinal tract, where it is then absorbed into the bloodstream. But, and here’s the point that got glossed over in the media, yes, there was a TMAO burst in the five meat eaters; but not in the vegan. The problem, then, if there is one at all, is not in the carnitine, but in the change in the intestinal bacteria resulting from regular high consumption of meat. If you’re not eating large amounts of meat, you don’t have large numbers of those bacteria, and you don’t convert carnitine to TMAO. To repeat: the researchers found that carnitine was not dangerous by itself; instead, the problem (again if there is one) arose when it was metabolized by bacteria in the intestines and ended up as TMAO in the blood. So, if you don’t eat a lot of meat, or if you regularly supplement with a good probiotic formula to keep your intestinal bacteria balanced, it’s a non-issue, even if the TMAO theory turns out to have any merit.

Fourth, the connection of TMAO to heart disease is only a theory—and a new one at that. Keep in mind that both the saturated fat and cholesterol theories of heart disease have been much more widely studied and yet have turned out to be much less predictive of actual heart disease than once thought.

Fifth, as Chris Kresser points out on his site, epidemiological data does not support the theory. In other words, if eating meat increases heart disease risk, then we would expect lower rates in vegans and vegetarians. And while it is true that early studies suggested this is the case, later, better-controlled studies suggest it’s not.2 Chris Kresser, “Red Meat and TMAO: Cause for Concern, or Another Red Herring?” Medicine for the 21st Century. 10 April 2013 (Accessed 15 April 2013.) http://chriskresser.com/red-meat-and-tmao-its-the-gut-not-the-meat As it turns out, the early studies were poorly designed and subject to confounding factors (i.e. vegetarians tend to be more health conscious on average than the general population, so there could be other factors explaining their longevity, such as more exercise, less smoking, etc.). Newer, higher quality studies that have attempted to control for these confounding factors haven’t found any survival advantage in vegetarians. For example, one study compared the mortality of people who shopped in health food stores (both vegetarians and omnivores) to people in the general population. They found that both vegetarians and omnivores in the health food store group lived longer than people in the general population.3 Key TJ, Thorogood M, Appleby PN, Burr ML. “Dietary habits and mortality in 11,000 vegetarians and health conscious people: results of a 17 year follow up.” BMJ. 1996 Sep 28;313(7060):775-9.  http://www.ncbi.nlm.nih.gov/pubmed/8842068 This suggests, of course, that eating meat in the context of a healthy diet does not have the same effect as eating meat in the context of an unhealthy diet. In fact, a very large study performed in the U.K. in 2003 including over 65,000 subjects corroborated these results: no difference in mortality was observed between vegetarians and omnivores.4 Davey GK, Spencer EA, Appleby PN, et al. “EPIC-Oxford: lifestyle characteristics and nutrient intakes in a cohort of 33 883 meat-eaters and 31 546 non meat-eaters in the UK.” Public Health Nutr. 2003 May;6(3):259-69.  http://www.ncbi.nlm.nih.gov/pubmed/12740075 (As I’ve pointed out on numerous occasions, the case against eating moderate amounts of organic, grass-fed meat is more about morality and ethics than about health.)

Sixth, this is only one study in a sea of studies on L-carnitine. In other studies, L-carnitine has actually shown the potential to prevent clogged arteries. Also, keep in mind that the mice used in the present study were genetically-modified to be susceptible to heart disease, so the results of the study may not even be transferable to humans.

And speaking of other studies, we come to our seventh, and most amusing, point. A study released four days AFTER the study we’ve been talking about concluded that L-carnitine significantly improves cardiac health in patients after a heart attack.5 James J. DiNicolantonio, Carl J. Lavie, Hassan Fares, Arthur R. Menezes and James H. O’Keefe. L-Carnitine in the Secondary Prevention of Cardiovascular Disease: Systematic Review and Meta-analysis. Mayo Clinic Proceedings, June 2013; Volume 88, Issue 6.  http://www.alphagalileo.org/ViewItem.aspx?ItemId=130204&CultureCode=en No kidding! An even more recent study has found that L-carnitine is actually heart protective. Go figure! And as the new study’s authors pointed out, that while the TMAO carnitine study is of interest, the main study referenced was in animals, and unlike this more recent study, lacked hard outcomes.

The bottom line is that there is absolutely no reason to stop using supplements that contain Acetyl-l-carnitine. 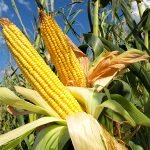