No matter how healthy we are, none of us is completely immune to physical problems. It’s entirely possible that we end up paying a visit to a hospital emergency room at some point in our lives, whether it’s due to a car accident, a slip on the stairs that leads to a potentially broken bone, or an unidentified abdominal pain in the middle of the night that could be appendicitis. In any case, most people are familiar with insurance protocols and would know what hospital to visit if given a choice to make sure that it is covered under their plan. Except for the fact that even then, it might not be. According to new research, many patients receive high bills after a trip to the ER regardless of having health insurance.

The study, which took place at Yale University in New Haven, Connecticut, found that many insured people in the United States are unexpectedly billed for seeing an emergency room physician who is an out-of-network doctor, even if the hospital is in network.1 Cooper, Zack and Scott Morton, Fiona. “Out-of-Network Emergency-Physician Bills—An Unwelcome Surprise.” New England Journal of Medicine. 17 November 2016. Accessed 21 November 2016. http://www.nejm.org/doi/full/10.1056/NEJMp1608571. The results were based on more than two million emergency room visits all across America. The investigators pored over insurance claims for these visits and calculated that approximately 20 percent of in-network hospital calls were attended by a physician not in the subject’s insurance network.

Typically, the patient has no idea that this has occurred and is shocked when a substantial bill arrives weeks later. Since many insurers won’t cover out-of-network costs, or at best only partially cover them, these fees become the patient’s responsibility. And the researchers discovered that the average bill was $622—not a small chunk of change for most of us.

It’s still unknown just how widespread this problem actually is since the study did not delve into the number of patients in this population sample that were actually sent a bill. However, a 2016 study at the Henry J. Kaiser Family Foundation showed that charges from out-of-network providers were a contributing factor in approximately one-third of cases of insured, non-elderly adults struggling to pay medical bills.2 Hamel, Liz; et al. “The Burden of Medical Debt: Results from the Kaiser Family Foundation/New York Times Medical Bills Survey.” Kaiser Family Foundation. 5 January 2016. Accessed 22 November 2016. http://kff.org/health-costs/report/the-burden-of-medical-debt-results-from-the-kaiser-family-foundationnew-york-times-medical-bills-survey/.

This type of situation can occur because not all of the doctors working at a hospital are necessarily employees. To keep their own costs down, many medical centers now contract with physicians so they are not part of the regular, full-time staff. However, just because they are working there, doesn’t mean they accept the same insurance plans as the hospital. As independent contractors, these doctors have determined their own agreements with insurers.

What can you do if you find yourself the not-so-happy recipient of an emergency room bill for services you believed would be covered? Unfortunately, not a lot. It’s worth finding out whether your state of residence offers some protection for this scenario. Some states, such as New York, have laws against surprise hospital bills. But even in New York, the law only applies to state-regulated health plans.

Another option is to contact your insurance provider. You may be able to reason with a company representative that the bill is unfair because you chose an in-network hospital, making you unaware that any physicians employed there might not be covered under your policy. If that’s unsuccessful, you can try to negotiate with the doctor to lower the bill or at the very least, work out a payment plan to spread the expense out over time. That’s certainly a better choice than failing to pay a bill you can’t manage and letting it go to a collection agency which will tarnish your credit rating.

In the case of future hospital visits, just as with your health, it pays to always advocate for yourself. That means asking questions when you arrive and making sure every doctor who takes part in your care is in your insurance network. Unless you are unconscious or in such bad shape that you can’t have a conversation (in which case a post-visit bill may not be your worst problem), you should take charge of the situation to protect yourself and your finances. 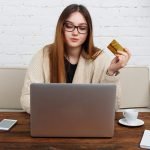