What Your Fingers May Reveal 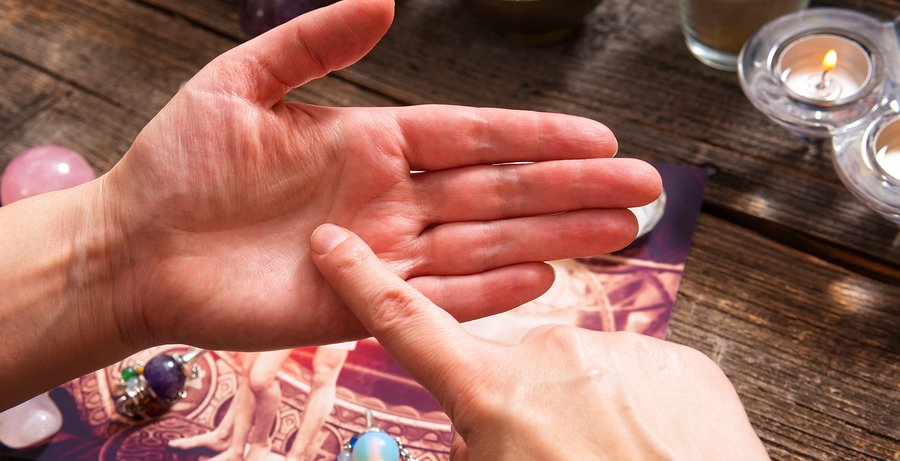 Back in college days, in my quest to “discover myself,” I poked around in palm-reading books. I still remember one tidbit I read concerning a difference in length between the index finger and the ring finger. When the pointer (index) finger is longer than the ring finger, one palm-reading book explained, the person has “the finger of the general.” This apparently indicated a bossy, controlling personality.

At the time, that bit of information concerned me because I’m cursed with the finger of the general. Now, many decades later, I find myself again looking at my fingers because of a new study from the University of Essex in Great Britain.1 “Length of ring and index fingers ‘linked to sexuality.’” 17 October 2018. BBC. 17 October 2018. http://www.bbc.com/news/health-45887691 According to the study, a discrepancy in size between your ring and index fingers tells plenty about your sexuality. Those whose ring fingers are longer than their index fingers are likely to be gay, particularly if they’re women.

The researchers studied the hands of 32 pairs of identical twins, including 18 female pairs and 14 male. In each set of twins, one twin was gay and the other straight. The study found that of the females, the lesbian twin typically had a longer ring finger than the pointer, unlike her sibling. In the male twins, the gay sibling also favored the ring finger, but the difference in finger length wasn’t significant. Also, in both genders, the gay twin typically had a shorter pointer finger than the average person and a longer ring finger.

Previous research concluded that women have less variation in finger size than men. Women’s index and ring fingers typically are of the same length, or close, while men have more of a discrepancy, with the ring finger usually longer. This pattern holds true from birth.2 Lawson, Willow. “Fingertips.” 11 July 2005. Psychology Today. 18 October 2018. http://www.psychologytoday.com/us/articles/200507/sexuality-your-telltale-fingertips Scientists believe testosterone causes the gender difference in finger length patterns, and that when a fetus is exposed to higher levels of testosterone in utero, ring fingers outgrow pointer fingers. When a fetus is about eight to 14 weeks old, its developing adrenal glands and testes or ovaries secrete sex hormones that initiate the growth of the genitals, affect the brain, and cause changes in the fingers. Amazingly, fingers are the only organ in the body, other than genitalia, that differentiate according to gender from birth on.

According to Psychology Today, “Many scientists believe relative finger length—or digit ratio—is a marker for brain differences molded by hormones. Like a bit of prenatal graffiti, a longer ring finger says, “Testosterone was here.”

The researchers believe that when one female twin is gay and the other isn’t, one probably got exposed to more testosterone than her sister, as reflected in her skewed fingers.  “Research suggests that our sexuality is determined in the womb and is dependent on the amount of male hormone we are exposed to or the way our individual bodies react to that hormone, with those exposed to higher levels of testosterone being more likely to be bisexual or homosexual,” the study authors write. “Because of the link between hormone levels and difference in finger lengths, looking at someone’s hands could provide a clue to their sexuality.”

Before you go checking hands, consider that most people have at least some length discrepancy between their index and ring fingers, and without measuring, you can’t know if the difference is statistically significant. Also, the study size was tiny. And, for what it’s worth, other studies point to additional things indicated by finger size discrepancies.

A study at the Norwegian University of Science and Technology (NTNU) found that women with longer ring than index fingers had more physical and athletic prowess and were better at solving 3D rotation tasks and spatial tests—capabilities typically associated with males.3 “Your fingers show your athletic potential and anxiety.” 12 October 2016. Science Daily. 19 October 2018. http://www.sciencedaily.com/releases/2016/10/161012095619.htm On the other hand, those with longer index fingers (the finger of the general), tended to do better on verbal memory tests, though they were more likely to develop Tourette’s Syndrome, ADHD, autism, anxiety, and depression. Study director Dr. Carl Pintzka of the National Competence Service for Functional MRI in Norway sums up, “The women who scored best on the mental rotation tasks had high levels of testosterone both prenatally and in their adult lives, while those who scored worst had low levels in both.”

So back to palm-reading. I did an internet search to see if hand analysts still hold that long index fingers signify a quest for power. Sure enough, the first link I clicked on, Real Simple, says of the “associated characteristics for each digit” that index fingers represent “Power, authority, vision, and influence”.4 http://www.realsimple.com/work-life/life-strategies/finger-reading The ring finger, it says, is associated with “creativity, self-expression, and a yearning to be in the spotlight.”  The second link, healthsfitness.com, says those with longer pointer fingers “were born to lead” and are “confident, take-charge people.”5 http://healthsfitness.com/smart-living/this-is-what-your-fingers-length-can-reveal-about-you/3

But according to science, those with the finger of the general—long pointer fingers and short ring fingers—likely had low testosterone exposure in utero and now manifest heterosexual tendencies, poor spatial ability, and vulnerability to depression and anxiety. Certainly, unathletic, mopey, anxiety-ridden females with poor spatial ability wouldn’t make good generals.  With hard research evidence to bolster my case, I’m no longer worried that I’m at risk of becoming an authoritarian tyrant. Rather, I now have an explanation for the fact that I banged my car into my own garage last month (poor spatial ability) and then sulked about the episode for days.