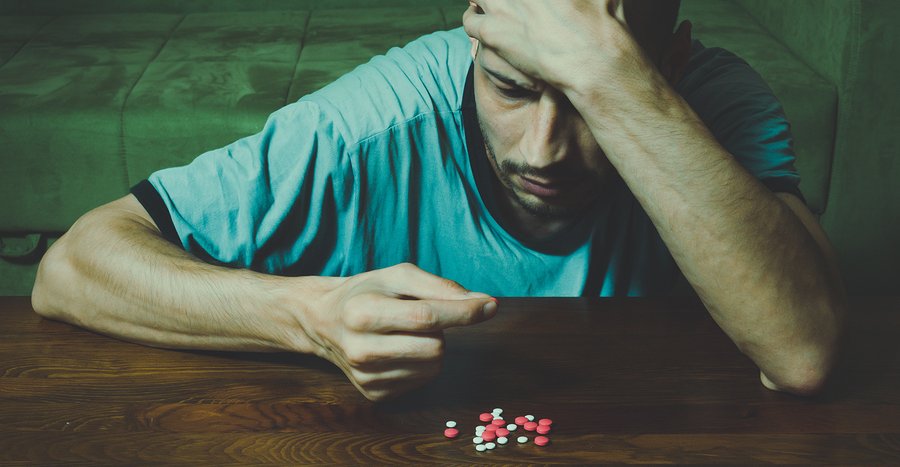 Kitchen icon Anthony Bourdain catapulted the subject of suicide onto the front pages last week when he took his own life, following on the heels of designer Kate Spade a few days earlier and Robin Williams (has it really been four years?). While celebrity suicides are nothing new, the recent rash of self-annihilation by well-known and well-beloved people of late brings focus to the fact that, among the general populace, suicide rates also have been escalating at breathtaking rates.

It doesn’t take a psychologist to notice that we’re depressed as a culture. Just look at TV. The lighthearted, funny, and hopeful shows that peppered the airwaves a few decades ago (Seinfeld, Friends, Northern Exposure, West Wing) and that portrayed a somewhat benign world have been largely replaced by dark, sad stories of destruction, greed, and loss (Game of Thrones, Orange is the New Black, Breaking Bad). It’s as if we can’t tell an upbeat story anymore. Same thing in music. A study in 2012 found that popular music has become progressively more depressing over the past 50 years, as measured by tempo and number of minor chords.1 “Pop music has become more depressing, claims study.” 28 August 2012. NME. 13 June 2018. http://www.nme.com/news/music/various-artists-2797-1250306 In fact, the study concluded that there were twice as many happy songs on the charts in 1965 compared to 2012. A newer study from the University of California at Irvine, published this year, found that popular music continues its decline toward the miserable, becoming ever unhappier.

In fact, suicide rates in the US have escalated an astonishing 25 percent in the past 20 years, with all states except Nevada (which already had a very high rate) seeing increases, with more than half of the states seeing a greater than 30-percent rise.2 Kennedy, Mark. “Singing the blues: Study of pop music finds rise in sadness.” 15 May 2018. AP. 13 June 2018. http://apnews.com/7feecbf68ecb4cc382eea998fea75650 Certain areas of the US experienced sharper spikes than others, with suicides in North Dakota, for instance, increasing by 58 percent. And, among some populations, the rate of increase is notably higher. Among women between the ages of 45 and 64, suicides rose by a startling 128 percent. Even youth suicides have increased, with rates among girls aged 15 to 19 doubling in the few years between 2007 and 2015.3 Holmes, Lindsay. “Suicide Rates for Teen Boys and Girls are Climbing.” 4 August 2017. Huff Post. 14 June 2018. http://www.huffingtonpost.com/entry/suicide-rates-teen-girls_us_59848b64e4b0cb15b1be13f4 For boys in that same age group, there was a 30 percent increase in those eight years. Even more shocking is the fact that more than one out of 10 teenage girls (11.6%) attempted suicide in 2015 (without necessarily succeeding), and one out of 20 boys.4 http://afsp.org/about-suicide/suicide-statistics/ Likewise, emergency room admissions across all age groups for self-harm increased by 42 percent between 2001 and 2016.5 Kashmira, Gander. “U.S. Suicide Rates: CDC Report Reveals Disturbing Rise in Deaths Across Almost All States.” 8 June 2018. Newsweek. 14 June 2018. http://www.newsweek.com/disturbing-rise-suicide-rates-across-us-1999-966016?yptr=yahoo

What’s up? Why are all these people choosing to exit the planet early? Experts say that mental illness has little to do with it, since more than half of those who kill themselves have no known history of psychiatric problems. Some mental health experts disagree, saying that many people lack access to mental health care, and so lots of people who commit suicide are simply undiagnosed.

But most experts concur that even relatively healthy people are killing themselves at accelerating, and distressing, rates. According to studies, about half of those who commit suicide blame it on overall stress; about 45 percent point to relationship problems; and 33 percent connect to some recent or upcoming crisis.

Certainly, though, we had relationship problems and crises galore and plenty of stress in past decades. What’s changed of late?

At least one theory being bandied about is that pharmaceuticals are causing widespread depression.6 Landieri, Alexa. “Study: Adults Use Medications that can Lead to Depression and Suicide.” 12 June 2018. U.S. News and World Report. 15 June 2018. http://www.usnews.com/news/health-care-news/articles/2018-06-12/study-adults-use-medications-that-lead-to-depression-and-suicide According to a 26,000-person study just published in the Journal of the American Medical Association, more than one-third of all adults in the US use medications that can induce depression as a side effect. The 200 drugs implicated include common prescription medications for blood pressure, pain, and birth control as well as heart medications, proton pump inhibitors, and antacids. Some of these drugs are available over-the-counter (even acetaminophen made the list).7 http://int.nyt.com/data/documenthelper/34-medications-potential-depression/1daa5542d3a2dd905a94/optimized/full.pdf#page=1 Apparently, many of the people taking these common drugs had no idea that their medication can cause depression even though rates of depression are significantly higher among those taking the drugs than among those not using medication.

Not surprisingly, the depression effect multiplies when several of these drugs are taken simultaneously, a common practice. Those taking three of these drugs simultaneously had depression rates three times those of the population at large (15.3 % versus 4.7 %), and that was after researchers adjusted for issues like chronic pain.8 Rabin, Roni Caryn. “Common Drugs May be Contributing to Depression.” 13 June 2018. New York Times. 15 June 2018. http://www.nytimes.com/2018/06/13/well/prescription-drugs-depression-suicide.html While a single medication might not affect an individual, the combined effect can wham them, and that’s not something most doctors necessarily warn patients about, especially since the prescriptions might come from different physicians. And truth be told, how many doctors are even aware of the problem? The study director, Dima Qato, noted, “The takeaway message of this study is that polypharmacy can lead to depressive symptoms and that patients and health care providers need to be aware of the risk of depression that comes with all kinds of common prescription drugs – many of which are also available over the counter.” It’s worth noting that while herbal medications typically have fewer side effects than pharmaceuticals, Reserpine, an extract from the evergreen Rauwolfia tree, now rarely used, which was prescribed as a sedative and to lower blood pressure, also is known to induce depression.9 http://medical-dictionary.thefreedictionary.com/reserpine Then again, does a synthetic knockoff of an herbal isolate really qualify as natural?10 Nicolaou, K. C.; E. J. Sorensen (1996). Classics in Total Synthesis. Weinheim, Germany: VCH. p. 55. http://www.amazon.com/Classics-Total-Synthesis-K-Nicolaou/dp/3527292845/ref=sr_1_1?ie=UTF8&qid=1529181263&sr=8-1&keywords=3527292845

While it’s unlikely that drugs alone are to blame for the suicide epidemic, as Dr. Phillip Muskin, Psychiatry Professor at Columbia University and secretary of the American Psychiatric Association says, “Does [the increase in suicides] correlate to the use of these medications? The honest answer is we don’t know. Could it play a role? The honest answer is yes, of course it could.”

You can minimize your risk of needing pharmaceuticals at all by eating healthy foods, exercising, meditating, periodically doing full-body detoxes, and taking the right supplements. If you do these things, you’ll not only reduce your need for prescriptions, but simultaneously eliminate depression triggers related to poor diet, inactivity, and toxic build-up, all factors that add to the depression-stew and may ultimately contribute to suicide risk. 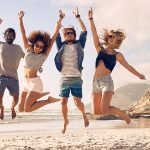