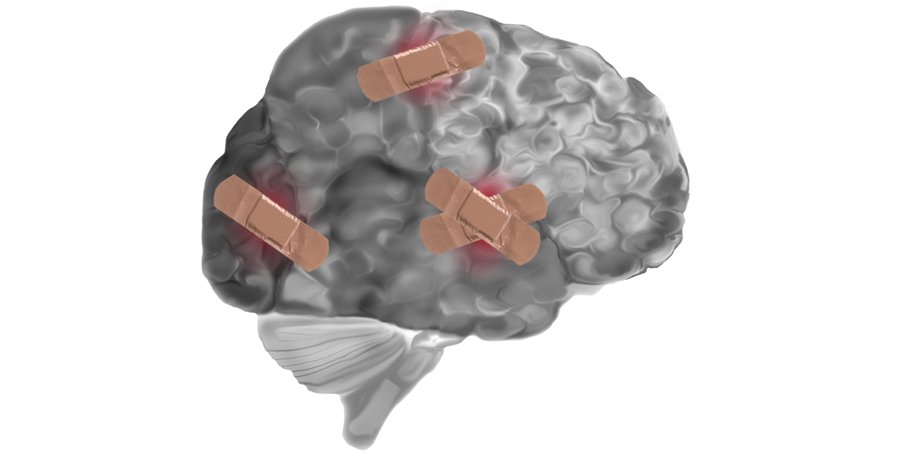 Concussions are certainly in the news because of the National Football League, but with the NFL we’re talking about repeated major concussions, not mild concussions. “It’s just a mild concussion.” That’s the way we tend to characterize those injuries involving bumped heads. As more research accumulates about concussions, though, it’s seeming that the word “just” doesn’t belong in the descriptor. As it turns out, concussions of any severity can lead to more far-reaching damage than previously thought, including­–according to a new study from Canada–death by suicide.1 Cepelewicz, Jordana. “A Single Concussion May Triple the Long-Term Risk of Suicide.” 8 February 2016. Scientific American. http://www.scientificamerican.com/article/a-single-concussion-may-triple-the-long-term-risk-of-suicide1/

The University of Toronto study found that suicide rates among concussion victims are three times higher than suicide rates among those who never had a concussion. This wasn’t the first research linking head injuries to suicide. But previous investigations focused on athletes and military veterans, while this study looked at a broad cross-section of concussion victims. The distinction is important because one would be likely to think that an injury sustained on a battlefield might have repercussions that an injury received falling off a ladder picking apples would not. Also, earlier studies primarily looked at the effects of severe head injuries, while this one focused on mild concussion of the “rest a few days and you’ll be fine” variety.

The researchers followed about 250,000 adult concussion victims over a period of 20 years and found that suicide rates among this population ran about three times higher than in the population at large. Remember, the population included only those who had suffered mild concussions. Those who had more severe head injuries were excluded. In numbers, this translates to 660 suicides, or 31 deaths per 100,000 patients each year. Half the subjects were male, the average age was 41, and 86% lived in a city.2 Davenport, Liam. “Concussion Triples Suicide Risk in General Population.” 10 February 2016. Medscape Multispecialty. 12 February 2016. http://www.medscape.com/viewarticle/858778 The data were combed for geographical location and previous psychiatric history, with neither affecting the results, although men were more likely to commit suicide than women. Subsequent additional concussions upped the risk accordingly, with each additional concussion adding another 30 percent risk.

According to study director Dr. Donald Redelmeier, “One explanation is that they just don’t go for treatment at all, unlike the safeguards that occur relative to workplace injury. If you are knocked out, your employer is going to want you to get checked out, as will your work colleagues, and those safeguards are just not apparent on Saturdays and Sundays on your own recreation…There are other alternative explanations, including this notion of how you feel about it after the fact. If it was a truly self-selected activity where you’ve got nobody to blame but yourself, you might not get the same degree of support from your families or friends compared to a misadventure in the workplace.”

The confounding thing is that the suicides don’t typically happen right after the injury occurs, and, in fact, the average lag time is six years. But this statistic may be misleading. As it turns out, the “apparent” physical symptoms of concussions typically resolve quickly, and this may cause doctors to stop following the effects on the patients. But as this study shows, less obvious effects may linger long after a concussion victim has stopped feeling nauseous and dizzy. As Dr. Redelmeier notes, “Greater attention to the long-term implications of a concussion might save lives because deaths from suicide can be prevented.”3 Pederson, Tracey. “Long-Term Risk of Suicide Jumps After Concussion.” 10 February 2012. Psych Central. 12 February 2016. http://psychcentral.com/news/2016/02/10/long-term-risk-of-suicide-strongly-increases-after-concussion/98905.html

Experts point out that even mild concussion is a form of traumatic brain injury, and brain injuries can lead to psychiatric issues many years after the injury occurs. In fact, depression rates among concussion victims run three times higher than among the general population.4 Straus, Lindsay Barton, JD. “History of Concussion Linked to Increased Risk of Depression in Teens.” MomsTeam. 12 February 2016. http://www.momsteam.com/health-safety/history-concussion-linked-increased-risk-depression-in-teens One study found increased anxiety in 76.7% of victims of mild traumatic brain injury, and there’s also an increase in sleep disturbances among concussion survivors. All of these things can precipitate suicidal ideation.5 “Mild traumatic brain injury and psychiatric illness. December 2006. BCMJ. 12 February 2016. http://www.bcmj.org/article/mild-traumatic-brain-injury-and-psychiatric-illness

But why the psychological effects after a bump to the head? A study a few months ago from the University of Pittsburgh discovered that the brains of post-concussion patients often had changes in the white matter–the fibers in the brain that transmit signals from one brain region to another.6 “Brain injury patterns linked to post-concussion depression and anxiety.” 16 June 2015. Radiological Society of America. 12 February 2016. http://www.eurekalert.org/pub_releases/2015-06/rson-bip060915.php Not all concussion victims show these changes, but a significant portion do, particularly those experiencing depression or anxiety. According to the Radiological Society of America, depressed concussion victims “had decreased… structural integrity of white matter connections around an area near the deep gray matter of the brain that is strongly associated with the brain’s reward circuit.” These changes are similar to those seen in non-trauma victims suffering from depression. Those suffering anxiety had defects in a white matter area associated with fear.

Interestingly, a handful of experts believe that we’ve got it wrong, that concussions don’t actually cause suicidal impulses, but rather, it’s the other way round–that suicidal people are more prone to concussion (although again, the research found no link between preexisting mental illness and concussion). Nevertheless, some say that people who drink heavily, for instance, are more likely to get into accidents, as are people preoccupied with depressive thoughts.

In any event, up to five million people in the United States suffer concussions every year, and most of them recover and lead normal lives. Still, those who have had concussions would be wise to tell their healthcare practitioners about it even if the injury occurred decades earlier and to take as much time to heal as possible instead of trying to leap right back into action. Meanwhile, physicians need to pay more careful attention to the long-term psychological well-being of concussion survivors. 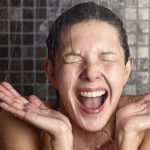