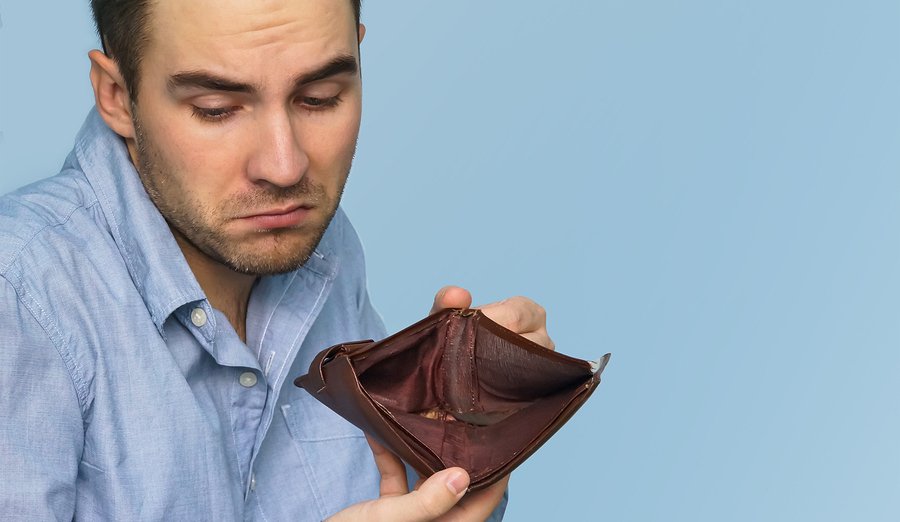 The majority of us face some monetary worries at some point in our lives. It’s an extremely common problem with less than 30 percent of Americans considered financially healthy in a 2018 investigation by the Center for Financial Services Innovation. But, as it turns out, the problem might not be just monetary.  If your job is at risk, it might hurt more than your bottom line. New research suggests that financial instability can damage your heart.

The study, which took place at the University of Miami in Coral Gables, Florida, found that volatile income levels may increase the risk of heart problems and early death.1 Elfassy, Tali; et al. “Associations of Income Volatility With Incident Cardiovascular Disease and All-Cause Mortality in a US Cohort:  1990 to 2015.” Circulation. 7 January 2019. Accessed 13 January 2019. http://www.ahajournals.org/doi/10.1161/CIRCULATIONAHA.118.035521> These results were based on an investigation that included close to 4,000 men and women, all of whom were between 23 and 35 years old at the outset. The subjects were tracked for 15 years, providing information about their income as the research began and again four more times during the follow-up period. Throughout this time, the researchers assessed the participants’ medical records, noting any heart-related occurrences or deaths.

Those volunteers with more fluctuations in income were more than twice as likely to develop heart disease and almost twice as likely to die at a younger age versus their counterparts whose income tended to remain stable over time. It should be noted that the swings in income level were generally associated with negative occurrences such as time spent unemployed or drops in salary due to changes in employment. So, for the most part, income fluctuations took the form of decreases in salary rather than increases.

Not surprisingly, the more extreme the subject’s situation was, the greater the risk of heart problems. In those whose income had been reduced by 25 percent or more since the previous evaluation, both income volatility and income losses were linked with a higher chance of having a heart attack, stroke, heart failure, and early mortality. Those with more than two decreases in income over the course of the 15 years were shown to have 2.5 times the risk of a heart event like a heart attack or heart failure and close to twice the risk of premature death versus their peers without multiple income drops.

What the investigators did not expect was the degree of impact that financial volatility had on the participants, especially given their age. Remember that as the study began, the volunteers ranged in age from 23 to 35, so even at the very end of the tracking, they were still somewhere between 38 and 50—relatively young ages to be experiencing serious heart problems or heart-related deaths.

But maybe we shouldn’t be surprised, given the fact that losing a job or experiencing a significant drop in income can be one of the most stressful things a person can go through. Stress can take a huge toll on a person’s health both mentally, increasing the risk of depression and anxiety, and physically, by causing the body to release greater quantities of cortisol. Cortisol is a hormone that functions to help us in quick fight or flight moments, but if its levels remain elevated over time, the result can be systemic inflammation, headaches, sleep disruptions, and damage to the immune system. And stress has also been linked to obesity and hypertension, both of which are risk factors for cardiovascular disease.

So, what do you do if you work in an unpredictable industry where jobs are often being cut or salaries pared down, or if you have already experienced some income fluctuations? Don’t panic and stress yourself out even further. Do what you can to keep yourself marketable, such as taking a course that furthers your skill in a particular area or offering to take on some projects at work that might shine a light on your value there.

More important, however, you need to learn techniques for managing stress, which can help you in everyday life and even more so if you experience an income drop. Try mindful meditation, yoga, or aerobic activity to soothe your jangled nerves and maintain a more relaxed state of being. And continue to strive to live a healthy lifestyle such as that outlined in the Baseline of Health program, as this can help safeguard against heart problems and other potentially deadly conditions.