Health Effects of Spending Time with a Narcissist 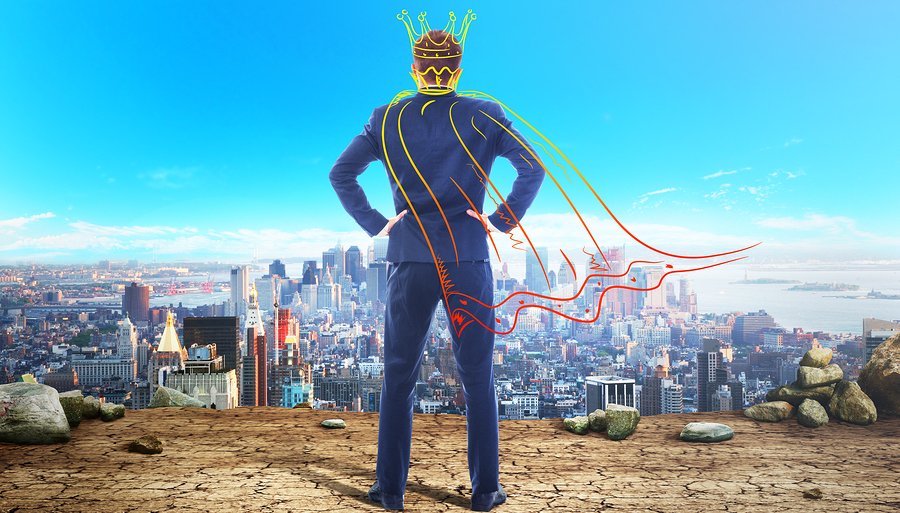 Last week, I paid a visit to an elderly relative whom I hadn’t seen for a while. Aunt Elaine spent the entire two days complaining and criticizing, without taking a breath. She offered scathing criticisms of people dear to me, and when I disagreed with her assessments, her voice got louder, her mood grew darker, and I wasn’t permitted to finish my sentence. In fact, she cut me off constantly, even during normal conversation. Later, she wanted me to make her an ice-cream soda and insisted I also have one.  When I said I’d make hers but didn’t want one for myself, she told me I’ve “always looked gaunt and sickly in the past” and an ice-cream soda would help me put on weight. She expected to be served three meals a day plus whatever snacks she craved, without offering thanks. And as mentioned above, she never stopped talking.

My husband and I left her house reeling, unsure of what had hit us. A little research made clear we had been witnessing Narcissistic Personality Disorder (NPD) in full swing. In contrast to popular understanding, NPD isn’t about a moment of selfishness or even about a general pattern of self-involvement. Rather, it describes an entire complex of hostile and self-serving behaviors so well outside the norm that those living with an NPD individual can develop psychological problems in response. In fact, mental health practitioners describe a condition called “Narcissistic Victim Syndrome” common among those who live with, grew up with, or work for a narcissist. If you’re wondering if someone in your circle qualifies for NPD, here are some common traits:1Fay, Mary Jo. “Narcissism Victim Syndrome: A New Diagnosis?” 17 July 2004. Medical News Today. 29 January 2019. http://www.medicalnewstoday.com/articles/10872.php

Not all narcissists have all of these traits, but if someone you know displays a handful, they probably qualify for the diagnosis. Keep in mind that sometimes it can be difficult to spot a narcissist, at least at first, as narcissism varies in intensity and some may have just a touch while others have a more toxic version. Also, narcissists tend to “love bomb” those new or useful to them in order to gain the support and admiration they crave, meaning they overwhelm their target with displays of affection, gifts, compliments, etc. It can be easy to fall prey to all that attention and ego-stroking, so narcissists often have many admirers. In order to garner that admiration from others, narcissists can put on a good act in the community, becoming the head of charities and clubs, buttering up important people. They do a great job covering up their abusive behavior in order to appear exemplary. They continue to love-bomb those useful to them, but when the usefulness declines, the NPD individual turns cruel, sometimes flip-flopping from loving to abusive in minutes and apparently for no reason.

How common is narcissism? A 2008 study in Journal of Clinical Psychology puts the rate at 6.2 percent of the general population, and slightly higher for men.2Ni, Preston. “10 Signs that You’re in a Relationship with a Narcissist.” 14 December 2014. Psychology Today. 29 January 2019. http://www.psychologytoday.com/us/blog/communication-success/201409/10-signs-youre-in-relationship-narcissist The worrisome thing is that by all measures, the disorder seems to be on a sharp upswing. A 2009 study found that narcissism had doubled in the US within 10 years and that one out of every 16 individuals had been NPD at some point in their lives. Young people, in particular, seem to be increasingly narcissistic, with an astonishing 30 percent scoring an NPD diagnosis when administered a standard psychological test.3“What is the Prevalence of Narcissism?” 19 May 2014. The Narcissistic Life. 30 January 2019. http://thenarcissisticlife.com/what-is-the-prevalence-of-narcissism/ Those in their 20s are three times as likely to score an NPD diagnosis compared to those older than 60, although rates of narcissism are increasing within all age groups. Experts blame the self-esteem movement, spending more time on media than on the direct human interactions necessary to develop empathy, and societal emphasis on individualism instead of the collective.

Those unfortunate enough to have an NPD individual in a central position in their lives typically develop certain symptoms that, as mentioned above, have been labeled Narcissistic Victim Syndrome by mental health professionals. While narcissists often resist therapy because they believe they’re better than fine, victims seek it out. Those who’ve been subject to abuse from a narcissist often suffer symptoms similar to those of post-traumatic stress disorder (PTSD)—including insomnia, a penchant for reliving traumatic incidents, avoiding places and things that cause anxiety, and being easily startled and overly sensitive to emotions such as anger and panic.4Taylor, Jim, PhD. “Narcissism is Alive and Well in America.” 16 May 2011. Psychology Today. 29 January 2019. http://www.psychologytoday.com/us/blog/the-power-prime/201105/narcissism-is-alive-and-well-in-america They tend to be anxious and fearful, with low self-esteem, loss of interest in life, and limited hope for the future. They also may be prone to dissociation–in other words, not seeming fully present–and they may somaticize (i.e., turn mental states into physical conditions).

Healing may require separation from the NPD person. If the NPD individual is a boss, it means quitting the job. If a spouse or partner, it’s quitting the relationship. It’s a bit more difficult if the NPD is a parent or child. Leaving probably won’t be enough. The wounds inflicted by a narcissist run deep, and counseling is usually necessary to help victims understand what they’ve been through and to recover a realistic sense of self untainted by the narcissist’s projections.