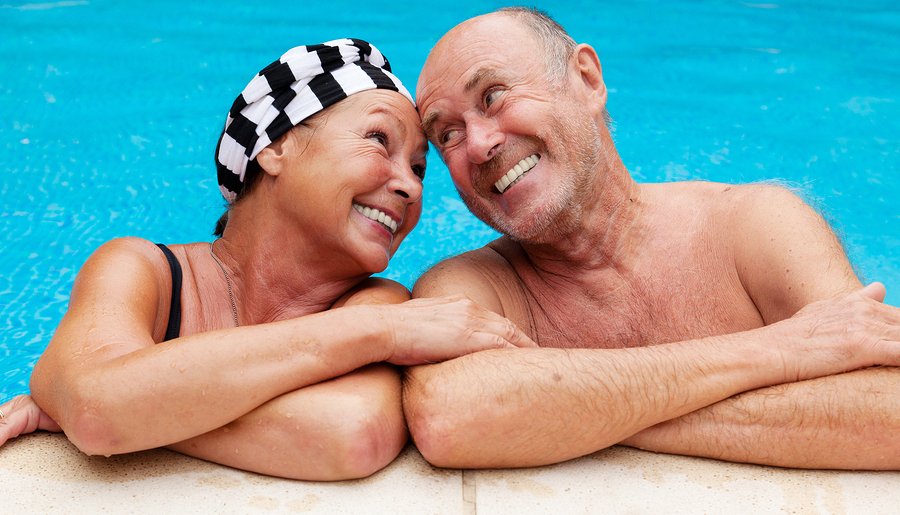 Many people have preconceived notions about what it’s like to be married for a long time, and a popular one is that the couple will let themselves go and gain a lot of weight. Apparently that’s an old wives’ tale, at least among those who are involved in a strong and happy partnership. According to new research, the opposite actually seems to be true, with a good marriage helping you stay thin as you get older.

The study, which was conducted at the Harvard T.H. Chan School of Public Health in Boston, Massachusetts, found that happily married couples in a supportive relationship have a lower risk of becoming obese in middle age.1 Chen, Ying; et al. “A prospective study of marital quality and body weight in midlife.” Health Psychology. March 2018. Accessed 18 March 2018. http://psycnet.apa.org/doiLanding?doi=10.1037%2Fhea0000589. The results are based on an investigation involving 2,636 men and women who were either married or in long-term, “marriage-like” unions that were simply never formalized legally. (Note: this doesn’t mean that if you and your spouse are overweight, you are in an unhappy marriage. We’re only talking about odds here.)

These subjects answered questions regarding how they perceive support in their marriage, whether it is a strained relationship, and how they would describe the quality of their partnership as a whole. The researchers then converted these responses to a numerical ratings system for more accurate assessment. For a period of close to 10 years, the participants were followed and they provided updates on their weight and the state of their marriage.

Volunteers who reported having a satisfying, high quality marriage with a lot of support tended to (again, that’s “tended to,” not definitely) gain less weight over the course of the study than their counterparts who felt their marriage was of a lower quality. Based on the numerical scale set up by the investigators, each step up in quality represented three-quarters of a pound less weight gained and a 10 percent reduced obesity risk. And support was shown to be even more important than overall marriage quality, with subjects gaining approximately 1.5 fewer pounds and experiencing a whopping 22 percent lower risk of obesity for each higher step on the support scale.

Fewer pounds gained and a reduced risk of obesity are both significant, especially in context of middle age. Many people gain weight at a rate of one to two pounds per year from early adulthood through middle age. And with obesity rates currently at 36 percent of adults in the United States, anything that can potentially stem this tide would be a huge shift in the right direction.

It’s important to note that these findings are not necessarily consistent with some other research, such as a 2013 study at Southern Methodist University in Dallas, Texas, which found that happy marriages are instead associated with weight gain.2 Meltzer, AL; et al. “Marital satisfaction predicts weight gain in early marriage.” Health Psychology. July 2013. Accessed 19 March 2018. http://www.ncbi.nlm.nih.gov/pubmed/23477578. However, the current study focused solely on older couples, who have possibly come to the realization that they need to emphasize their health and take better care of themselves and their partners, particularly since they enjoy happy, loving relationships.

That aspect of the results is actually very much in line with other investigations’ findings. A 2011 study at Tel Aviv University in Israel showed that support from close relationships can significantly lower the risk of death from any cause. It’s a good reminder that the benefits of having a solid social network can do wonders for your mental health and overall physical well-being.

So where does this leave you if you’re not in the greatest of relationships? No worries, there is still hope. First of all, an unexpected finding of the study was that marital strain did not have a major effect on weight gain. That’s good news, but if you’re in a relationship that you’d categorize as lower in quality, consider what you can do to improve it. Communication is essential, calmly discussing whatever your problems are to find ways to resolve them. You might be pleasantly surprised by your partner’s willingness to make efforts to reach a better marital state.

Let’s also keep in mind that your significant other is not the only important person in your life. Nurture your relationships with other family members and close friends since they too can provide wonderful sources of support and love that can have just as many benefits as those derived from marriage.

Have a Healthy Valentine’s Day