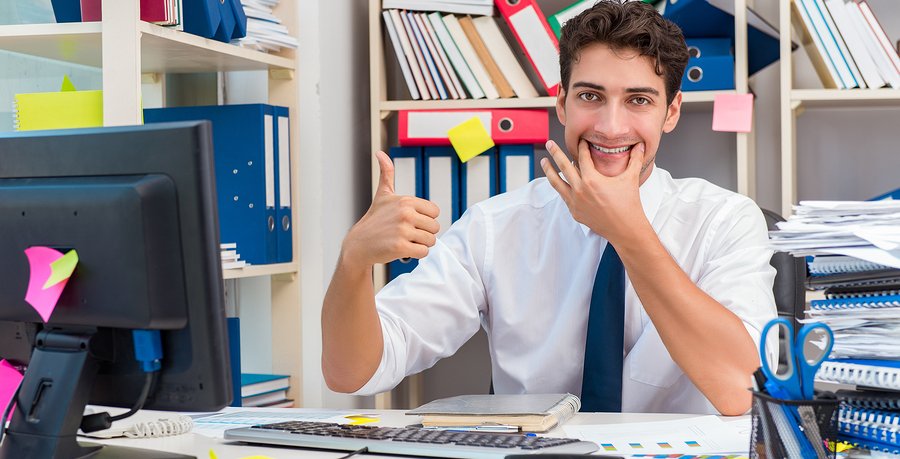 Some people have the kind of jobs in which they can sit in their office or cubicle and barely come into contact with anyone all day. Other people, however, have the type of position that involves a steady stream of interaction with others, which generally means putting on a happy face even when they don’t feel like it. You might think that it’s no big deal if that’s what you have to do to get through your days, but it seems that is not the case. New research suggests that faking a smile at work could lead to overindulging in alcohol after hours.

The study, which was conducted at Pennsylvania State University in University Park, found that employees who force themselves to smile or conceal their feelings of irritation towards customers may be more likely to drink to excess when their work is done for the day.1Grandey, Alicia A.; et al. “When are fakers also drinkers? A self-control view of emotional labor and alcohol consumption among U.S. service workers.” Journal of Occupational Health Psychology. 4 March 2019. Accessed 17 April 2019. http://psycnet.apa.org/doiLanding?doi=10.1037%2Focp0000147 These results are based on information collected in the National Survey of Work Stress and Health, which was answered by working men and women across the United States.

Focusing on the responses of 1,592 subjects, the researchers considered a number of variables. They looked at job-related data, such as whether the participants feel they have some control at work; questions designed to evaluate certain personality characteristics, like their impulsivity level; and behavior-related topics including how frequently and in what quantities they tend to drink alcohol after work.

The most robust association with heavier drinking after work was found in highly impulsive individuals who felt they had to force a smile regularly in positions where they typically have little relationship with the customers they meet. Many entry-level customer service kinds of jobs like this are filled by young, inexperienced men and women who may struggle with the reality of how their career is starting off but desperately need to receive the paycheck it provides. Needless to say, that likely fuels their frustration and may be why drinking after work seems appealing.

Several of the other professions that were considered in the research, such as teaching and nursing, did not see nearly as great a correlation to after-hours alcohol consumption despite their often having to be smiling and happy-seeming for their students and patients, respectively. But that is likely the result of a combination of factors. One primary cause may be the fact that people in these two professions are in control of most aspects of their situation at work. And the other is that the relationships they are building with the people they help makes their job much more rewarding, so having to fake that smile sometimes feels much more worthwhile.

While there is nothing wrong with having a drink now and then after work, consuming alcohol several nights a week is linked with a variety of health problems. A 2008 study at the University of Chicago in Illinois showed that women who consumed less than one drink a day had a seven percent increased risk of breast cancer, whereas those who drank one to two alcoholic beverages a day had a 32 percent increased risk. And a 2014 study at the Centers for Disease Control and Prevention in Atlanta, Georgia found that excessive alcohol intake may reduce lifespan by a whopping 30 years!

So, what do you do if you’re stuck in a job you don’t find appealing where you have to plaster a smile on your face and deal with strangers every day? The first order of business is to update your resume and start applying for any more agreeable opportunities you can find. Network with contacts from school or people you had worked with previously, take a class to improve your marketable skills, and check job sites in your field regularly.

It may take months to find a new position; so, in the meantime, find outlets other than drinking to improve your mood after work. Spend time with friends and family who care about you and make you feel loved and uplifted. Take up a stress-busting activity like meditation or yoga to relax and get your work woes off your mind. And exercise is always a great way to relieve stress and get your feel-good endorphins pumping so you’ll be happier (and healthier, to boot). 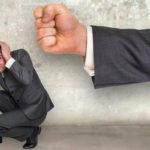 Getting Bullied at Work Harms Your Heart