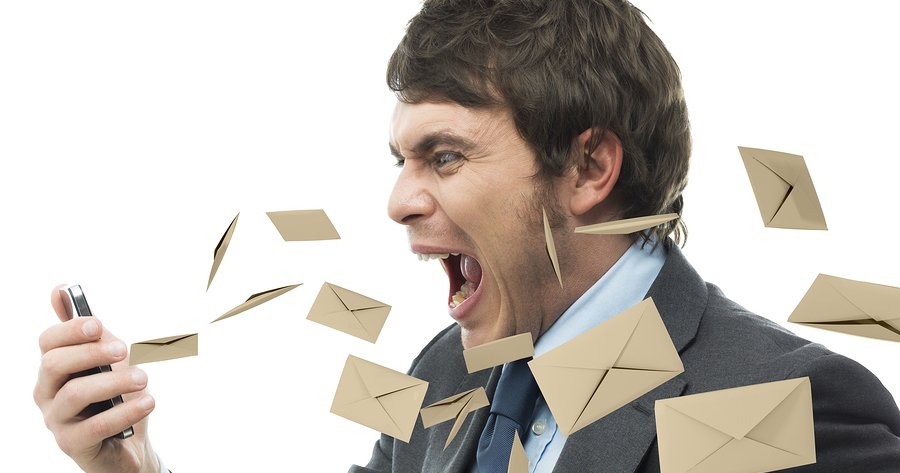 When was the last time you checked your inbox? If you’re a typical American, it was within the last 15 minutes. An ever increasing number of us are addicted to email and/or text messaging, and according to a new report from the Future Work Centre in London, constant email updates are “a toxic source of stress.”1 Clarke, Billings, Lucy. “Psychologists warn constant email notifications are toxic source of stress2 January 2016. The Telegraph. 7 January 2016. http://www.telegraph.co.uk/news/health/news/12078182/Psychologists-warn-constant-email-notifications-are-toxic-source-of-stress.html While you’re reading this, your inbox no doubt is accruing new messages, and when you finish reading, you might well be tempted to check what came in. Last year, the Radicati Group in Palo Alto, California, tracked email use worldwide (text messaging was not included). At the time, they found 4.1 billion email accounts registered throughout the world. They anticipate an increase of another 1.1 billion accounts by 2018, an astronomical growth rate. They also found that the average employee spends 28 percent of time at work dealing with email.2 Vanderkam, Laura. “Stop checking your email, now.” 8 October, 2012. Fortune. 7 January 2016. http://fortune.com/2012/10/08/stop-checking-your-email-now/

What do these numbers mean in terms of how many emails the average person receives daily? Those in the working world accrue 121 new messages each day.3 “Emails expected to rise to 140 a day in 2018.” 4 May 2015. News.com.au. 7 January 2016. http://www.news.com.au/finance/work/emails-expected-to-rise-to-140-a-day-in-2018/story-e6frfm9r-1226904239876 Radicati predicts that by 2018, that number will grow to at least 140. In fact, another organization, Baydin Email Management, found that workers already receive, on average, 147 emails a day. They delete about 71 of those, which takes three seconds per deletion. Then there’s the outflow. The average worker sends out about 43 new emails a day. Translated, we’re getting anywhere from 12 to 15 emails per hour if we work a long, 10-hour day. In that same period of time, we send out at least five per hour.

Over half of all workers spend at least two hours a day in their inbox, according to 2012 research, and 35 percent of all workers check their email at least every 15 minutes. Other studies have found that the average person checks every 15 minutes even when not at work.4 Rafael, J.R. “Email Addiction: Five Signs You Need Help.” PC World. 8 January 2016. http://www.pcworld.com/article/150928/addiction.html Since the trend seems to be toward an increasing email glut, that figure has probably increased in the past four years to more like 50 percent of workers checking email every 10 minutes. That pattern might not be so problematic if workers just took a peek at new messages and then returned to the task at hand, but instead, the study found that 70 percent of them typically respond within six seconds of opening a message.5 Marulanda-Carter, Laura and Jackson, Thomas W. “Effects of email addiction and interruptions on employees.” JSIT. 7 January 2016. http://citeseerx.ist.psu.edu/viewdoc/download?doi=10.1.1.376.5919&rep=rep1&type=pdf In other words, they get pulled off of whatever they had been doing. It also discovered that interruptions from email caused disruptions that lasted a lot longer than the actual time spent reading and responding. Looked at from another angle, 60% of those responding to a 2010 Huffington Post poll said that they disconnect from email only two hours a day; 20 percent disconnected for less than 30 minutes.6 Gaita, Paul. “”Email Addiction May Cause Increased Stress, Heart Problems.” 15 May 2015. The Fix. 8 January 2016. http://www.thefix.com/content/email-addiction-may-cause-increased-stress-heart-problems

There’s a reason that we feel compelled to jump over to the email account constantly, beyond the obvious. According to psychotherapist Nancy Collier, email triggers what she calls “lottery brain.”7 Collier, Nancy. “Why We Are Addicted to Checking Email.” 3 April 2013. Huff Post Healthy Living. 8 January 2016. http://www.huffingtonpost.com/nancy-colier/email-addiction_b_2590250.html

“It is the part of the brain that produces the thought/hope/belief that miracles can happen, and specifically, to us — personally,” she explains. “To some degree, ‘lottery brain’ is an adaptive part of us, as it inspires hope and a sense of possibility, as long as that hope is also supported by proactive agency in our behavior.”

In other words, we watch the inbox hoping some miraculous good news will arrive–that we’ve been chosen for an award, recognized by an old love, forgiven by a foe–and so on. We aren’t necessarily conscious that we’re hoping for such news, but the driver is there in the background, and it causes addictive behavior, much like a gambling addiction does.

And then, there’s the “desired distraction” factor. As Peter Bregman, author of 18 Minutes: Find Your Focus, Master Distraction, and Get the Right Things Done says, “Email is such a seductress in terms of distraction because it poses as valid work. You’re supposed to be working on a proposal, but you don’t feel like working on the proposal, so you check your inbox.”

Whether you’re hoping for a miracle or seeking distraction, chances are that you’re using email to soothe yourself because you’re not 100 percent happy in the moment, and your email habit is a symptom. You’d perhaps be better off looking at how to make your life more fulfilling than opening the next useless message in the lineup because there are costs to email obsession beyond lost productivity. As an article in Fortune magazine points out, the average father spends more time daily deleting emails than reading to his kids. Even more, new research out of Loughborough University in Great Britain determined that too much time on email may lead to stress-related conditions such as hypertension, thyroid disease, heart failure and coronary artery disease.8 “Email addiction may increase stress.” 11 May 2015. Business Standard. 8 January 2016. http://www.business-standard.com/article/pti-stories/email-addiction-may-increase-stress-115051100764_1.html One huge issue that chief researcher Professor Tom Jackson found was that workers don’t even realize that email is stressing them out, so they don’t modify their behavior.

“…in my study users perceived themselves not to be stressed when the physiological findings showed their bodies were under increased stress,” he says. “This would indicate that employees might find it difficult to self-regulate their use of communication media to ensure they do not become overwhelmed by stress.”

Earlier studies pointed to lost sleep, exhaustion, and lack of focus stemming from the pressure employees felt around emails piling up. The fact is, the sheer volume of incoming emails is overwhelming, especially if we have plenty of things to do other than read and respond to messages. That may be why the “open rate” for emails is only about 20 percent, meaning that 80 percent of what lands in the inbox never even gets looked at. And then, of the emails that do “get read,” only a small fraction of what’s on the screen actually gets taken in. The average American has 500 unread emails in the inbox at any time; some have thousands.9 “Poll: Just 22% percent of Americans have no unread emails in their inbox.” Hot Air. 8 January 2016. http://hotair.com/headlines/archives/2015/06/05/poll-just-22-of-american-e-mail-users-have-no-unread-messages-in-their-inbox/ A 2010 study found that the average person only reads 35 words in a 95 word message, or 77 words if the message is 350 words.10 Licino, Hal. “Why 78% of Your Email’s Text is Never Read.” 1 September 2010. Benchmark. 8 January 2016. http://www.benchmarkemail.com/blogs/detail/why-78-percent-of-your-email-text-is-never-read Ever wonder why there’s so much miscommunication and misunderstanding that occurs via email?

The bottom line is that while email is an efficient way to communicate fast, it often falls short as a way of actually communicating. Yes, we need email, but too much of a good thing may well be poison in this case. Experts recommend that you unsubscribe from anything you don’t open, you limit your email views to three times per day, and don’t do it first thing in the morning. Another solution is to ask your company to shut down the servers after hours so you don’t receive a stream of work emails all night. At home, you can shut down the router so you only have to deal with the text messages assaulting your phone.

Too radical? Just consider the fact that not very long ago at all, we used telephones and stationary to communicate, and by most measures, we were a whole lot less stressed.