Does Your Dog Love You? | Natural Health Blog 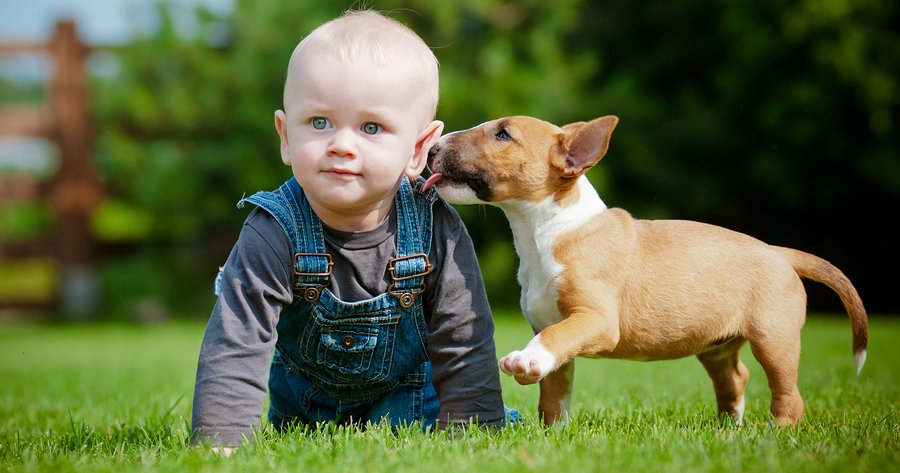 Does looking at your dog make your heart go pitter-patter? If so, you’re in good company. Witness book titles like Why Dogs Are Better Than Men, Love Gone to the Dogs, Dog Crazy-all big sellers on Amazon. In fact, nearly every dog owner knows that love between pup and owner is as real as Valentine’s love between mates. It’s only the non-pet owners who dismiss “man/dog” love, but now, science has trumped their naysaying.

A new study out of Japan’s School of Veterinary Medicine at Azabu University found that when owners look into their dog’s eyes, both the dog and the human experience a blast of oxytocin, otherwise known as the “love hormone.” Studies have found that oxytocin, which is produced in the brain’s hypothalamus and transmitted to the pituitary gland, increases feelings of trust, love, and stability.1 “What is oxytocin? Why is oxytocin called the love hormone?” 26 September 2014. Medical News Today. 17 April 2015. http://www.medicalnewstoday.com/articles/275795.php Plus, it can produce optimism, relieve stress, and even increase self-esteem.2 Dvorsky, George. “10 Reasons Why Oxytocin is the Most Amazing Molecule in the World.” 12 July 2012. iO9. 17 April 2015http://io9.com/5925206/10-reasons-why-oxytocin-is-the-most-amazing-molecule-in-the-world

We humans normally experience the oxytocin blast when we hug someone we like, engage in intimate behavior, or even shake hands. A 2012 study found that couples newly in love had an overload of oxytocin in their systems compared to the uncoupled and the old coupled. In other words, it’s related to romantic feelings–and sex. Previous studies have found that mothers get a major spike of oxytocin when they look into the eyes of their babies.

According to the latest research, looking into a dog’s eyes produces that same effect as looking into the eyes of a romantic partner or your child.3 Hoffman, Jan. “The Look of Love is In the Dog’s Eyes.” 16 April 2015. The New York Times. 17 April 2015. http://well.blogs.nytimes.com/2015/04/16/the-look-of-love-is-in-the-dogs-eyes Puppy love is real! Although earlier studies have shown that contact with dogs triggers oxytocin release in humans, this is the first to prove  that your love for Fido isn’t unrequited.4 Olmert, Meg Daly. “Dog Good.” 9 May 2010. Psychology Today. 18 April 2015. http://www.psychologytoday.com/blog/made-each-other/201005/dog-good The dog gets the same kind of oxytocin high from meeting your gaze.

Oxytocin gets released even from casual contact, as well, although not in such abundance. Whether you shake hands or shake paws, oxytocin is produced. But gazing deep into your dog’s eyes produces a sharp spike in oxytocin. In fact, the longer you and your dog makes eye contact, the more oxytocin you’ll release, and the more your dog releases as well.

To conduct the study, the scientists recruited 30 dogs, including golden retrievers, German shepherds, standard poodles, dachshunds, Jack Russells, two mutts, and a miniature schnauzer. The dog owners played with their dogs for 30 minutes, under observation, making sure to make eye contact during that time.  Urine samples were taken from both the dogs and their owners before and after the play sessions.

At the conclusion, the researchers found that the dogs that looked at their owners for more than 100 seconds in the first 10 minutes had the greatest spikes in oxytocin, as did the lucky owners receiving the adoration. By the way, if you’re a breed snob and think your particular type of dog has it over the rest of the pack, it’s noteworthy that the researchers didn’t make note of any difference in the oxytocin response from one breed to the next. Nor did the dog’s gender matter.

Are only dogs and other humans capable of both eliciting and experiencing the love response? All mammals manufacture oxytocin, but that doesn’t mean all mammals can form the same type of love bond with humans that dogs do. In fact, the scientists repeated the exercise with wolf puppies raised by humans as a control group. No matter how wonderful the play sessions between the owners and the wolves, no oxytocin boost resulted for either owners or pets. That may in part be because wolves interpret eye contact as an aggressive behavior, but then again, so do some dogs until they “learn to love.”

Interestingly, cat owners have reacted to this study in numbers, insisting in hundreds of letters to editors that if the research had been conducted on their cats, the love effect certainly would have been observed.  “My cat and I exchange these looks of love all the time,” says EM in a letter to the editor of the New York Times. “Cat kisses with her eyes are routine, as is licking my hand. She sleeps on my chest and, as she settles in, she looks up at me with her big blue eyes, extends her paw upward and rests her paw on my cheek.”

The researchers didn’t test cat urine, but given the response, perhaps will soon. They did, however, conduct a secondary experiment in which they doused the dogs with additional oxytocin to see how that altered behavior. They found that the female dogs made eye contact for longer periods of time when they received the extra oxytocin, but not so males. They have no explanation for that result.

According to Dr. Takefumi Kikusui, one of the researchers, dogs may have intentionally developed the puppy love stare. “There is a possibility that dogs cleverly and unknowingly utilized a natural system meant for bonding a parent with his or her child,” he says.

What does it matter that doggie contact floods us with oxytocin? Some speculate that the research indicates that dogs can be used more extensively in healing than they now are. “The benefits of assistance dogs for individuals with autism or post-traumatic stress disorder — conditions for which oxytocin is currently being used as an experimental treatment – may arise partly through these social pathways,” according to an article accompanying the study results in Science.5 Maclean, Evan and Hare, Brian. “Dogs hijack the human bonding pathway.” 17 April  2015. Science. 18 April 2015. http://www.sciencemag.org/content/348/6232/280.full Letters to the editor point out that “Puppy Kiss Therapy” might provide a better cure for mood disorders than pharmaceuticals. As long as the dog hasn’t had its nose in the garbage, who’s to argue?