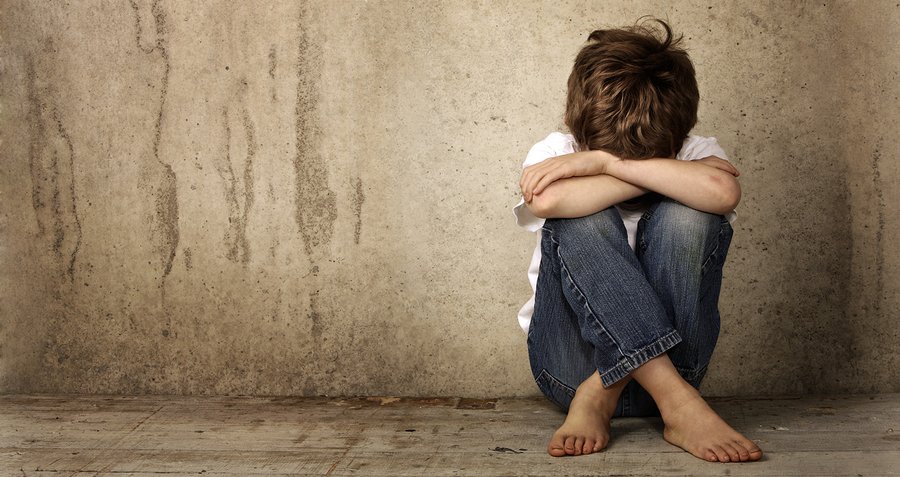 For most children, the idyllic days of youth aren’t really all that blissful. It’s hard enough failing to make softball team or cheerleading squad or the popular crowd, but, on top of that, most kids suffer at least one major, ongoing trauma at home. In fact, the Centers for Disease Control (CDC) has identified nine childhood traumas that have profound lifelong effects.1 Adverse Childhood Experiences (ACEs).” Centers for Disease Control. 14 September 2018. http://www.cdc.gov/violenceprevention/acestudy/index.html These Adverse Childhood Experiences (ACEs) include:

New research adds a few other traumas to this list: parental death, neglect, growing up in an environment of violence, and racism.2 Baker, Mitszi. “Undoing the harm of childhood trauma and adversity.” 5 October 2016. UCSF School of Psychiatry. 16 September 2018. http://psych.ucsf.edu/news/undoing-harm-childhood-trauma-and-adversity Studies show that traumas of this magnitude have such a profound effect on a child’s physiology that they continue to affect mental and physical health long into adulthood.

While some lucky kids turn 18 without having experienced any of these things, almost two-thirds experience at least one such trauma, while over 22 percent—nearly one out of every four children—suffers through three or more ACEs. One out of every six endures four or more ACEs. The most common ACE is emotional abuse, which 35 percent of kids endure, and then household substance abuse, experienced by 25 percent of all children. About 23 percent experience parental divorce or separation, and about 16 percent household mental illness or physical abuse.

While these statistics are concerning, even more startling, perhaps, is the extent to which childhood traumas impact health well into adulthood. Back in the mid-1990s, Kaiser Permanente and the CDC collaborated on a study of 17,000 HMO members to assess how their difficult childhood experiences translated into adult health outcomes. The subjects spanned multiple races, economic groups, educational backgrounds, and ages. The results showed that risk for both acute and chronic disease (not just mental issues, but also serious, life-threatening, physical illness) dramatically escalated with each ACE the individual experienced as a kid.

Based on the results, pediatrician Dr. Nadine Burke Harris explains, “Exposure to trauma during childhood can dramatically increase people’s risk for 7 out of 10 of the leading causes of death in the U.S.—including high blood pressure, heart disease, and cancer.”3 “Childhood trauma’s devastating impact on health.” Harvard School of Public Health News. 15 September 2018. http://www.hsph.harvard.edu/news/hsph-in-the-news/childhood-traumas-devastating-impact-on-health/ The study found that those who experienced four ACEs as kids had 2.5 times the risk of chronic pulmonary disease and hepatitis in adulthood compared to those with no ACEs, 4.5 times the risk of depression, and 12 times the risk of suicide. Those with seven or more ACEs had three-and-a-half times the risk of heart disease and three times the risk lung cancer.4 http://www.youtube.com/watch?v=95ovIJ3dsNk&t=45s They also showed a 20-year reduction in life expectancy. The inflated risk remained even in the absence of high-risk behaviors like smoking and drinking. A subsequent study in 2010 found an increased risk for heart attack, diabetes, stroke, asthma, overall poor health, frequent mental distress, and disability among those who underwent at least one ACE.

These results made clear that childhood trauma presents a public health threat of enormous magnitude. According to Dr. Robert Block, Past President of the American Academy of Pediatrics, “Adverse Childhood Experiences (ACE) are the single greatest unaddressed public health threat facing our nation today.”5 http://www.aap.org/en-us/about-the-aap/aap-press-room/aap-press-room-media-center/pages/Robert-W-Block-Bio.aspx

As might be expected, some dismiss the correlation between having a difficult childhood and poor health in adulthood to be the result of unhappy people making bad lifestyle choices. You suffered as a kid and then as a grown-up, so, you smoke and drink and eat donuts and your health bottoms out. But as noted above, health suffers among ACE survivors even in the absence of high-risk behaviors. This may be because human biology prompts us to release adrenalin and cortisol when we’re faced with frightening or painful events. But when stress is ongoing, we get stuck in a state of constant hyper-alert and our body keeps releasing these stress hormones. Childrens’ developing bodies and brains aren’t equipped to deal with a constant influx of stress hormones, and the overload ends up affecting their brain function, immune system, hormonal systems, and even their DNA. At least one study shows that childhood trauma correlates to having shorter telomeres, which are “caps” at the end of chromosomes that keep them from deteriorating. Research shows that shorter telomeres are associated with higher risk for chronic disease.

The medical community largely accepts the fact that childhood ACEs have a major role in determining adult health, but public health efforts to address the sweeping problem head-on are still lacking. It’s certainly not an easy problem to address. There’s no pill or procedure to eradicate the health impacts of trauma.

There are a growing number of programs in place that are working to prevent later health damage by addressing trauma when kids are still young. Much of the emphasis in such programs is on addressing parental depression and dysfunction with counseling and encouraging kids to talk openly about what they’re experiencing. Dr. Nadine Burke Harris, a pediatrician in California, ran a clinic that developed a system to screen pediatric patients for ACEs. When patients tested positive, the clinic instituted home visits, mental health care for children and their parents, nutritional counseling, holistic and western medication regimens, and parental education programs.

Meanwhile, Dr. Alicia Lieberman of the UCSF School of Psychiatry developed a program that includes psychotherapy, crisis intervention, and practical assistance in living situations. She says, “When we are able to intervene early to protect children from the impact of ACEs, the effects are amazing. They change the developmental trajectory of the child and ensure that their current illnesses do not become chronic.”

Such examples give hope that although ACEs may be as prevalent as summer mosquitos and interventions may appear to be a mere drop in the bucket, damage may be containable. Dr. Burke-Harris says, “This is treatable. This is beatable.”