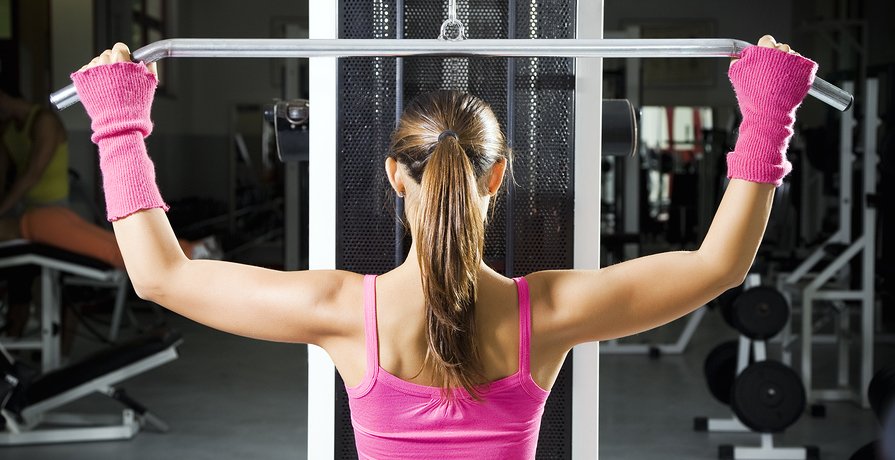 So it’s 2017 and chances are good one of your resolutions has something to do with exercising more and getting fit. If you’re a woman, that might mean something along the lines of more walks on the treadmill or attending a spin class more frequently. Most women tend to concentrate on cardiovascular activities, which are very good for you and important in their own right. However, if that’s all you’re doing, you’re missing out on another essential form of exercise: strength training. And strength training is not just for muscle building, it is an overall workout that helps boost your metabolism and keeps your body healthy. In fact, new research has linked strength training to a decreased likelihood of developing certain diseases.

The study, which took place at the National Institutes of Health in Bethesda, Maryland, found that the risk of both type 2 diabetes and cardiovascular disease is substantially lower in people who do strength-training workouts.1 Shiroma, Eric J.; et al. “Strength Training and the Risk of Type 2 Diabetes and Cardiovascular Disease.” Medicine & Science in Sports & Exercise. January 2017. Accessed 1 January 2017. http://journals.lww.com/acsm-msse/Fulltext/2017/01000/Strength_Training_and_the_Risk_of_Type_2_Diabetes.5.aspx. The subjects were 35,754 women who were involved in the larger Women’s Health Study, a long-term trial dedicated to analyzing aspects of women’s health. All of the current study’s participants, ranging in age from 47 to 98, answered annual surveys between 2000 and 2014 with questions pertaining to their health, exercise habits, and estimates of their weekly participation in any manner of weight lifting or strength training.

In addition, strength training was shown to be advantageous in the area of disease protection. The participants who did some strength training had a 30 percent reduction in risk for type 2 diabetes and a 17 percent reduction in risk for cardiovascular disease versus their peers who never included weights in their workouts. These results remained constant even when the scientists factored in other potential influences including age, consumption of fruits and vegetables, and physical activity levels.

What’s more, when subjects reported doing some sort of aerobic activity in addition to their strength training, their disease risk was even lower. The women who took part in some strength training and incorporated 120 minutes a week—less than 20 minutes a day!—into their routines were found to have a 65 percent lower chance of being diagnosed with type 2 diabetes than their counterparts who did neither form of exercise.

Ultimately, this study offers more evidence that, as Jon Barron has reminded us on numerous occasions, we need to exercise every day. And there is more to an active lifestyle than just cardiovascular workouts. While there is no denying their value, we shouldn’t forgo including an element of strength training. Working with weights and resistance helps tone our muscles, which leads to a fitter, stronger body. Plus, a 2008 study at Boston University in Massachusetts showed that strength training can reduce fat stores and improve metabolism, helping us to burn calories more efficiently.2 Izumiya, Yasuhiro; et al. “Fast/Glycolytic Muscle Fiber Growth Reduces Fat Mass and Improves Metabolic Parameters in Obese Mice.” Cell Metabolism. 6 February 2008. Accessed 2 January 2017. http://www.cell.com/cell-metabolism/fulltext/S1550-4131(07)00338-5. And the current study links it with reduced disease risk, another important effect of a healthy lifestyle.

It’s possible that many of the study’s subjects did little or no strength training because of their age. This type of exercise did not become more popular among women until the late 1990s. But chances are pretty good that even if younger women had been included in the population sample, it wouldn’t have been significantly better. After all, according to the Centers for Disease Control and Prevention, only 17.5 percent of women meet strength training and aerobic recommendations. If you’re not one of them, give the machines at the gym a try or invest in an inexpensive set of weights or resistance bands and start working on this part of your workout too. You may be very pleasantly surprised by the results and love the long-term benefits. And while you’re at it, remember what Jon Barron always says about exercise, “You need it all: cardio/aerobic exercise, strength training, weight-bearing exercise, stretching, breathing, and balance.”