The Best Time of Day to Exercise | Weight Loss Blog 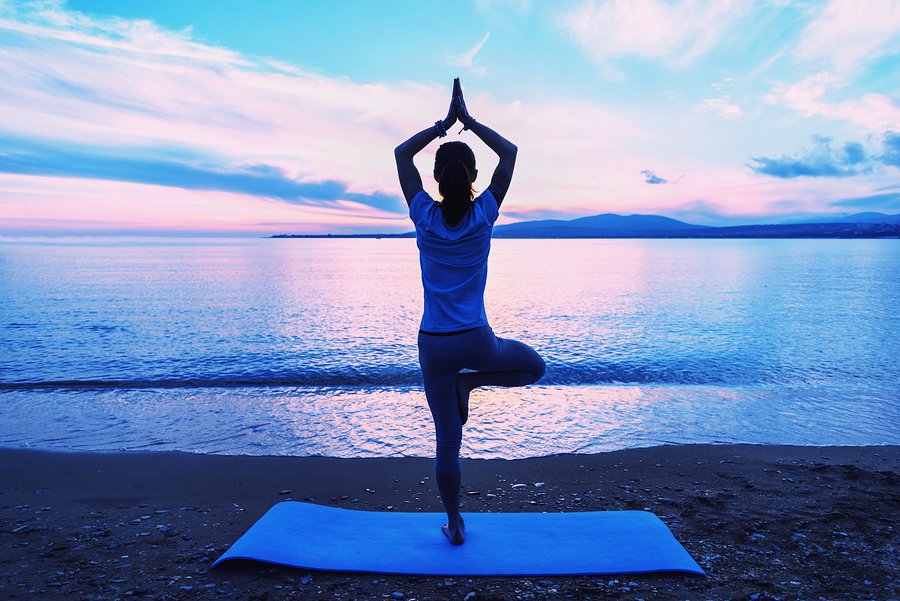 Some of us hop out of bed, slip on running shoes and plunge right into a workout even before sunrise, while others can’t imagine hitting the streets before coffee. Likewise, some eat dinner and then head out to the gym when the stars come out, leaving their exhausted brethren on the couch watching TV. Does it matter whether you exercise first thing or wait until day is done?

Apparently it does in fact matter, although the time that works best for you depends somewhat on your exercise goals. A new study out of the Clinical Research Center at the University of Chicago, for instance, found that those who exercised after work had better fitness results in terms of strength and muscle growth compared to those who exercised in the morning.1Kendall, Paul. “Why evening is the best time to exercise.” 28 July 2016. Daily Mail. 28 July 2016. http://www.dailymail.co.uk/health/article-55222/Why-evening-best-time-exercise.html Earlier studies found similar results.2“On Trial: Morning Versus Evening Workouts.” Flex. 28 July 2016. http://www.flexonline.com/training/mass-builders/trial-morning-versus-evening-workouts But a 2010 study published in the Journal of Physiology found that those who exercised before breakfast lost more weight than those who exercised late in the day.3Borelli, Lizette. “Time of Day and Fitness Goals: Why Working Out in the Morning is Best for Stress Not Muscle Size.” 10 September 2015. Medical Daily. 28 July 2016. http://www.medicaldaily.com/time-day-and-fitness-goals-why-working-out-morning-best-stress-not-muscle-size-351936 But it gets even more interesting. New research at the Donders Institute for Brain, Cognition and Behavior at Radboud University in the Netherlands just concluded that in order to enhance mental acuity and memory, you should wait at least four hours after learning something before heading out to the gym if you want to retain the new knowledge.

With that in mind, let’s take a closer look at the muscle growth study. Why does muscle growth seem to be more productive with evening workouts than with early morning exercise? Research definitely shows that muscle strength is greatest later in the day. Unfortunately, scientists still haven’t figured out “exactly” why. It may have something to do with the fact that hormone levels fluctuate throughout the day in a fairly predictable pattern. Normally, for instance, testosterone levels are highest at night (and remember, women also have some testosterone in their hormonal palette).4“The best time to work out: Use your biorhythm for 84% more muscle.” Bayesian Bodybuilding. 28 July 2016. http://bayesianbodybuilding.com/best-time-to-work-out/ As you may know, one of the functions of testosterone is to assist with muscle growth, so it makes sense that muscles would grow more readily when testosterone levels are high.5Matthews, Michael. “How Testosterone Levels Affect Muscle Growth and Fat Loss.” Muscle for Life. 28 July 2016. http://www.muscleforlife.com/how-testosterone-levels-affect-muscle-growth-and-fat-loss/ Meanwhile, cortisol levels drop at night to their lowest point. Cortisol helps the body deal with stress and in so doing, breaks down glycogen stored in muscle cells, among other things. It may be that when cortisol is low, muscle growth is nurtured. On the other hand, during those times of the day when cortisol levels are higher, such as first thing in the morning, then we might expect weight loss to be dominant when exercising.

According to the weightlifting magazine, Bayesian Bodybuilding “[During the evening], flexibility, power and muscular strength reach their daily peak.” Apparently, most sports records are broken late in the day, again underlining the fact that, for performance, late day workouts have advantages.

There’s also the fact that lung function is greatly enhanced later in the day. According to research on almost 5000 patients at the Albany Medical College in New York State, the lungs function 17.6 percent more efficiently at 5:00 in the evening compared to at noon.6Shellenbarger, Sue.  “The Peak Time for Everything.” 26 September 2012. Wall Street Journal. 29 July 2016. http://www.wsj.com/news/articles/SB10000872396390444180004578018294057070544 Joints and muscles are up to 20 percent more flexible, and eye-hand coordination is at its best. And finally, from the psychological point of view, exercising after a hectic day in the office can help you to de-stress.
Are there any reasons not to exercise late in the day? One thing to beware of is that late-day workouts can give you restless nights. According to Dr. Cedric Bryant of the American Council of Exercise, if you exercise at night “…your state of arousal is higher because you have higher circulating levels of stress hormones, which can make it more challenging to fall asleep.”7Singh, Kylie. “Should You Work Out in the Morning or Evening? An Investigation.” 13 November 2015. The Huffington Post. 29 July 2016. http://www.huffingtonpost.com/entry/best-time-to-work-out_us_562e302ee4b0aac0b8fd5f29 There’s also the possibility that you’re a ‘morning person,’ and can’t imagine putting on gym shorts at night, but if that’s the case, consider that late day workouts might actually energize your nights.

Are there any advantages to early morning workouts? Sure. For one thing, doing it first thing ensures that you’ll fit the workout into your schedule. The best time of day to exercise is always whatever time you’ll actually get it done. Also, morning workouts have psychological advantages since exercising boosts mood-elevating hormones and endorphins to start your day, and the effects last for hours. As Dr. Bryant says, “Morning workouts result in better energy levels throughout the day and give you more mental alertness and sharpness.”

Also, as mentioned above, morning workouts can help you sleep better at night. A 2011 study at Appalachian State University found that participants who exercised at 7 a.m. reduced daytime blood pressure by 10 percent and evening blood pressure by 25 percent.8“Early morning exercise is best for reducing blood pressure and improving sleep.” 13 June 2011. Appalachian State News. 29 July 2016. http://www.news.appstate.edu/2011/06/13/early-morning-exercise/ They also slept longer and better compared to those who exercised at other times of day.

If your exercise goals center more on weight loss than on muscle growth, morning exercise may have the edge.  That 2010 study referenced above found that by exercising prior to eating breakfast, dieters burned more fat than carbs and also improved glucose tolerance. But other studies had different results. In fact, another study of post-menopausal women that same year found that women who walked at night lost more weight than those who walked first thing in the morning. In both cases, the study sizes were quite small, so it’s difficult to know what any of it means.

Add to the mix that brand new research that indicates you shouldn’t run right out to the track after studying. You apparently need some time to digest what you’ve learned or your brain will burn off the new information even as your body burns off the calories. The lead author of the study, Eelco van Dongen, says, “Long-term memory is not only influenced by what happens when you learn new things but also by the processes that take place in the hours and days afterward, when new information is stabilized and integrated in your brain.”

Again, the bottom line is that exercise is essential and fitting it in is more important than finding the exact right moment. On the other hand, there’s nothing wrong with exercising several times a day—maybe yoga in the morning and aerobics or weight training at night?