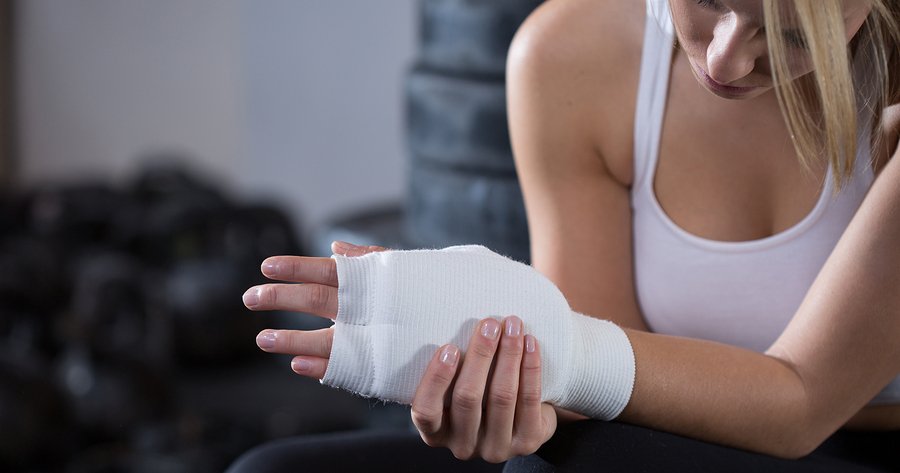 If you want to look svelte and remain healthy, there’s no debate: you need to exercise. Exercise does glorious things to mind and body, but as with all things in life, for every yin there’s a yang, for every great thing, a shadow side. In the case of exercise, the problem rests in the potential for injury, as demonstrated in the recent treadmill-related death of Survey Monkey CEO Dave Goldberg.

Gym accidents happen all the time, although few–very few–are fatal. While it’s highly unlikely that you’ll die in a gym, the fact is that accident rates in gyms are significant, and those rates have been climbing dramatically. While it’s true that only 1500 people across the US ended up in the emergency room as a result of gym injuries in 2007, by 2012, that number had catapulted to 460,000.1 Johnson, Kristen.  “Gym Accident Statistics.” Legal Match. 7 May 2015. http://www.legalmatch.com/law-library/article/gym-accident-statistics.html Between 2007 and 2010 alone, gym injuries increased by 45 percent.2 Abubakar, Zenira et al. “Injuries Using Exercise Equipment Up 45%, Most Occur on Treadmills.” 14 August 2012. Connecticut Health I-Team. 8 May 2015. http://c-hit.org/2012/08/14/injuries-using-exercise-equipment-up-45-most-occur-on-treadmills

The number of injuries incurred in gyms is actually far greater than the studies show, because for every emergency room visit, there are the many thousands of exercisers who strain a muscle or leave the gym limping and never go to the doctor, no less the hospital. If you work out regularly, you’ve probably been one of those people at some point. The injury factor is not, by the way, something endemic to the gym. Every single day, more than 10,000 exercisers of all stripes, including those who play hockey in the streets, end up with emergency-room injuries, but gyms do have their own issues.

Gym equipment of all kinds can trigger injuries; but, of all pieces of equipment, the treadmill stands out with its own, unique set of problems.  In 2014 alone, 20,400 treadmill injuries sent users to the hospital, with some of these injuries resulting from faulty equipment.3 Tavernese, Sabrina. “Treadmill May Be Riskiest Machine, But Injuries from it Still Rare.” 5 May 2015. New York Times. 8 May 2015. http://well.blogs.nytimes.com/2015/05/05/treadmill-may-be-riskiest-machine-but-injuries-from-it-still-rare

There have been at least 10 treadmill recalls in the past 10 years.4 Huffman, Mark. “Popular exercise equipment holds hidden dangers.” 5 May 2015. Consumer Affairs. 8 May 2015. http://www.consumeraffairs.com/news/popular-exercise-equipment-holds-hidden-danger-050515.html Back in 2005, a Utah company recalled almost 17,000 treadmills after they sent shocks to users. A year later, a Massachusetts company recalled 4700 treadmills that overheated and caught fire. Most of the recalls involved treadmills speeding up on their own.

Even if the equipment is in perfect working order, treadmills pose significant hazards. It’s possible–but unlikely–to fall off a treadmill and hit your head as did Dave Goldberg. However, you can set the pace too fast and get thrown off, and it’s easy to trip and hurt yourself getting off the machine, especially if the belt is still running. Kids have died getting tangled in treadmill cords or burning themselves on the moving belts. By far, though, most treadmill injuries are related to overuse. Exercisers set the pace too fast and run too hard, ending up injuring tendons or getting stress fractures.

Running on a treadmill is harder on the body than running outside for several reasons. First, if you go offroad while running outside, you’ll probably end up on a more forgiving surface. Pounding on the hard surface of a treadmill strains body and bones, increasing the chances of getting stress fractures. Treadmills force you to run on a surface devoid of variability, too.5 Van Allen, Jennifer. “Stay Injury-Free on the Treadmill.” 14 January 2014. Runners World. 8 May 2015. http://www.runnersworld.com/workouts/stay-injury-free-on-the-treadmill Outside, you have to deal with hills, bumps in the road, cracks in the sidewalk, changes in surface from pavement to concrete to grass; but on the machine, it’s all the same unless you continually adjust the incline. If you don’t adjust the incline, you tempt repetitive strain injuries since you’re always using the same muscles and the same tendon stretch to complete your run. But if you do adjust the incline, you invite other problems.  According to podiatrist Marc Borovoy, using the incline and doing interval training on the treadmill can lead to equinus, a condition in which the ankle prevents bending of the foot.6 Sol, Nicholas. “When Treadmill Running Causes Foot Pain.” December 2003. Podiatry Today. 8 May 2015. http://www.podiatrytoday.com/article/2218

Also, treadmills provide a narrow platform that causes you to use a particular type of stride. According to sports physiologists, the narrow stance demanded by the treadmill platform can trigger hip, shin, Achilles, and iliotibial-band pain.  The moving belt also affects stride. If you have it set for a speed faster than your normal pace, you’ll probably land with your feet too far ahead of your body just to keep up. This “over-striding” can cause a variety of strains and other injuries. Podiatrists say the most common treadmill injury they see is plantar fasciitis, a condition that causes so much pain in the bottom of the foot that it’s hard to walk at all.

Assuming you avoid the treadmill, you still need to be careful with gym equipment. Other common injuries come from lifting too much weight, doing too many repetitions, dropping weights on feet or hands, slipping and tripping, and exhibiting poor posture while using weight-bearing machines, which can lead to back injuries. People who haven’t worked out in a long time and don’t know their capacities can end up with heart issues, too.

Statistics show that the most gym injuries occur in men over 50. The problem is that the aging guys think they’re still young studs and so overdo it. Also, children under 15 are likely to misuse gym equipment, which is one reason many gyms ban children.

How can you reap the benefits of your gym workout and reduce your chances of getting hurt in the process? The first rule recommended by experts is to enlist a personal trainer, at least for a session or two. The trainer will show you how to use equipment the proper way and will help you to establish reasonable guidelines for your workout. It’s also a good idea to have a medical exam to make sure there aren’t any underlying cardiac issues that might put you at risk.

When headed to the gym, wear proper shoes to protect your feet, and don’t restrict yourself to running shoes that lift your heel.7 Levin-Epstein, Amy. “Five Most Common Gym Injuries.” Men’s Fitness. 8 May 2015. http://www.mensfitness.com/training/five-most-common-gym-injuries Try alternating with walking shoes or sneakers. You need to distribute weight evenly over the foot to avoid foot injury. Tape knees if necessary and stay alert instead of burying your attention in the TV, especially if on the treadmill. Vary workouts so you aren’t doing the exact same routine every day in order to avoid repetitive strain, and finally, stretch, stretch, stretch, both before and after your workout.