A new study out of the University of Turku in Finland offers yet another reason to take probiotics — if you’re pregnant. The study of 256 expectant women found that those who took probiotics in the first trimester of pregnancy had less belly fat a year after giving birth than those who didn’t take the supplements.

The women were divided into three groups. The first group received dietary counseling, take-home low-fat foods, and the probiotics. The second received the counseling, food, and a placebo, and the third group received only the placebo. Twelve months after having their babies, the women were measured for waist circumference and body fat. The probiotics-users fared considerably better than the other groups. They had a twenty-five percent central-obesity (fat belly) rate, compared to 43 percent for those who got no counseling and no probiotics, and 40 percent for those who got the counseling but took placebos. Also, those who had taken probiotics measured an average 28-percent body fat compared to 30 percent for the women who had no counseling and no probiotics.

Study director Kirsi Laitinin stresses that these results offer an important reason to take probiotics since belly fat is particularly pernicious. “The results of our study, the first to demonstrate the impact of probiotics-supplemented dietary counseling on adiposity, were encouraging,” she said. “Central obesity, where overall obesity is combined with a particularly fat belly, is considered especially unhealthy.”

The researchers plan to continue their investigation, focusing on whether the benefit is transmitted to the infants in utero. Says Latinin, “The advantage of studying pregnant women to investigate the potential link between probiotics and obesity is that it allows us to see the effects not only in the women, but also in their children…Bacteria are passed from mother to child through the birth canal, as well as through breast milk, and research indicates that early nutrition may influence the risk of obesity later in life. There is growing evidence that this approach might open a new angle on the fight against obesity, either through prevention or treatment.”

And so it is that probiotics now (at least based on this study) are being considered a possible magic bullet to inoculate infants against obesity. Though the medical mainstream typically eschews supplements of any sort, when it comes to losing weight, the search is on full-force to find an alternative to exercising and eating right — the obvious but apparently more unpleasant solution. The sad thing here is that (although the researchers don’t note it) even the subjects who took probiotics ended up, on average, too hefty. That 28-percent body fat ratio teeters on the edge of obesity; and the 25 percent central-obesity rate is still high.

But that’s the good study. In 2007, Nature published a study that came to the exact opposite conclusion — that probiotics make people fat! The Nature study found that “good” bacteria (in other words, the bacteria found in probiotics) are more efficient at extracting caloric value from food than “bad” bacteria, meaning that if you have more “good” bacteria than “bad,” you’ll add more calories eating a typical meal than will people who have more “bad” bacteria. Plus, a companion study found that the ability to lose weight seems to be transferable — at least in mice — if you transfer “bad” bacteria from the bowels of lean mice into fat mice.

As I pointed out at the time in my blog post, the research teams in those studies probably drew flawed conclusions from their data, but point to remember today is that the researchers involved and the media that reported on the studies clearly promoted the fact that probiotics make you fat. This, of course, is the exact opposite conclusion reached by the Finnish study. One study scorns probiotics as the weight-gain devil, and another hails probiotics as the weight-loss Messiah. The conclusion I draw from these studies, on the other hand, is that clinical studies are not necessarily all that reliable.

While clinical studies offer a starting point for understanding what works and what doesn’t, they certainly aren’t foolproof, nor are the scientists interpreting the studies. Quite the contrary! The medical establishment pulls out the clinical-study card as if it can’t be challenged, as if because mainstream medicine relies on such studies, modern medicine is far superior to alternative therapies that stake their claims on anecdotal evidence provided by hundreds of thousands of people over many, many years. But as I so often point out, studies can (and often do) go far astray and lead to the release of pharmaceuticals that later prove ineffective, or even worse — dangerous and/or deadly.

In the meantime, if you base a conclusion on all the studies cited above, only pregnant women should use probiotics. Right! 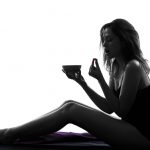