Chances are good that you know somebody addicted to drugs, or at the least, abusing some substance—even if you don’t know that they are addicted or using. The drug addict in your life is not necessarily a street bum wheeling around a shopping cart filled with garbage bags.  More likely, it’s the elderly woman in the condo next door who had surgery last year and got hooked on painkillers in the aftermath.

Our friend Thomas, for instance, had several back surgeries that didn’t cure his back pain, but instead left him with a virulent Oxycontin habit. He’s hardly alone. In addition to the people with legitimate prescriptions, at least 10 million people in the US have abused oxycodone drugs—a class of pharmaceuticals that includes painkillers like oxycontin, Percocet, and Percodan. Of all the oxycodone drugs, though, oxycontin is certainly the one to worry about most. Whereas a typical opiate painkiller like Tylox contains only five milligrams of oxycodone, oxycontin contains at least 40 milligrams, and as much as 160. It’s a bomb of sedation, much like morphine, slowly releasing into the body over a 12-hour period.

Oxycontin is designed to be a slow-release medication that leeches into the system over time. But abusers want a big hit, and so they crush the capsule or pill and either inhale it, or dilute it with water and then inject the contents into a vein all at once, bypassing the time-release safeguard. If all goes well, the user gets high. If it doesn’t go well, the user can end up in a coma, or dead.

Now, you may not know that the oxycontin problem isn’t restricted to older people who get prescriptions to manage pain and then get hooked. An alarming number of young people are sampling from bottles left lying around the house and then developing habits, too. In fact, at least one out of every 20 teenagers in the US has tried oxycontin without having a prescription for it.1 http://www.thehillscenter.com/addiction-blog/oxycontin-statistics-in-america/ Of course, not all of those kids get addicted, at least in part because their access is limited, but still, between 2001 and 2014, addiction rates among young people under the age of 25 increased 600 percent.2 “Opioid addiction skyrockets in young adults, but few get treatment meds.” 20 June 2017. CBS News. 21 June 2017. http://www.cbsnews.com/news/opioid-addiction-young-adults-few-get-suboxone-treatment-drugs/ That has contributed to the incredible reality that overdoses are now the leading cause of death in the US of people under the age of 50.3 Reynolds, Dean. “Overdoses now leading cause of death of Americans under 50.” 6 June 2017. CBS News. 21 June 2017. http://www.cbsnews.com/news/overdoses-are-leading-cause-of-death-americans-under-50/

While the problem of teen opioid abuse has been getting press of late, the reality is that seniors are the fastest growing group of opioid users and abusers. Between 2006 and 2012, abuse of prescription medicines by seniors increased by 78 percent. Death rates from opioids are highest among middle aged adults, not among teens. Experts believe the reason is that kids can’t always access a supply of drugs, whereas adults with prescriptions can.

And that’s the problem with opioids, or at least, one of the main problems: they kill. Nearly 183,000 people in the US end up in the emergency room every year after overdosing on Oxycontin, making it the one drug that sends more people to emergency than any other prescription medicine. What’s particularly worrisome is that young people who use oxycontin for recreation not only are at risk for oxycontin addiction, but they’re also far more likely to segue into other addictions. In fact, oxycontin users are 19 times more likely to get addicted to heroin than non-users.

Facts like these have prompted several states—Ohio, Illinois, and most recently, Missouri—to sue drug companies for irresponsible marketing of their opioid products.4 Semuels, Alana. “Are Pharmaceutical Companies to Blame for the Opioid Epidemic?” 2 June 2017. The Atlantic. 23 June 2017. http://www.theatlantic.com/business/archive/2017/06/lawsuit-pharmaceutical-companies-opioids/529020/ Charges blame the drug companies for fueling the epidemic by minimizing the risks and glorifying the benefits of opioid medications. A handful of counties and cities in California, New York, and Washington State have also filed suits, as has the Cherokee Nation. In Ohio, the second state to file suit, the opioid problem was so out-of-hand that 20 percent of the people in the state had a prescription written in 2016, releasing enough pills into the market to supply every person in the state with 68 opioid pills.

An article in the Atlantic asks if drug companies should be blamed given the complex issues that contribute to the growing addiction rates.  Addictions sometimes occur because people who don’t have prescriptions steal drugs from legitimate patients, and they sometimes occcur when legitimate patients exceed recommended dosages and take the drugs even when not needed. They also occur because doctors keep writing prescriptions even after patients are addicted.

So should doctors be blamed? Can you really blame a doctor for trying to provide relief to a suffering patient? Let’s face it, drugs like OxyContin really do the job. If you or someone you love is in excrutiating pain, you might not care about the addictive factor or the side effects. There are natural pain killers out there–and acupuncture and hypnosis and neurofeedback–but for hardcore, searing pain, it’s hard to beat oxycodone drugs.

It’s a conundrum. On the one hand, plenty of people have been soothed by oxycontin and are grateful for the fact that it is on the market. On the other, as stated above, the drugs can cause serious trouble for users and abusers, including death. Even when used as prescribed, they have plenty of side effects, including nausea, dizzyness, constipation, paranoia, and respiratory depression. If used over the long term, they can cause liver damage,  brain damage, plus, tolerance builds and the user needs increasing amounts to get the effects.

Experts suggest that while oxycontin is a good solution for end-of-life care, less potent opioids are more appropriate for any other purpose. If it must be used, lower doses of oxycontin should be the rule.  If you’re given a prescription for the powerhouse painkiller, make sure you lock it up so no one else gets it, and make sure you work with your doctor to get off it when you no longer need it. If you find yourself renewing your prescription several times, you may be headed for trouble. Consider switching doctors or possibly seeking help for addiction.

For an indepth explanation of:

Check out Jon Barron’s article on Drug Abuse Deaths and the Associated Press. 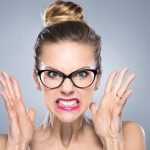 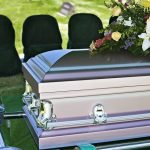