If you’ve never received an incorrect diagnosis, count yourself among the lucky few. According to a study by the Mayo Clinic, 21 percent of patients receive an outright wrong diagnosis on their first visit to a doctor, while 66 percent get a diagnosis that may be on the right track, but isn’t quite accurate or complete. An example might be getting a diagnosis of exhaustion, when in reality, a medication you’re taking is causing the fatigue, or receiving a lung cancer diagnosis, but it’s for the wrong type of lung cancer. In each case, you may well end up receiving inappropriate treatment because the diagnosis isn’t specific or accurate enough. The study also found that only 12 percent of all patients who seek second opinions end up with the same diagnosis they started with.

Meanwhile, another study from Johns Hopkins University estimates that 12 million in the US get an incorrect diagnosis each year from their primary care doctors alone, with about 33 percent of those wrongly diagnosed (about four million) dying or suffering permanent harm from the mistake.

Misdiagnosis is a Leading Cause of Death, Disability, and Malpractice Claims

Misdiagnosis Is a Result of:

In the current medical model, where physicians spend an average of only 13 to 16 minutes with each patient, and where the industry standard assigns about 2500 patients to each physician, it makes sense that patient examinations aren’t thorough and follow-up never happens. Plus, insurance companies may reward doctors who order fewer diagnostic tests. In other words, our rush-rush go-cheap-as-possible medical system creates the perfect climate for misdiagnosis.

The Health Conditions Most Frequently Misdiagnosed

According to a new study from the Johns Hopkins School of Medicine, out of the 10,000 diseases that doctors may identify in treating patients, 15 stand out as the most commonly misdiagnosed. The top three most frequently misdiagnosed conditions, according to the study, are stroke, blood infection, and lung cancer. The complete list, in order of frequency of misdiagnoses:

The Cost of Misdiagnosis

As noted above, experts say that medical misdiagnosis leads to as many as four million deaths and cases of permanent disability each year. Some of those catastrophic results come from physicians failing to identify deadly conditions. Others result from misidentification.1“The Human Cost and Financial Impact of Misdiagnosis.” Pinnacle Care. 13 July 2019. http://www.pinnaclecare.com/forms/download/Human-Cost-Financial-Impact-Whitepaper.pdf

In addition to the financial costs, misdiagnosis can exact an emotional cost. I don’t know how typical I am, but I’ve experienced enough wrong diagnoses at the hands of doctors to be wary of the entire medical profession. Once, during a routine gynecological exam, my doctor felt something “funny.” She wanted to do exploratory surgery to see what was going on. My second-opinion doctor took it to the next level, suggesting a hysterectomy. I went for a third opinion, where I was told I had ovarian cancer and just a few months to live. My intuition alerted me that I needed yet another opinion, so I found a doctor listed in the Castle Connolly Guide as one of the two best specialists in gynecological oncology in the nation. He redid the ultrasounds using his own equipment, said he saw absolutely nothing wrong, and dismissed me. That was 30 years ago, I was still quite young, and the ordeal was profoundly traumatizing.

I’ve also been misdiagnosed as having Lupus when it turned out I had Typhoid Fever. If I hadn’t insisted on an antibiotic at the outset, I could have died. My husband’s misdiagnosis occurred when we were traveling and he developed pain and a rash in his groin area.  The physician at the clinic said he had gonorrhea and prescribed a dangerous, powerful antibiotic. Plus, she took me aside to inform me that my husband probably had cheated on me given his diagnosis and that I should be tested for STDs. We returned home and went to the doctor who had correctly diagnosed my Typhoid, and she quickly determined that my husband’s condition was Leptospirosis, not VD.

The authors of the Johns Hopkins study name several steps that the medical profession could take to reduce diagnostic errors:

How to Protect Yourself from Misdiagnosis

Ah!! But what can you do until the medical community gets round to implementing those recommendations?

First of all, don’t ever accept the first diagnosis you receive, particularly if the physician is recommending major surgery or a dangerous drug. As my story above illustrates, it took four different doctors before I got an accurate diagnosis, and then, only a doctor ranked among the top few in the nation got it right. The same thing goes if your intuition tells you there’s something wrong with you and the physician dismisses your complaints. Go to someone else. And yet someone else, if necessary. And try to find a physician who will spend some time researching your symptoms.

Also, do your research about available diagnostic tools. I once was told I was pregnant by a gynecologist who didn’t bother to administer a pregnancy test. She was wrong. If you have a concern, demand the best tests available to you. Better yet, follow the Baseline of Health recommendations so you avoid illness in the first place. 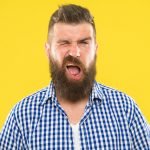 So, What’s the Story with Studies?