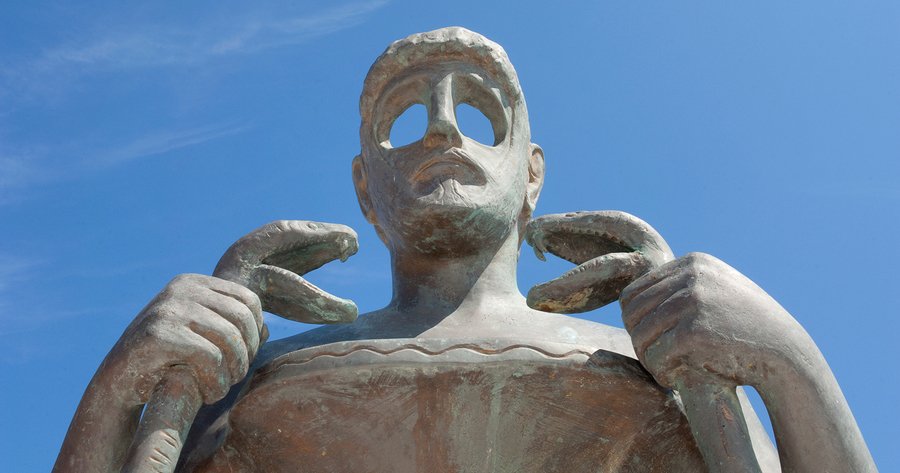 Back in 320 BC, the Greek healer Hippocrates had lots to say about medicine. Not only did he promulgate what’s become known as the Hippocratic Oath–“first, do no harm”–but he also set forth guidelines for physician practice. Since Hippocrates is considered to be the father of modern medicine, it’s interesting to review his suggestions a few millennia later to look at how they hold up today.

First, some background. Hippocrates actually created a medical school to train healers.1 “The Ideal Healer, c. 320 BC.” Eyewitness to History.com. 12 June 2015.  http://www.eyewitnesstohistory.com/idealphysician.htm He taught the scientific method as it then existed, looking at data to see which healing methods worked and what factors contributed to disease. He also instructed students in how they should comport themselves in relation to patients. Interestingly, according to his book The Ideal Physician, physician attitude and presence are both key factors in determining how patients heal.

One of the first guidelines set forth in The Ideal Physician is that physicians ought to be in good physical shape themselves. “The position of a doctor must make him careful to keep his complexion and weight at their correct natural standard,” the treatise says. “For most people think that those who fail to take care of their own physical condition are not really fit to take care of that of others.”

Apparently, his recommendation didn’t manage to eradicate the scourge of unfit physicians, as we have plenty of healers today who are not “careful to keep complexion and weight at their correct natural standard” –probably far more than when Alexander the Great was on the march. We’ve written before about the prevalence of overweight doctors in the US, noting that at a convention of the American Medical Society in 2006, 66 percent of the attending doctors were overweight or obese. Likewise, a national study in 2004 found that half of all male doctors fit the overweight or obese description.

Do you think Hippocrates would have put up with numbers like that? Doubtful, since he really believed that you have to be in good shape to counsel others to get into good shape. As Jon Barron reported in a recent newsletter, evidence indicates that US doctors are tipping the scales because they don’t know squat about diet. As that report made clear, the average American physician adheres to a meat and potatoes, starchy, high-glycemic, fattening diet. To paraphrase Hippocrates, how can doctors counsel patients about nutrition if they don’t know about nutrition themselves?  On the other hand, so many of us now are overweight ourselves that we might have more tolerance for healers who are a little soft in the middle than did the average Macedonian.

Hippocrates also recommends that physicians, “must have a clean appearance, and wear good clothes, using a sweet-smelling scent, which should be a totally unsuspicious perfume. This is pleasant when visiting the sick.”

That suggestion might have spurred the development of hospital scrubs and the doctor’s white coat.  You don’t see too many physicians showing up in muscle shirts and cutoffs, and so score one for Hippocrates’ legacy on that count. On the other hand, the “sweet-smelling scent” idea bears consideration. What do you think Hippocrates meant by ‘unsuspicious perfume?’ Hard to know, but these days, most perfume is suspect, because it’s composed of a brew of toxic ingredients and untested chemicals. A report by Environmental Defence notes that the average top-selling perfume or cologne contains 14 undisclosed chemical ingredients, along with any of thousands of other chemicals, many of which are known irritants, carcinogens, hormone disruptors, and so on.2 “Not so Sexy: The Health Risks of Secret Chemicals in Fragrance, Canadian Edition.” environmental defence. (Accessed 18 Jun 2015.) http://environmentaldefence.ca/reports/not-so-sexy-health-risks-secret-chemicals-fragrance-canadian-edition

In fact, Health Impact News says that “Secondhand fragrance contamination should be the number one health problem being addressed by the public health system in America.”3 “Is Your Health Being Destroyed by Other People’s Toxic Fragrances?” 13 June 2015. Health Impact News. 12 June 2015. http://healthimpactnews.com/2014/secondhand-fragrance-contamination-a-public-health-problem/ The same article quotes Dr. Anne Steinemann as noting that, “In my epidemiological studies, I found that nearly 30% of the US population experiences adverse health effects when they are exposed to fragranced products.” (And remember, we’re not just talking about perfumes and colognes. Toxic fragrances are used in everything from laundry detergents and fabric softeners to soaps and shaving creams. Just walk down the appropriate aisle in your supermarket. The smell can gag you.)

In fact, any physician who wears perfumed products to work may be causing new health problems-and those perfumed products include scented soaps, lotions, shampoos, and suntan oils. Back in the days of Hippocrates, it’s doubtful that scents in common use contained phthalates, nitromusks, or such other toxins, but today, the only way for doctors to endow patients with the benefit of their sweet smell is if they go fragrance free or stick to pure essential oils.

Here’s another edict from the manifesto. “[The doctor’s] character must be that of a gentleman, and, as such, honorable and kindly towards all. For people dislike forwardness and interference, even if these qualities sometimes prove useful.” In this regard, perhaps little has changed during the passage of centuries, except that we now have female doctors and nurses. It sounds like back in ancient Greece, doctors had to be reminded to treat patients with respect, to listen to their patients. As anyone these days who has experienced several doctors knows, the profession seems to be rife with healers who try to enforce their conclusions, sometimes to the detriment of healing. What patient hasn’t had “the talk” about finishing the prescription, about submitting to the surgery, about listening to conventional medical wisdom–even when the patient’s own instincts and the entire alternative community might have a different idea? Perhaps medical schools need to review the concept that “people dislike forwardness and interference, even if these qualities sometimes prove useful.”

Fashions may have changed, and healing modalities and tools certainly have changed; but if the earth were to bump into an asteroid that somehow threw the planet back in time 2000 years, today’s medical students would find plenty of essential things to learn in the ancient medical schools.