Getting High on Imodium 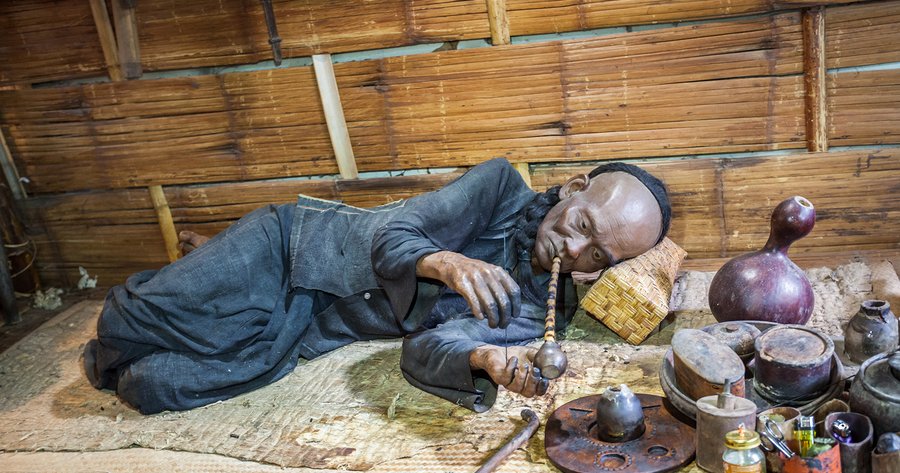 For kids who grow up in sugar-restricted homes–homes where Halloween candy gets tossed in the trash by parents who don’t care that all the other neighborhood kids get to enjoy their treats–the chocolate-flavored Ex-Lax in the cabinet holds powerful allure. Ex-Lax has been on the market as a constipation buster for over 100 years, and you can bet that thousands, maybe even millions of kids over the past century have snitched a taste to get a chocolate fix. I admit to giving the stuff a try myself back in my pigtail days. Of course it didn’t taste as good as Hershey’s and the side effects weren’t on my agenda, but desperate times called for desperate measures.

A similar but far more harrowing and dangerous trend has come to light recently. Apparently, opioid addicts are now turning to anti-diarrheal medications­ containing the ingredient loperamide to allay their cravings.1 Venosa, Ali. “Opiate Withdrawal Driving People to Abuse Diarrhea Medication Imodium: Overdoses Causing Cardiac Dysrhythmia, Death.” 4 May 2016. Medical Daily. 5 May 2016. http://www.medicaldaily.com/opiate-withdrawal-diarrhea-medication-imodium-cardiac-dysrhythmia-384700 Loperamide is the main active ingredient in Imodium A-D. The public health problem isn’t just that people are taking the medication without needing it. It’s that they’re taking massive amounts, 50 to 300 pills a day, leading to devastating health effects.2 Dicker, Rachel. “People Are Getting High on this Drug for Diarrhea, Study Suggests.” 5 May 2016. US News & World Report. 5 May 2016. http://www.usnews.com/news/articles/2016-05-05/opioid-addicts-using-anti-diarrhea-medication-to-get-high-study-suggests

What’s that you say? You don’t recall any buzz the last time you had the runs and resorted to a dose of Imodium? That’s because the opioid effect kicks in only at very high doses, at least 10 times the recommended amount. Like other opioids, Imodium slows the system down, but in the case of Imodium’s intended use, it works specifically on intestinal movement so that bowel movements slow down.

“It’s an opioid agent, and it helps to bind receptors in the brain and cause a similar euphoria or high [as other opioids like heroin],” explains Dr. Scott Krakower of Northwell Health in New York.3 Finch, Elise. “Study: Addicts Turning to Anti-Diarrhea Medication Imodium A-D to Get High.” 4 May 2016. CBS Local. 5 May 2016. http://newyork.cbslocal.com/2016/05/04/study-imodium-ad-high/

Why would anyone take Imodium instead of more efficient downers like oxycontin? Because it’s easy to get Imodium A-D without a prescription, for one thing. Those addicted to opioids like oxycontin usually have trouble getting enough of the stuff. Nowadays at least, ethical doctors don’t like to give out prescriptions except in cases of dire need. Other opioids, like heroin, are illegal under all circumstances and therefore even harder to obtain. Another thing that makes Imodium attractive to addicts is that it’s dirt cheap compared to the street prices for the more obvious opioids. At Costco.com, for instance, you can buy a package of 400 pills for $7.59. Now that’s a cheap high if you discount the medical costs you’ll accrue by abusing your system with such massive doses.

The danger comes because unlike other opiates, loperamide can also cause heart arrhythmias, kidney failure, and liver failure with sometimes fatal results. It also depresses respiratory function as do other opiates, and users can die because they can’t breathe. The National Poison Center reports a 71 percent increase in calls related to loperamide overdosing in the four years from 2011 to 2014.

Popping a few hundred Imodium may not sound like fun to the average person, but as Dr. Jeffrey Reynolds of the Family and Children’s Association says, “Folks that are desperately addicted, folks that are looking to stave off withdrawal symptoms will do whatever it takes–sometimes, really extreme things.”

User conversations on the internet attest to what Dr. Reynolds says. “[My Imodium abuse] started when I was withdrawing from poppy seed tea and was fed up with it, and ready to try anything,” writes a user on the website Bluelight.org.4 http://www.bluelight.org/vb/threads/398325-%28Loperamide-96-mgs%29-Experienced-YES-I-m-high “I took 10 mg of loperamide and worked my way up to 40 mg, taking another 10 mg every 15 minutes. At 40 mg, I realized that my withdrawals were completely gone. This alone warranted loperamide as a lifesaver, in my opinion. I could always use it to counter withdrawals, so I need never fear them again as long as I was within range of the local grocery store or Walgreens.”

Then later he writes, “I took 60 loperamide pills (120 mg). I wasn’t expecting a real high, but … about 20 minutes after taking the 60 pills… I suddenly realized that I felt great. I had a real, bona fide feeling of euphoria.”

The user goes on to explain that tolerance “goes up fast” and that he currently requires 170 pills to get high.

A bunch of other users chime in, too. Another writes, “130mg of loperamide gave me a codeine-esqe buzz. It works for me and that is all I care about. For those interested, I also [have normal bowel movements] after two days and the effects lasted over 8 hrs for me.”

Of course, it’s amazing that people actually write about such things on the internet, but then again, these same people are popping unthinkable amounts of diarrhea medication. By the way, the comments above were dated 2008, indicating that Imodium abuse has been going on for years, even if the medical community is just now catching on.

The authors of the study suggest that sales of any medications containing loperamide should be restricted in the same way that drugs containing pseudoephedrine and dextromethorphan are now controlled. Sounds like a good idea until you consider the fact that high-starved addicts will simply move on and find yet another seemingly innocuous substance to snort, shoot, or chew in pursuit of blissful oblivion.