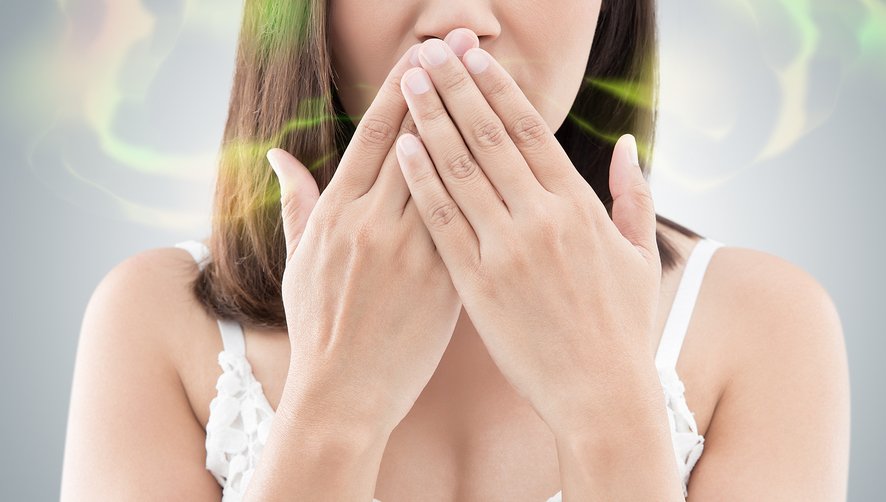 In Shakespeare’s A Midsummer Night’s Dream, Bottom says, “Most dear actors, eat no onions nor garlic, for we are to utter sweet breath.” In a similar vein, Cervantes had Don Quixote admonish his sidekick, Sancho Panza, “Do not eat garlic or onions, for their smell will reveal that you are a peasant.”  Clearly, the problem of garlic breath has been with us for centuries. So it doubtless comes as a relief to collective humanity that researchers from Ohio State University have found one definitive method for reducing garlic breath: drinking milk. In a later study, they added to the list and found that eating raw apple, lettuce, or mint shortly after eating garlic had a similar effect.

Efforts to remedy garlic breath are nothing new. For example, the ancient Egyptians apparently concocted a mouthwash out of cumin, ocher, frankincense, and goose fat. (Gotta love the goose fat.) And the Romans are said to have included a secret ingredient in their mouthwashes — urine. (Imagine swishing that heady brew around in your mouth — or kissing someone after they’ve just swished.) In Southeast Asian cultures and in Ayurvedic medicine, chewing areca nut or betel leaf is the bad-breath cure of choice. But then, it may be that the stimulant effects of both substances outweigh their impact on garlic breath.

Garlic Breath Comes From The Lungs

More recent research has given us a better understanding of garlic breath. A 1936 article, archived in Time Magazine, reported the work of researchers who postulated that garlic breath occurs because “the essential oils of onion and garlic pass into the blood, are aerated into the lungs and from there breathed out.” They tested this by feeding garlic-laden foods to one patient via a tube through his abdominal wall. Sure enough, shortly after the garlic was digested he manifested garlic breath. Another patient had a breathing tube inserted through his neck. He was able to eat a salad spiked with garlic. When the scientists smelled the air coming out of his breathing tube three hours later — you guessed it, garlic breath.

Anyway, despite the Dr. Moreauish nature of their experiments, it turns out these scientists were on the right track. Garlic contains sulfur compounds, which is one of the reasons it is so good for us. According to the American Heart Association, the sulfur compounds may help combat the development of arteriosclerosis by reducing the buildup of fatty deposits on artery walls — not to mention their ability to kill invading pathogens. But these same compounds also stink to high heaven. In fact, the stench of skunks and rotten eggs also originates from sulfur compounds called skatoles (in the case of skunks) and hydrogen sulfide (in the case of rotten eggs). Plus, the anaerobic bacteria in your mouth, especially the ones that live on the back of the tongue, extract sulfur compounds when breaking down proteins. So eat a high-protein meal flavored with garlic and you’ve got a one-two punch combination: the body aerates sulfur compounds through the lungs while the mouth gives off sulfur compounds as it breaks down your meat.

How To Break Down Garlic’s Sulfur Compounds

According to the Ohio State University researchers, garlic’s sulfur compounds–diallyl disulfide, allyl mercaptan, allyl methyl disulfide, and allyl methyl sulfide (AMS)–can’t be broken down by the digestive process. As a result, they are released through breath and sweat. (No, you weren’t imagining that your skin smelled like garlic during your last workout after eating Spaghetti Aglio Et Olio for lunch.) While the researchers found no means for reducing the odor associated with AMS in sweat, as mentioned above, they did show in one study that milk reduced the impact of AMS on the breath by 50 percent. Full-fat milk consumed along with the meal worked best, based on breath samples from volunteers who ate chopped garlic cloves for the experiment. The researchers theorize that the milk fat suppresses the sulfurous properties of garlic.

However, we’ve written at length before about the problems associated with consuming dairy — let alone consuming liquids with your meals. But grabbing for Altoids or similar breath mints after your next garlic fest isn’t necessarily any better. Although the strong mint flavor may mask any residual garlic taste, the sugars that are used in the mints actually feed the bacteria in the mouth, resulting in the production of more sulfur compounds and their concomitant odor. And then there are other bacteria that use the sugar to build dental plaque, promoting dental decay and gum disease, both of which can lead to bad breath.  Good news: new research has given us some non-dairy options as well.

When Ohio researchers recently tested several foods and beverages against garlic breath, they found that raw apple and raw lettuce decreased the concentration of volatiles in the breath by 50 percent or more compared to the control for the first 30 minutes. The overall winner?  Mint leaves. They had a higher deodorization level compared to raw apple and raw lettuce for all volatile compounds measured. But what was surprising is that even heated apple helped.  So if you can’t munch on raw mint leaves, maybe apple pie is not a bad dessert after all?

Of course, there are other foods that are thought to be useful in the fight against garlic breath. The list includes chicory, celery, prunes, eggplant, basil, some varieties of mushroom, fresh parsley, peppermint, basil, and cardamom seeds. Some say lemon, green tea, tea-tree or peppermint oils, or chlorophyl work well. You can either try eating raw parsley or another garlic-smell reducing food or hang out with people who enjoy garlic odor. Whatever you do, chances are good that if you eat garlic, you will get garlic breath. Perhaps William Shatner has the best wisdom on the subject: “Stop and smell the garlic! That’s all you have to do.”