Should You Eat the New Fake Meats? 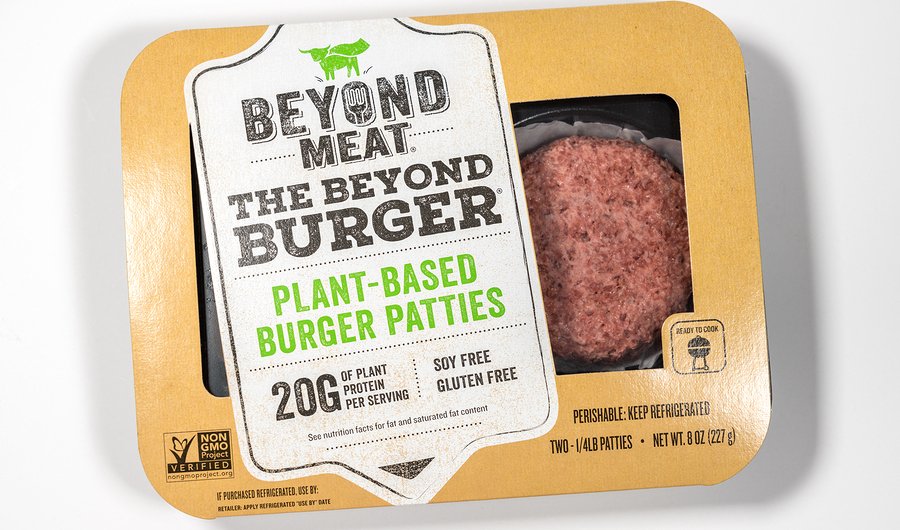 Friends of mine used to run a vegetarian restaurant. Their customers would come in and interrogate them about menu items: what kind of oils were used in cooking; is the entree dairy-free; are the vegetables organic? But even with all the health restrictions and concerns, the most popular item on the menu was the chocolate bliss dessert—a gigantic chunk of cake soaked in chocolate syrup and topped with a honking scoop of ice cream. Customers would eat their virtuous main courses and then blow it all out on the bliss. This happened so often that the restaurant staff coined the term, “bliss coma,” to describe patrons who sat glued to their chairs, stoned, after wolfing down dessert.

The point is, vegetarians don’t necessarily get over cravings for comfort foods like desserts, chips, and burgers, which may be why sales of burger alternatives and plant-based meats topped $1.5 billion in 2018.1Ibirogba, Paul. “Vegan Company Beyond Meat’s Plans to Lower Price Could Be Disastrous for the Meat Industry.” 3 March 2019. VN. 10 May 2019. http://vegannews.co/vegan-company-beyond-meats-plans-to-lower-price-could-be-disastrous-for-meat-industry/It’s not just modern vegetarians looking to replace meats they gave up: fake meats have been around for more than 1000 years. Buddhist monks were cooking up meat alternatives in the Sixth Century B.C.E. First came seitan (a meat substitute made from wheat-gluten), and then around 965 C.E. tofu was invented.2Lam, Lee Tran. “Why you should give mock meats a chance.” 11 September 2017. SBS. 10 May 2019. http://www.sbs.com.au/food/article/2017/12/11/why-you-should-give-mock-meats-chance In 1896, Nuttose, derived from peanuts, made an appearance, a concoction created for the vegetarian Seventh Day Adventist community.3“A Brief History of Fake Meat.” 14 June 2017. Pacific Standard. 10 May 2019. http://psmag.com/news/a-brief-history-of-fake-meat

By the 1960’s and 1970’s, lots of hippies converted to vegetarianism and supported the launch of commercial soy-based meat alternatives like TVP (texturized vegetable protein).  The development of meat substitutes picked up speed after that, and now we have a wide array of burger alternatives on the shelves, some soy-based, some grain-based, some mushroom-based, some nut-based, some wheat-gluten based, and some vegetables only. Over time, the substitutes have gotten increasingly more like real meat. And now there’s fake meat that truly emulates the real thing. We’re at the last stop before scientists grow meat in labs using cultured animal cells, a process currently under development.

Are alternatives to meat healthier than real meat?

The question is, are these newer, so-called virtuous alternatives to meat healthier than the real meat they mimic?  Let’s take a look at the two top popular offerings:

1. Beyond Burger. Of all the available burgers, perhaps the newish Beyond Burger comes closest to looking and tasting like real beef.4Choi, Candace. “Meatsplainer: How new plant-based burgers compare to beef.” 7 May 2019. Medical Xpress. 10 May 2019. http://medicalxpress.com/news/2019-05-meatsplainer-plant-based-burgers-beef.html It’s remarkable in its resemblance to a beef burger and even “bleeds,” although it has no blood in it. Rather, the red comes from beet juice and the protein from Pea Protein Isolate. The Beyond Burger contains no soy, no wheat-gluten, and no genetically modified ingredients. So far, so good.

How does it taste? Better than a lot of the other fake burgers out there according to advocates. Because it’s so beef-like, fans say it makes a satisfying meal and is great with all the fixings. But that hamburger-like taste and texture come at a high price–literally–with two burgers selling for an average of $5.99. On the other hand, the company says it plans to lower prices as it explores less expensive protein sources.

The company says the reason its product so closely resembles meat is because staff scientists designed the burgers by analyzing the components in beef and finding similar amino acids, lipids, trace minerals, vitamins, and water content in plants. “Meat’s core parts don’t have exclusive residence in the animal kingdom. We are not inventing new materials but matching the plant equivalent and assembling it in the architecture of meat,” the company explains.5http://www.beyondmeat.com/products/the-beyond-burger/

That said, each Beyond Burger contains 270 calories, close to the 290 you’d get eating an average real hamburger. The 20 grams of protein also is close, as is the 20 grams of fat, five of those saturated, although lean hamburgers may actually have less fat and certainly less sodium. On the other hand, Beyond Burgers never contain nitrites, hormones, or antibiotics.

2. Impossible Burger. The also very meaty Impossible Burger is a close contender and some say it tastes even better than the Beyond Burger, but its protein content comes from yeast that’s been genetically modified and then injected with soy and allowed to ferment.6http://impossiblefoods.com/heme Right there you have two potential issues: soy and GMOs. (Jon Baron has written about the dangers and benefits of soy in the past.) The fermentation process, remarkably, creates the heme protein, which is the same iron-containing protein found in red meat.7Reinagel, Monica. “Is the Vegan Impossible Burger Healthy for You?” 13 March 2018. Quick and Dirty Tips. 11 May 2019. http://www.quickanddirtytips.com/health-fitness/healthy-eating/know-your-nutrients/is-the-vegan-impossible-burger-healthy-for-you The problem with consuming too much heme is that scientists believe it can lead to cell damage and increased risk of colon cancer and other meat-related diseases. In other words, some of the same health problems posed by red meat also exist in Impossible Burgers. And Impossible Burgers contain eight grams of saturated fat, 50% more than the six grams in lean beef burgers, plus 370 grams of sodium.

Having red meat or Impossible meat once or twice a week probably won’t cause major problems, but more than that and you may be courting disease.

If health is your main concern in choosing a burger, Beyond Burgers are probably a better choice than Impossible Burgers or beef.  Both plant-based alternatives are far better for the environment than beef burgers and certainly kinder to animals, but don’t fool yourself into thinking you’re eating health food when you stuff the pseudo burger into your mouth.