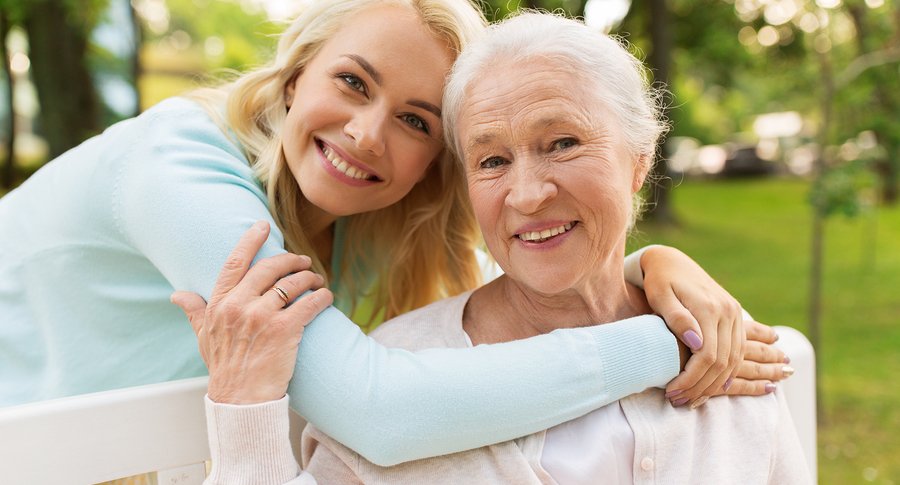 Let’s face it: for many of us, making the choices we know are good for us doesn’t always come easily. Sure, you’re aware of the kinds of foods you should be eating at every meal, but sometimes that burger and fries on the menu or the alcohol freely flowing at a party is just too tempting to pass up. And in the same way, you know that you should be making a little time for exercise every day, but some days you just can’t motivate yourself to put on those walking shoes or pick up your weights. However, new research shows that it might just be a matter of finding the right perspective to get yourself back on track and stay there.

The study, which was conducted at the University of Pennsylvania in Philadelphia, found that people who spend time focusing on their loved ones or their spirituality are more likely to make healthy lifestyle choices.1 Kang, Yoona; et al. “Effects of self-transcendence on neural responses to persuasive messages and health behavior change.” Proceedings of the National Academy of Sciences. 17 September 2018. Accessed 3 October 2018. http://www.pnas.org/content/early/2018/09/12/1805573115. These results are based on an investigation that included 220 men and women who were overweight or obese and not physically active.

The subjects were randomly divided into one of three groups. The first was a “self-transcendence” group who were told to reflect upon their values and what is important to them beyond themselves, in particular, the people they care about most or their connection to a spiritual aspect of their lives. The second group, also in the self-transcendence category, was asked to think positive thoughts for others, along the lines of wishes for a friend’s happiness or feeling compassion for people they don’t know. The third group was used for control purposes, and they were given the task of considering the values least important to them to provide a neutral baseline.

During this thinking phase in the lab, the participants were all scanned by an MRI. In addition, they were receiving messages that strongly suggested getting more exercise and clarified how their choices up to that point had been damaging their health. And for a month afterward, this was reinforced with text messages every day that encouraged those in the two self-transcendence groups to think about others and reminders for those in the control group to ponder less important values once again.

Over the course of that month, those in both groups who focused beyond themselves were considerably more likely to exercise compared to those in the neutral group. What’s more, when brain scans were repeated, the MRI identified greater levels of activity in the self-transcendent volunteers’ regions of the brain associated with positive emotions and rewards.

Medical experts have commented that while this study was limited by its small subject pool that only included sedentary, overweight adults, it is not difficult to see how these outcomes could potentially translate to anyone. For instance, we can all think of times we have done something we might not be enthusiastic about doing if it will make someone we love happy. And society, as well as many forms of spiritual belief, is built on a foundation of community and the greater good, placing the emphasis on others rather than ourselves. Plus, research has shown that we can benefit both emotionally and physically by volunteering and helping other people in various ways.

Another problem with the study is that the results were slightly rigged in that they left out what is perhaps the biggest group of people looking to be healthier: those motivated by self-interest. Many people eat well and exercise because they want to be healthier, live longer, look better, have more energy, etc. These are not external motivations such as pleasing others or their connection to a spiritual aspect of their lives. But nor are they like the control group that focused on things that had no importance in their lives. We’re talking about people strongly focused on narcissistic self-interest—and the study ignored that very, very large group. Nevertheless, there is value in the study.

If you sometimes have trouble living a healthy lifestyle, you can put the current findings to work for you. The next time you are trying to decide between the extra cheese and pepperoni pizza or the garden salad with oil and vinegar or between going for a 30-minute walk after work and flopping on the couch to catch up on social media, think about this. Any short-term pleasure you might derive from the unhealthy choice is vastly overshadowed by the risks that add up over time, and if you developed a serious condition like diabetes or heart disease, it would worry your friends and family. The thought of living a long, healthy life to be with those you care about can be a wonderful motivator, as is the desire to maximize the health and vitality of your body, that essential gift of life.

Have a Healthy Valentine’s Day