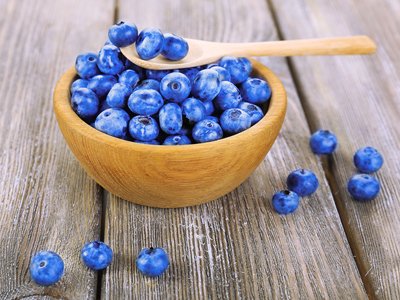 Maybe instead of an apple, the old adage should be “a cup of blueberries a day will keep the doctor away.” Blueberries have been called a superfood because of their high levels of antioxidants and multitude of health benefits. These little fruits pack an undeniable punch that includes conferring some protection from heart disease and cancer. And now there is evidence of yet another advantage to eating blueberries on a regular basis: new research has shown that blueberries may help lower blood pressure.

The study, which took place at Florida State University in Tallahassee, found that consuming one cup of blueberries every day can provide a positive effect on both systolic and diastolic blood pressure within weeks.1 “Blueberries Could Lower Blood Pressure, According to Researchers.” Huffington Post Canada. 13 January 2015. Accessed 18 January 2015. http://www.huffingtonpost.ca/2015/01/13/blueberries-blood-pressure_n_6462398.html The subjects were 48 postmenopausal women. This particular population was chosen because hypertension tends to be more prevalent among them than among men at similar ages. The volunteers were all diagnosed with mild, early-stage high blood pressure.

Non-invasive pulse wave velocity technology was used to test arterial stiffness, which is a symptom of atherosclerosis and results in the heart needing to work harder to properly circulate blood to the peripheral blood vessels. Those who consumed the blueberry powder had improved function, possibly due to increased nitric oxide levels that went from 9.11 micrometers to 15.35 micrometers. Nitric oxide is important because it helps arteries dilate, which regulates blood pressure. And again, those eating the placebo powder had no changes in arterial stiffness or nitric oxide levels.

The only testing performed that did not appear to be positively affected by blueberry consumption was aortic stiffness, which involves impaired function of the aorta, the largest artery in the body. Measurements of aortic stiffness were taken with carotid femoral pulse wave velocity technology, and no differences were found in either group. This suggests that–at least in the short term of eight weeks–the blueberries benefit the peripheral arteries of the body more so than the central arteries.

Although the findings were based on a very small population, the implications are important. Hypertension is a very common condition, affecting approximately 78 million–or one in three–adults in the United States, according to the American Heart Association. This condition brings with it an increased risk of cardiovascular disease and stroke. And the pharmaceutical medications typically prescribed to combat high blood pressure only address the symptoms, not the cause of the problem. They are also associated with a number of side effects, including muscle weakness, increased blood sugar levels, and impotence.

However, with blueberries, there is absolutely no downside to consuming a cup a day. They offer antioxidants and phytoflavinoids, are high in fiber, low in sugar, and contain plentiful amounts of potassium and vitamin C that will all go a significant way toward improving your health. And besides blood pressure, blueberries have been linked with lower cholesterol levels,2 Çoban J, Evran B, Özkan F, Çevik A, et al. “Effect of blueberry feeding on lipids and oxidative stress in the serum, liver and aorta of guinea pigs fed on a high-cholesterol diet.” Biosci Biotechnol Biochem. 2013;77(2):389-91. http://www.tandfonline.com/doi/pdf/10.1271/bbb.120722#.VL7NDNGBFmM
cancer prevention, protection from Parkinson’s disease, and reversal of dementia.

So when blueberries are in season, stock up on cartons and eat them as a snack, mix them with other fruit, or start adding them to recipes. Just be careful what you choose to include them in, as a pie or tart may add lots of unnecessary sugar, fat, and calories that undo much of the good of the berries. You can freeze fresh blueberries to save for when they are no longer in season or buy bags of frozen blueberries to enjoy now. In fact, 2014 research at South Dakota State University in Brookings found that frozen blueberries may provide an even larger dose of antioxidants than fresh blueberries.3 “Undergraduate researcher evaluates frozen blueberries.” South Dakota State University. 22 July 2014. Accessed 19 January 2015. http://www.sdstate.edu/news/articles/undergraduate-researcher-evaluates-frozen-blueberries.cfm Plus, they are delicious in smoothies or muffins. To learn more about the benefits of these tiny powerhouse fruits, check out the article aptly titled Blueberries.