You’re doing a great job of eating nutritionally, making smart choices at the supermarket and consuming a lot less junk food. So why is it that as you walk past a bakery, the smell of the freshly baked cakes and cookies sends you bursting through the door to make an impulse purchase? Don’t be too hard on yourself on those occasions—it seems as if it might not be your fault. According to new research, foods high in both fats and carbohydrates stimulate the brain more than any other foods.

The study, which was conducted at the Modern Diet and Physiology Research Center of Yale University in New Haven, Connecticut, found that foods containing a substantial amount of both fat and carbohydrates strongly affect the reward center of the brain, leading us to crave them.1 DiFeliceantonio, Alexandra G.; et al. “Supra-Additive Effects of Combining Fat and Carbohydrate on Food Reward.” Cell Metabolism. July 2018. Accessed 7 July 2018. http://www.cell.com/cell-metabolism/fulltext/S1550-4131(18)30325-5. These results are based on an investigation that included 206 men and women who came to the lab, where they were provided with breakfast. Three hours later, the researchers gave the subjects a few dollars to bid on foods presented to them.

As the participants sat in functional magnetic resonance imagining (fMRI) machines, they were shown photos of 39 foods that they had already reported being familiar with and liking. The machines were scanning their brains as the volunteers selected foods on which to bid their money. The choices were varied and included some that were mainly fat, such as cubes of cheese, and others that were mainly carbohydrates like sugary candy and white bread. A number of the options offered a combination of fat AND processed carbohydrates, as is found in chocolate chip cookies.

Overall, the volunteers were willing to pay more of their money to obtain the foods that had a combination of fat and carbohydrates than they were foods mainly high in either fats or carbohydrates. This was the case even though all of the foods being considered were items they were not only familiar with and liked, but also had similar calorie counts.

What’s more, as the subjects were evaluating their options and making their decisions, the fMRI scans showed that the areas of the brain most active were those associated with rewards. These regions, such as the dorsal striatum and mediodorsal thalamus, release dopamine, which creates pleasurable feelings. And the reward response was not only larger for foods combining fat and carbohydrates than that of either group separately, but it was significantly more intense than if you simply added the response to fat with the response to carbohydrates.

To get a sense of the participants’ knowledge of calorie counts, the investigators asked them to estimate the calories in each of the foods on the list. Interestingly, they were quite adept at estimating the number of calories in high-fat foods but considerably less proficient when it comes to estimating the calories of carbohydrate-rich foods. Some of this may have to do with all of the negative publicity that fats of all kinds have received through the years in the media, which might have led to some expectation of high calories in higher fat foods. But it is somewhat surprising that people are less aware of how calorie heavy many carbohydrate-rich foods are, especially those using refined, processed carbs.

And speaking of processed foods, this study provides evidence that these man-made creations actually affect us differently than natural foods, potentially changing the way our brains function. Processed foods are a relatively new development that only began in the early 1900s with the invention of trans fats, and it encouraged the creation of many foods that had simply never existed before. It’s also worth noting that manufacturers are familiar with the nature of high fat/high carbohydrate foods. While they may not know the science behind it, since that’s just now being revealed, they certainly understand the addictive nature of these foods—and specifically design their products to be ever more addictive.

So how do you prevent your brain from leading you to make the wrong dietary decisions? It begins with developing a knowledge of good nutrition and an understanding of why we crave what we crave, which this study has shown. Then it comes down to reminding yourself that the long-term rewards of living a healthy lifestyle are far greater than the short-term rewards of eating that slice of pizza or that hot, decadent cinnamon-bun wafting its hypnotic fragrance throughout the airport. 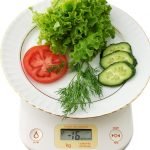 Another Benefit to Cutting Back on Calories 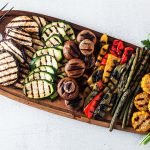 5 Ideas for a Better BBQ—Even for you Vegetarians