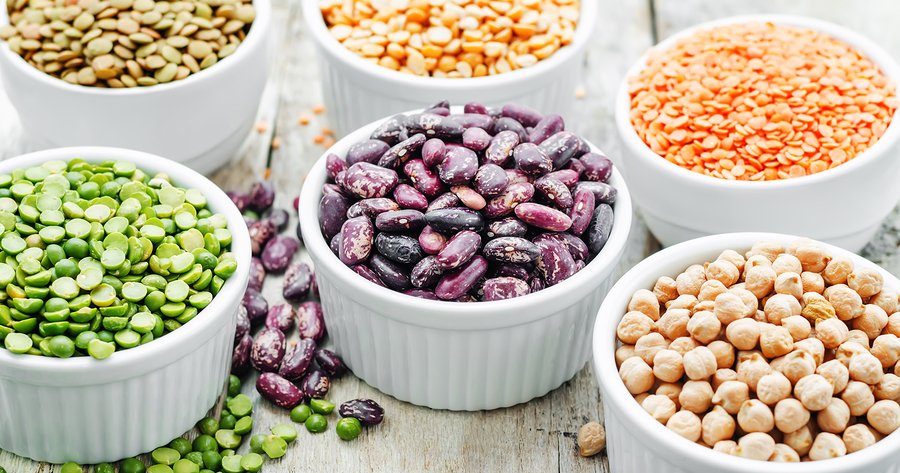 Beans may have a bit of a bad reputation as a highly gassy food. But in this case, a little gas may be worth it because beans and other foods in the legume family such as chickpeas, lentils, and peas offer a lot of nutritional value. Plus, if you’re trying to lose some excess weight, new research suggests that this group of foods also known as pulses may help your efforts along nicely.

The study, which was conducted at St. Michael’s Hospital in Toronto, Canada, found that increasing your intake of pulses may boost feelings of satiety after a meal causing you to consume less and potentially shed extra pounds without making any other dietary changes.1 Kim, Shana J.; et al. “Effects of dietary pulse consumption on body weight: a systematic review and meta-analysis of randomized controlled trials.” American Journal of Clinical Nutrition. 30 March 2016. Accessed 6 April 2016. http://ajcn.nutrition.org/content/early/2016/03/30/ajcn.115.124677.abstract?sid=fe3c6862-333c-4c79-9135-d45fc8a67e9f The scientists reached their conclusions through a comprehensive analysis of 21 previous investigations focused on legumes consumption.

Across these various trials, the subjects were 940 men and women. The researchers compared a median six-week period in which some of the participants were including three-quarters of a cup–just one serving–of pulses in their daily diets. By the end of the time period assessed, the volunteers eating pulses had lost an average of 0.75 pounds more than their peers not eating pulses. What’s more, they had made no other dietary restrictions in this time, strongly suggesting that the legumes were the responsible factor.

The researchers believe that the addition of beans, peas, and the like made a difference that resulted in weight loss because of their ability to help people feel fuller. In a 2014 study by the same team, they discovered that eating pulses boosted feelings of satiety by 31 percent,2 Li, Slying S.; et al. “Dietary pulses, satiety and food intake: A systematic review and meta-analysis of acute feeding trials.” Obesity. August 2014. Accessed 7 April 2016. http://onlinelibrary.wiley.com/doi/10.1002/oby.20782/abstract;jsessionid=C600639181B18EDAA633AF7D5E9E5454.f01t04 which may very well be enough to make the diner put his or her fork down much sooner. And that’s important since many overweight and obese people have trouble with portion control and knowing when to stop eating. But if you are getting full, you should be more likely to declare yourself done.

In addition, a major stumbling block to weight loss plans is an inability to deal with hunger when calories have been limited severely. The statistics are difficult to pin down, but it is estimated that as many as 80 percent of diets fail. Part of the blame for these failures lies with our inability to curb hunger when calories are cut. And this holds true for both people who attempt to follow a program on their own by eliminating carbs, eating only certain combinations of foods, or substituting shakes for food as well as for those who join diet groups such as Weight Watchers or Jenny Craig. In fact, even when weight loss is achieved, the percentage of people who actually keep the weight off is woefully low.

Losing only three-quarters of a pound extra in six weeks as the participants of the study did may not sound particularly impressive. However, when you think about the fact that all they did was incorporate one serving of legumes into their meals each day–without changing a single other thing–the added weight loss becomes a little more inspiring. And keep in mind that works out to 6.5 extra pounds lost each year–just from eating legumes–in addition to any other weight loss you achieve by cutting back on calories, eliminating some junk food, and/or adding a half an hour of exercise. Plus, legumes are high in fiber and healthy fats, and they are chock full of potassium, iron, folate, and magnesium–all essential nutrients that will benefit your health overall.

The findings of the current study remind us of the importance of changing our eating habits as part of a healthier lifestyle rather than adhering to the fads of the diet industry. Yes, some of those quick fixes will help you shed a few pounds, but as soon as you resume your old eating habits, the weight will return quickly. However, if you look at the changes you make as a plan to improve your daily nutrition, you will be adopting better eating habits for life.