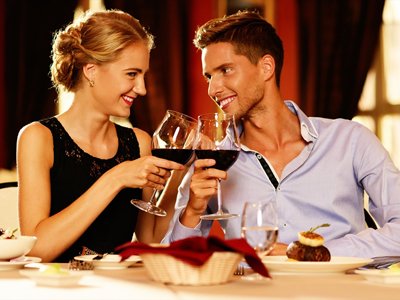 Excessive alcohol intake appears to reduce lifespan by approximately 30 years for one in 10 men and women in the United States.

Alcohol is a socially acceptable drug. While most of us would never do harder drugs or even smoke a joint in a public place (unless we live in Colorado or Washington state), we think nothing of downing drink after drink in front of others. People drink–and are often encouraged to drink–at parties, in a neighbor’s backyard, while out to dinner, and at countless other social events. And alcohol is readily consumed in the presence of colleagues, clients, and children. But new research has found that all of this drinking may be taking a rather large toll, contributing to as many as 10 percent of deaths among working adults.

The study, which was conducted by the Centers for Disease Control and Prevention in Atlanta, Georgia, found that an excessive alcohol intake appears to reduce lifespan by approximately 30 years for one in 10 men and women in the United States.1 Carroll, Linda. “Drinking Causes 1 in 10 Deaths of Working-Age Adults, CDC Says.” NBC News. 26 June 2014. Accessed 30 June 2014. http://www.nbcnews.com/health The scientists focused on the years between 2006 and 2010, and they calculated that during this time period, there were about 88,000 deaths annually that were directly or indirectly attributable to heavy drinking.

The researchers found there are two distinct, yet equally dangerous groups of drinkers. There are those who might not consume an immense amount of alcohol at any given time, but have been consistently steady drinkers over the long term. This population was made up of men who regularly consumed 15 drinks or more each week and women who regularly consumed eight drinks or more each week. Alcohol was determined to influence their mortality rate through such conditions as liver disease, heart ailments, and breast cancer.

The second population that was considered was made up of individuals who might not drink alcohol all the time, but tended to binge when they did. A binge was defined as a man having five drinks or more in one sitting or a woman having four drinks or more in one sitting. In this category, mortality was more likely to be due to a sudden occurrence rather than a chronic illness. The three most prevalent causes of death for these drinkers were automobile accidents, which killed 25 percent; homicides, which killed 16 percent; and falls, which killed 15 percent. Not only is driving potentially hazardous for binge drinkers, but apparently so are weapons and heights.

The scientists also compared these figures to those of the previous few years, ranging from 2001 through 2005, and found that the deaths alcohol appeared to contribute to were similar in number. In other words, this is not a new problem. In fact, heavy drinking is estimated to hold the fourth leading spot in causes of preventable death. It is only behind tobacco use, poor nutrition, and inactivity in this dubious category. And we don’t even want to think about the people who do all four!

While none of the findings from this study should be shocking to anyone, they will hopefully give some heavier drinkers a few things to think about. Consumption of alcohol can affect the body over time even if you only have a drink or two each night. And the same holds true even if you don’t drink often but really down quite a bit when you do. In other words, you don’t have to be getting fall-down drunk daily to end up with a serious problem related to your drinking.

Then again, according to two studies and an editorial just published in the journal Circulation, “There is now solid evidence that alcohol, when consumed on a regular basis and at low volumes (up to one drink for women and two drinks for men daily), confers protection against cardiovascular disease, whereas regular amounts of more than four to five drinks daily and heavy episodic drinking have opposite effects.”2 Stefan Kiechl1, Johann Willeit. “The Complex Association Between Alcohol Consumption and Myocardial Infarction: Always Good for a New Paradox.” CIRCULATIONAHA.114.011036. http://circ.ahajournals.org/content/early/2014/06/13/CIRCULATIONAHA.114.011036

So, for those who enjoy alcoholic beverages, feel free to indulge on occasion…but probably not every night and definitely not five or six at a time. If you feel you can’t trust yourself to drink responsibly, you might want to consider skipping the alcohol entirely. But if you do drink, it is doing it to excess that seems to cause the problems over the long-term to your health. We are all aware that alcohol affects the liver and can lead to cirrhosis, fatty liver disease, and alcoholic hepatitis.3 “Alcohol-Related Liver Disease.” American Liver Foundation. 4 October 2011. Accessed 1 July 2014. http://www.liverfoundation.org/abouttheliver/info/alcohol But it can also contribute to a number of other diseases, including breast cancer, which has been shown in dozens of studies. Plus, there is always the risk of an accident when drinking has been taking place. Err on the side of caution and cut back–or even cut out–alcohol consumption to lower your risk of becoming a statistic.