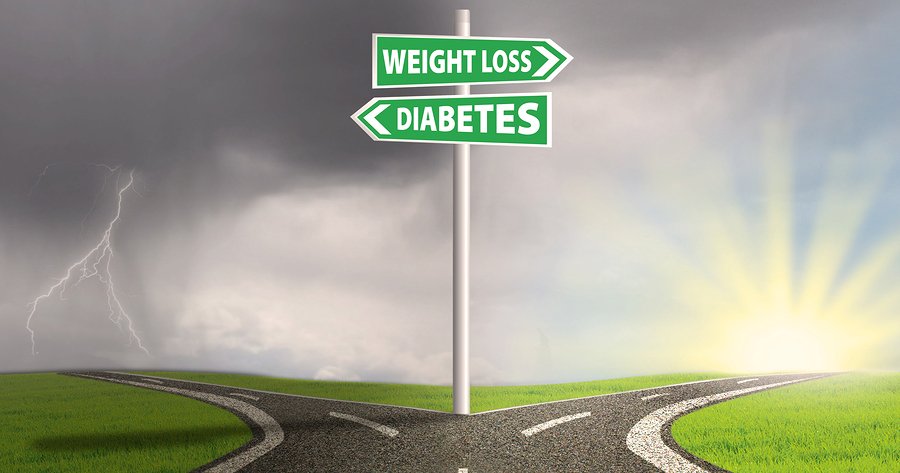 If you’ve got type 2 diabetes, you are likely well aware of the many complications with which the disease is associated. Lots of people with diabetes end up facing assorted cardiovascular-related problems such as hypertension and elevated cholesterol levels. And certainly the connection between excess weight and diabetes has been known for years. Not surprisingly then, new research suggests that shedding those extra pounds may help lower the risk of heart disease in individuals with type 2 diabetes. But there’s a twist.

The study, which was conducted at the Warren Alpert Medical School at Brown University in Providence, Rhode Island, found that a significant weight reduction is linked to improvements in blood sugar levels and a decrease in numerous heart disease risk factors in those with diabetes over a long-term period. And here comes the twist–even if the weight is regained.1 Wing, Rena R.; et al. “Association of Weight Loss Maintenance and Weight Regain on 4-Year Changes in CVD Risk Factors: the Action for Health in Diabetes Clinical Trial.” Diabetes Care. June 2016. Accessed 22 June 2016. http://care.diabetesjournals.org/content/early/2016/05/23/dc16-0509 The subjects were more than 1,400 men and women who were overweight or obese and had a diagnosis of type 2 diabetes.

They were divided into two random groups. The first group extensively altered their diet and exercise habits, while the second group made no major changes and therefore served as the control. The participants were tracked for 10 years, but the scientists focused on the initial four years of the investigation for this study. Each volunteer’s objective was to drop a minimum of seven percent of their total body weight. They were also expected to log 175 minutes of some form of moderate physical activity each week.

The individuals in all of the large weight loss categories were shown to have greater improvements in their blood sugar control, cholesterol and triglyceride levels, and systolic blood pressure compared to those with a smaller weight loss when the data was analyzed one year after the trial began and again four years after the start. And interestingly, these benefits generally remained in place in those who had shed a greater percentage of body weight even when the pounds were eventually regained.

It is possible that the loss of adipose tissue, which contains our stores of fat, even temporarily may positively affect our insulin sensitivity. Inflammation is likely reduced throughout the body, which would lower the risk of developing heart disease. These results do contradict those of some earlier investigations, though, which suggest that certain advantages might disappear after weight is regained. For example, a 2014 study at the Wake Forest School of Medicine in Winston-Salem, North Carolina found that in those with pre-diabetes, patients who regained weight they had lost were no better off than their peers who had never lost weight.2 Beavers, Kristen M.; et al. “Effects of weight regain following intentional weight loss of glucoregulatory function in overweight and obese adults with pre-diabetes.” Obesity Research & Clinical Practice. May-June 2015. Accessed 23 June 2016. http://www.ncbi.nlm.nih.gov/pmc/articles/PMC4385513/

While the size of the population sample included is substantial and four years’ worth of information was assessed, the scientists have data on another six years of health outcomes. On the other hand, it would be intriguing to see whether the positive effects of the pounds shed continue to last. Plus, we don’t know whether any of the participants who successfully lost weight early on in the research period and subsequently regained it eventually lost the weight again. If they developed a loss and regain cycle, we are left wondering how that might influence the results over the long term.

In any case, however, the evidence is clear that people with diabetes–and all of us, in fact–should strive to shed excess pounds. Being overweight or obese not only strongly influences diabetes, but is related as well to an elevated risk of heart problems, cancer, and stroke. To give yourself the best shot at a long, fit life, it is essential to adopt a more nutritious diet, a daily exercise routine, and maintain a healthy weight. And this study serves as a reminder to never be discouraged if you sometimes see the scale creep upward again. After all, you might nevertheless still be realizing benefits.

Drop in Age for Strokes