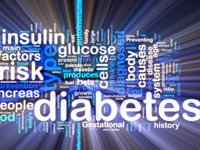 Over the years, I’ve talked about various aspects of diabetes, but never actually devoted an entire newsletter to the subject. Yes, high fructose corn syrup, starches, and added sugars are a problem, but they only scratch the surface of the issue.

Type 2 diabetes is not like any other disease. Most diseases such as cancer and MS are linear. In other words, you get the disease and it progresses in a straight line, from point A to point B. It may have regressions and remissions in which it backs up on its linear path for a bit, but then it picks up steam and once again proceeds on down the same track to its ultimate conclusion. Diabetes does not do that.

Diabetes actually follows multiple, mutually reinforcing paths — an echo effect if you will, with each echo reinforcing and amplifying all the other echoes, or “effects”. This distinction is of vital importance because it mandates multiple points of intervention if you wish to reverse diabetes and not just slow its progression.

Despite long intervals between meals and the erratic intake of high glycemic carbohydrates, blood sugar levels normally remain within a narrow range. In most humans, this range is from about 70-110 mg per dl. (Note: a blood sugar reading of 100 equates to about 1/5 of an ounce of sugar (5 g) total in the bloodstream of an average 165 lb (75 kg) male. That’s it: 1/5 of an ounce.

The body’s mechanisms for restoring normal blood glucose levels when it drops outside of its range (either low or high) are extremely efficient and effective.

High blood sugar levels are regulated by the hormone insulin, which is produced by beta cells in the islets of Langerhans in the pancreas. These cells are extremely sensitive to variations in blood glucose levels and, under normal circumstances, respond with extraordinary speed to any variation.

When you eat high glycemic foods, you suddenly increase the amount of sugar in your blood. This increase triggers the beta cells in the pancreas to release insulin, which travels in the blood to cells throughout the body, where it facilitates the uptake of sugar in the individual cells so that it can be quickly converted to energy. If you eat too much sugar, insulin tells the body to store the excess sugar as glycogen in the liver (and also, to a lesser degree, in muscle tissue). When the glucose levels come down to acceptable levels, this triggers the beta cells in the pancreas to stop the production and release of insulin, which allows the process to stabilize. When blood glucose levels drop too low, however, the hormone glucagon is released from alpha cells (located in the pancreas), which triggers the release of sugar stored in the liver as glycogen; thus, once again bringing blood sugar levels back to normal. One important note: release of insulin is strongly inhibited by the stress hormone, noradrenaline, which is why blood sugar levels increase so dramatically during stress.

On the surface of the cells of your body sit insulin receptors. These little “lock and key” chemical gateways act like little doors that open and close to regulate the inflow of blood sugar. After many years of consuming a high-glycemic diet, these cells become damaged by exposure to so much insulin that their “doors” begin to malfunction and shut down.

As a result, the fat cells, muscle cells, and liver cells of the body become resistant to insulin so that normal amounts of insulin are no longer adequate to produce a normal response. The cells require ever and ever greater quantities of insulin to achieve even the most minimal response. Insulin resistance in fat cells results in the breakdown of stored triglycerides, which elevates free fatty acids in the blood. Insulin resistance in muscle cells reduces glucose uptake which keeps sugar levels high in the blood, and insulin resistance in liver cells reduces glucose storage, which also raises blood glucose levels.

To continue the “door analogy” we started above — with fewer doors open, as we mentioned, your body needs to produce ever more insulin to “push” the glucose into the cells. More insulin causes even more doors to close and as this vicious cycle continues, a condition called “insulin resistance” sets in.

This is a primary cause and effect response by your body. If normal insulin levels are not enough to make the cells behave properly, the beta cells in your pancreas continue to sense high levels of glucose in the blood; they thus go into overdrive to pump out ever greater quantities of insulin in an attempt to bring blood sugar levels back to normal. In most cases, this extra insulin is enough to bring things back under control — for a time — but with two significant side effects:

Too much sugar in the blood leads to increased thirst in the body’s attempt to get rid of the extra sugar. This leads to increased urination and starts putting an extra burden on your kidneys. Too much sugar causes the small blood vessels throughout the body to narrow as your body tries to abate the damage caused to organs by minimizing the ability of the excess sugar to reach them. The higher the blood sugar level, the more the small blood vessels narrow. The blood vessels thus carry less blood, and circulation is impaired. Poor circulation in turn results in complications such as: kidney disease, poor wound healing, and foot and eye problems. This sugar imbalance also alters fat metabolism, increasing the risk that cholesterol-laden plaque will build up in the large blood vessels. Finally, sugar also sticks to proteins, in effect carmelizing them, causing their structural and functional properties to be changed. It is a primary reason that wounds don’t heal since they have trouble making quality collagen, the connective tissue that is the major structural protein in the body.

The bottom line is that people who have diabetes are at considerable risk of multiple “complications.”

In addition, as we mentioned earlier, stress results in the adrenal glands pumping adrenaline into the bloodstream which increases free fatty acids in the blood and shuts off the release of insulin. In obesity, less and less insulin is able to reach the insulin-responsive muscles. In the end, there is not enough insulin to meet the demand.

Diabetic neuropathy (damage to nerves caused by diabetes) affects the peripheral nerves, such as those in the feet, hands and legs. Symptoms include numbness, tingling and pain.

Excess sugar is not the only problem associated with diabetes. Excess insulin is also a killer. Insulin is the master hormone of your metabolism. When it is out of balance and your insulin levels are consistently elevated, a long list of deadly complications are created:

The Fourth Diabetic Echo: Destruction of the Beta Cells

This is the big echo in which all the other echoes get ramped up to catastrophic levels.

In other words, the very cells of your body responsible for keeping blood sugar under control are destroyed by the excess blood sugar that they are unable to control, which echoes back on the beta cells in the pancreas, destroying them and thus causing blood sugar levels to rise even further. This then reverberates through the body once again, echoing back once more on the pancreas, killing even more beta cells — on and on until there are no beta cells left to destroy.

Echo Five: Breakdown of the Body

At a certain point in the process, when your body can no longer produce any insulin and resists even the insulin you take through injection, you begin to experience the ravages of diabetes. At that point, you’re looking at:

Let’s say you start developing the early signs of diabetes and you decide to clean up your diet. The problem is that you’ve already started the echoes. So although your diet may now have lower amounts of sugar, your pancreas is compromised so that it can’t produce enough insulin to handle even normal amounts of sugar, and the cells of your body are now resistant to insulin so that even if your pancreas weren’t damaged, it couldn’t produce enough insulin. This means that sugar levels remain high in your bloodstream even though you’ve corrected your diet, and the diabetic damage continues apace.

But it doesn’t stop there. Remeber, an entirely separate echo has also been set in motion. As a result of the higher than normal levels of sugar and insulin in your blood, you’ve damaged your kidneys so that they can no longer fully cleanse your blood of waste. That means that even if you are able to reestablish normal blood sugar levels, the toxins not cleared by your kidneys continue to damage the organs of your body — including the pancreas and the kidneys, which means the damage continues apace and eventually your pancreas and kidneys will fail.

Don’t worry. Although the situation may sound grim, it’s not hopeless. It does, however, present the limitations of the medical approach, and it does show why the Baseline of Health® program, which deals with the whole body all at once, is likely to produce significantly better results than the medical approach.

So What Can You Do About Diabetes?

A Diabetic Alternative: Stopping the Echoes

Obviously, any viable alternative needs to address the problems that medicines do not. They also need to work “with” the body so that they can work long term — not squeeze your body dry until it eventually breaks down. And finally, any viable alternative needs to stop all of the echoes — all of them without exception — so that nothing bounces back to retrigger the problems.

With that in mind, in addition to changing your diet (no more sodas and high glycemic snack food), you will want to explore the following options:

The bottom line to preventing and reversing diabetes is to do everything, and do it all at once. Since diabetes is not a single straight line progression disease, you need to stop every single “echo” so that no aspect of the disease can reverberate and start the whole process moving downhill again. You need to stop it all or it will all start again.