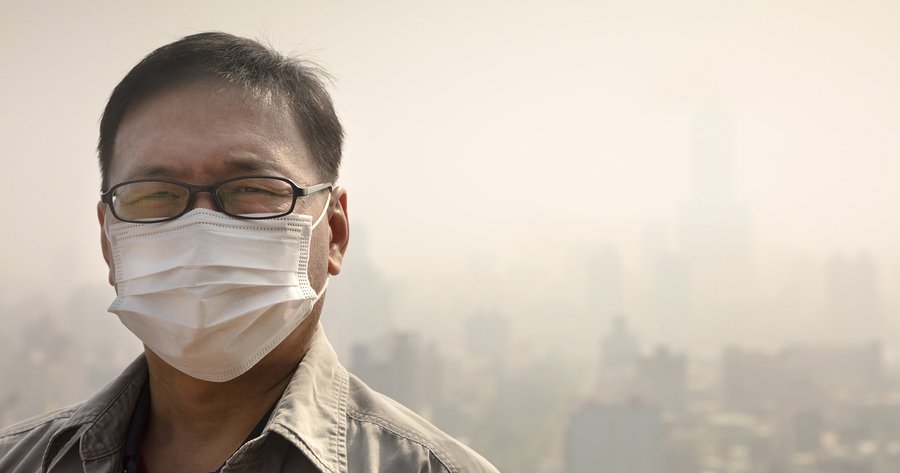 Lots of people look for something or someone to blame when it comes to their less-than-slender physiques. This blame may be placed on bad genes, as in “I inherited my mother’s heavy thighs,” or on too much temptation, such as “There are always so many snacks around my office–I can’t resist.” But now there is new research suggesting that circumstances somewhat beyond our control “may” be a factor; the very air we breathe may be causing an expansion in our girth, at least in areas with a major pollution problem.

The study, which was conducted by scientists from Duke University in Durham, North Carolina in Beijing, China, found that air pollution may be a contributing factor to weight gain and several related health issues.1 Wei, Yongjie; et al. “Chronic exposure to air pollution particles increases the risk of obesity and metabolic syndrome: findings from a natural experiment in Beijing.” Journal of the Federation of American Societies for Experimental Biology. 18 February 2016. Accessed 28 February 2016. http://www.fasebj.org/content/early/2016/02/18/fj.201500142.abstract The subjects were not humans; instead, the researchers used laboratory rats. Pregnant rats and their offspring were randomly divided into two groups. One group was kept in a room in which they were exposed to the air of Beijing–known to have extremely heavy pollution. The second group was kept in a room with an air filter that removed almost all of the pollution particles.

After a period of just 14 days, the rats living in the polluted environment were seven percent heavier than their counterparts breathing filtered air. And on the 19th day of the trial–only five days later–the rats exposed to the pollution were an astounding 15 percent heavier than their peers. Nor was weight gain the only difference the researchers discovered among the groups.

The rats breathing the polluted air had heavier lungs and livers, which may be due to inflammation or a buildup of fatty tissue. Plus, their LDL cholesterol was 50 percent higher and their triglycerides were 46 percent higher, which are factors that can lead to heart disease. In addition, the insulin resistance levels of the rats in the polluted room were more elevated than in those rats in the room with filtered air. Signs of insulin resistance are often a precursor to developing diabetes.

Now obviously we do not know whether these same results would hold true if the investigation had included human subjects rather than rats. Our bodily systems are not just a larger version of theirs. As Jon Barron has pointed out, standard lab rats and lab mice are insulin-resistant, hypertensive, and short-lived. With a two-year life cycle, they metabolize drugs and supplements much more quickly than their human counterparts. In the end, only about 4-20% of mouse studies statistically translate to humans. Although rat/mice trials are useful, they are far from definitive.

However, that being said, these findings are consistent with those of earlier research. While it is more readily apparent how breathing in polluted air on a regular basis would affect the lungs and be linked with diseases including asthma and lung cancer, other studies have determined an association between air pollution and cardiovascular problems as well as an increased risk of premature mortality. A 2005 study at the Mount Sinai School of Medicine in New York, New York showed that living in an area with considerable air pollution contributes to inflammation in both the circulatory and vascular systems.2 Sun, Qinghua; et al. “Long-term Air Pollution Exposure and Acceleration of Atherosclerosis and Vascular Inflammation in an Animal Model.” Journal of the American Medical Association. 21 December 2005. Accessed 29 February 2016. http://jama.jamanetwork.com/article.aspx?articleid=202049 Chronic inflammation is associated with diabetes, cardiovascular disease, cancer, strokes, and other serious conditions.

And air pollution is a very serious problem in many parts of the world. Beijing was the focus of the current study because that city has recently reached “red alert” levels, which prompted the government to close schools and limit car use for several days. But it is hardly the only place with such difficulties. Delhi, India; Karachi, Pakistan; and Bakersfield, California are also cities with significant air quality issues due to pollution.

So what do you do if you live in an area with an air pollution problem? There is always the possibility of moving to a less polluted place for the good of your health. But you also have options to protect yourself even in your polluted hometown. Pay attention to air quality advisories and don’t spend too much time outdoors when the pollution is at its highest. Invest in a good air filtration system, which can remove many of the harmful particles and purify the air in your home. And a regimen of proteolytic enzymes can help reduce systemic inflammation before it can do too much damage.

A Different Kind of Shake Based on Sustained Energy