A healing crisis is characterized by a temporary increase in symptoms during the cleansing or detox process, here you have the opportunity to review reactions and understand the implications.

On occasion when detoxing, particularly during your first few detoxes, you may experience some symptoms, often referred to as a healing crisis (Herxheimer reaction). It is characterized by a temporary increase in symptoms during the cleansing or detoxification process. Reactions, when they occur, are almost always mild, but on rare occasions can be severe.

There are three primary triggers for a detox reaction.

The bottom line is that the body must go through an elimination process to achieve good health. There will be ups and downs. Symptoms, if they appear, are usually mild, but in some cases can be severe. Understand, the symptoms you experience are indicative of the cleansing, purifying process that is underway. Go as slowly as your body needs to so that your elimination is gradual and comfortable. Also, keep in mind that this is not an endurance contest. If symptoms become too severe, stop the detox and regroup. You can always restart the detox again at a later date.

Easing Your Way through the Healing Crisis

The follow story comes from an actual letter I received from a competitive cyclist who went through a healing crisis while detoxing. His reactions were on the severe side to be sure, but it’s instructive to see how the crisis ended.

The 30 day colon cleanse went without a hitch. I lost 10-15 lbs, maybe more. This is excellent news for a competitive cyclist because weight loss without losing muscle mass is a win-win situation.

After I was done with the colon cleanse I began the liver/gallbladder detox. The first day I had some cravings for food and that night I dreamed I was at a banquet stuffing my face.  I thought, “Oh no I’m supposed to be fasting,” and then woke up and realized I hadn’t broken my fast. I had interesting dreams almost every night of the five days.

The second day I had a headache in the morning and, when I got home around 4PM, the headache still persisted. I tried to make the potassium broth but the smallest tasks seemed monumental, and I lay down in bed and started to burp a little.  I couldn’t sleep, the headache got worse and I began to feel as if I was going to be ill.  Eventually, I ran to the toilet and had my first bout of vomiting and “dry heaves.”

The only way I can describe the next hour or so is that it was like how “going cold turkey” from heroin is portrayed in the movies. I had several sessions on my knees, hot and cold sweats, one of the worst headaches of my life and actually had to time my breaths between “puking my guts out.”

The first session was the carrot juice I had consumed or so it looked like. The second time around was what, in retrospect, may have been ancient maraschino cherries or tape worms (?) — chunks of red, but not blood.

Round three brought up some mucous like substance and some yellowish, bile like fluid.  At this point the “heaves” were so bad that I was getting scared and thinking I might have to stop the detox. The final bout was the worst and brought up yellow bile (?) with red “blood” specks in it, seemingly from the deepest recesses possible (or that I had ever experienced).

Exhausted and not wanting to be too far from the toilet, I sat back in a reclining chair and fell asleep. I woke up in an hour and immediately noticed that my sinuses were clearer than I can ever remember. My headache was gone, and I felt like a million bucks. I called my chiropractor friend and he confirmed that it was probably the effects of toxins being released by my liver into my system and that I may have gotten rid of some bad stuff when I became ill.

Interested in a full-body detox?
Utilize our Self-Guided Detox Program! 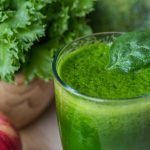 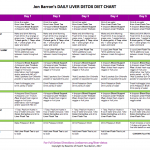 How to Complete Your Liver & Gallblader Detox 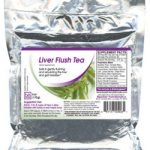