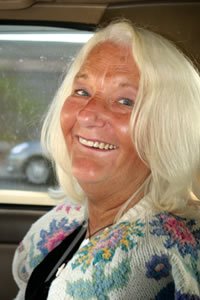 The following testimonial is from an individual stating what results they have experienced. We are not making any medical claims & we are not saying that the following products discussed will cure the problems you have.

would cause me to lie in bed for days. I curled up in bed, attempting to take deep breaths as sharp pains shot through my body and fevers made each muscle ache. I was shortly diagnosed with kidney stones and a urinary tract infection where doctors put me on Vicodin and antibiotics. Despite the pain medication, I continued to suffer from abdominal pain, stiff neck, lower back pain, spinal disk trouble, fluid retention, heel spurs, weight gain, fuzzy eyesight, and hair loss.

One day in 1993, sharp pains caused me to rush to the hospital. I felt like I had knives stabbing me in my lower back, over and over again, and the intense burning when trying to urinate haunted me every time I felt the urge to go to the bathroom. Desperate to try anything, doctors immediately performed surgery on me by placing a J-J stent, which is a tube that coils up in the kidney and urinary bladder to ease the passage of stones.

Unfortunately, the stent only lasted a few weeks. I had so many stones that even the stent backed up causing additional pain. Even worse, the doctors felt my condition was so severe that they denied me as a candidate for a kidney ureter transplant. They felt that my kidney problems and the massive amounts of sludge would cause scar tissue and ruin any transplant within a year.

Pain clinic management was all that was allowed which turned into chronic kidney infection, bladder infections, and spiking fevers for the years that followed. I would go to work each day in chronic pain, constant burning, frequent urination, fever, chills, and nausea. Then water retention and medication even started to cause heart palpitations and high blood pressure.

In 1997, the pain was so intense, that I ended up in the hospital again and was given liquid Morphine once an hour which is usually only used for cancer patients. They sent me home with Morphine patches, Phypenol, Vicoden, and Cipro and continued to tell me there was nothing more I could do.

It never got better, even though they continued to switch pain medication with Methadone. Soon, all I could do was crawl off the couch to go to work and crawl back in bed as soon as I got home. Working as an admitting clerk at a hospital, who usually handled thirty or so patients a day, I became exhausted.   Every ten minutes or so I would have to get up in-between cases and either use the bathroom or sit and cry due to the pain. Several times I buckled over while trying to help a patient and co-workers had to close the booth down as I crashed out on the desk in agony.

My co-workers said they could not hide my pain from the patients any longer (or my boss) and the hospital forced me finally go out on disability. Eventually I had to have family and friends come over to drop off groceries and basic supplies. I needed help with basic tasks such as showering, cleaning house, cooking, and driving.

My friends watched me for the next three years go from being a social butterfly to an anti-social outcast hiding in a dark room, unwilling to open the blinds. Eventually, I no longer wanted friends to visit and I just wanted to lie there alone hoping the medication would knock out the pain and allow me to sleep through the entire experience. Sleeping all day eventually led to a severe depression. I have always been known as the fun, positive comedian to all my friends, but the pain even wiped out my positive spirit. My family was so concerned, that they motivated me to start seeing a therapist. I later realized that pain has a major impact on mental stability and two-thirds of all people committed to mental institutions suffered from kidney problems BEFORE the mental illness. Clearly, I was not alone. 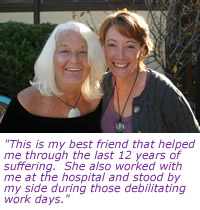 I did get my fighting spirit back and that got me through the last ten years. With a more positive attitude, I managed to have friends over again. I continued to experiment with alternative solutions such as aloe vera, cats claw, beta-carotene, magnesium, large doses of vitamin E, Chinese mushroom tea, spirulina, and anything else I could find through friends or at the health food store. I tried natural healers, Reiki, massage treatments, you name it, but nothing made a difference. I moved home with my elderly parents and we tried to help each other make it through each day. Nothing got much better except that I learned to cope with my situation with a positive attitude. Kidney and urinary infections continued every 2-3 months and Cipro became my life mate which would completely knock me out in bed for at least a week at a time. Doctors started to joke with me saying I would glow in the dark for being on Cipro so long!

Until Jon Barron came along…

I tried his new KGP Flush formula on September 20th, 2007. Immediately I liked the taste, especially when mixed with fresh pressed apple juice, and told myself that this would be an easy kidney detox to do for seven days. Within 8 hours, I could tell something was happening in my kidneys. I had a little bit of nausea on the first day, but it went away by the second day. By the third day, ALL my kidney symptoms— abdominal pain, lower back pain, and painful urination—completely dissipated. The most AMAZING part is that I had a release of major pressure in my lower back and right kidney, which is the first time I have ever noticed even a slight release in over ten years. When I went to the bathroom, I could actually urinate with ease and I never had to strain (this is common because kidney sludge inhibits regular flow). I also had no burning!  All of this was so shocking I held my breath hoping that this pain relief would continue. By the fourth day, I stopped taking my evening does of pain medication and noticed for the first time in over ten years, I had no pain.

By the sixth day I was overwhelmingly amazed at how fast this formula had worked, and how it already had drastically changed my life. Now, two weeks into the cleanse, I can report having no pain and no need for evening pain medication, the pressure in my low back is completely gone, my energy levels are through the roof and my urine flow is back to normal!

2 months later, I can report holding strong even after the one round of this kidney detox! I still do not have need for my evening pain medication, my urine flow has remained normal, pressure in my lower back has never returned and my energy levels continue to climb.

Jon Barron is a lifesaver and I am so grateful for his dedication and the research he did to create a formula that could help my life and all the other thousands of people who are enduring the same excruciating pain. This formula is so tremendous that I only wish I could have had this product years ago. Thank you Jon Barron and the staff at Baseline Nutritionals®!”

November 2009 Update: I continue to perform a kidney detox 4 times a year and I am delighted to report that I have absolutely no kidney pain, no burning, no sand and no blood in my urine. After being on chronic pain medications, vicodin and methadone, consistently for 12 years, I am now amazed that I do not take a single dose!

I just want to say thank you. The KGP Flush product is a Godsend. I have been dealing with kidney stones since 1997 and this latest one is the largest one I have had at 12 mm. I had the lithotripsy done and still have a stent. I was in such pain from the stent and felt like my kidney was bruised from the procedure. Within an hour of taking the product, no more pain! I can walk now without the cramping of the stent. I am hoping the continued use of this product will prevent future stones. 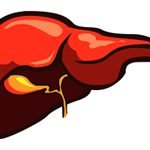