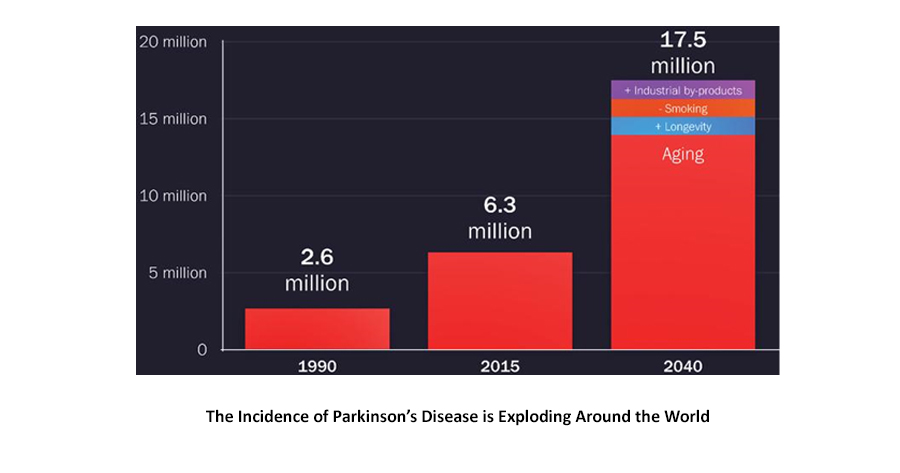 Finally, a pandemic article that isn’t about COVID!

Neurological disorders are the leading cause of disability in the world today. Of these, Parkinson’s disease is the fastest growing. In the US, the incidence of Parkinson’s has increased 35% the last 10 years and is expected to double again in the next 25 years. Globally, the incidence almost tripled from 2.6 million in 1990 to 6.3 million in 2015 and is expected to almost triple again to 17.5 million by 2040.

In fact, according to a 2018 review article published in the Journal of Parkinson’s Disease, researchers and medical authorities are now beginning to refer to Parkinson’s as a pandemic.1 E. Ray Dorsey, Todd Sherer, Michael S. Okun, Bastiaan R. Bloem. “The Emerging Evidence of the Parkinson’s Pandemic.” Journal of Parkinson’s Disease, 2018; 8 (s1): S3 For most of human history Parkinson’s disease was a rare disorder. However, thanks to changes in demography and the contributions of industrial byproducts, we are now facing an impending Parkinson’s pandemic.2 Editorial. “Emerging Evidence of an Impending Parkinson Disease Pandemic Identified.” Journal of Parkinson’s Disease. 29 January 2019. (Accessed 8 Apr 2021.) Yes, I understand that the term “pandemic” has traditionally been used to refer to diseases that spread person to person or animal to person and that this does not apply to Parkinson’s. But as the researchers point out, even though it is non-infectious, the disease’s spread nevertheless shares some of the key characteristics that define a pandemic.3 Morens DM, Folkers GK, Fauci AS. “What is a pandemic?” J Infect Dis. 2009 Oct 1;200(7):1018-21.

For instance, Parkinson’s is a global concern that is present in every region of the planet.4 E Ray Dorsey, Alexis Elbaz, Emma Nichols, et al. “GBD 2016 Parkinson’s Disease Collaborators. Global, regional, and national burden of Parkinson’s disease, 1990-2016: a systematic analysis for the Global Burden of Disease Study 2016.” Lancet Neurol. 2018 Nov;17(11):939-953. It is also becoming more prevalent in all regions that scientists have assessed. Additionally, pandemics tend to migrate. And while Parkinson’s is increasing everywhere, it appears to be shifting in response to changes in aging and industrialization. And indeed, one study concluded that the burden, driven by demographic changes, can be expected to move/migrate from West to East, especially to China.5 Allen L. “Are we facing a noncommunicable disease pandemic?” J Epidemiol Glob Health. 2017 Mar;7(1):5-9. And finally, the Parkinson’s pandemic is experiencing exponential growth, and no one is immune.

The bottom line is that even though people cannot “catch” Parkinson’s through contact with pathogens, it is still communicable–just via new types of vectors, namely social, political, and economic trends.

Symptoms and Causes of Parkinson’s

Parkinson’s is not a kind disease. It is progressive, moving through ever more debilitating stages over time. 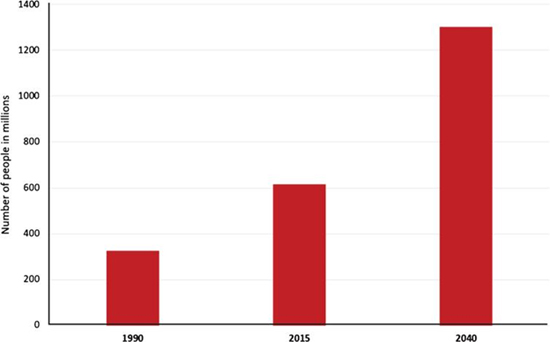 Most cases of Parkinson’s disease are considered idiopathic – that is, they lack a clear cause. Nevertheless, for years, it has been assumed that the Parkinson’s pandemic is primarily fueled by aging populations around the world. Quite simply, the incidence of Parkinson’s disease increases with age and rises sharply at around age 65. And make no mistake; the world’s population is aging, with the number and proportion of individuals over 65 rapidly increasing. But that perception is only partially informative. In fact, Parkinson’s disease does not only affect older individuals, and many under 50 develop the disease as well—which leads us to the second primary cause of Parkinson’s: the byproducts of industrialization.

Over the last several years, researchers increasingly have come to believe that environmental exposure to trichloroethylene (TCE), a chemical compound used in industrial degreasing, dry-cleaning, and household products such as some shoe polishes and carpet cleaners, is a primary factor in the rapidly increasing incidence of Parkinson’s disease. Although the use of trichloroethylene in the food and pharmaceutical industries has been banned in much of the world since the 1970s due to concerns about its toxicity, it is still used for industrial purposes.

The EPA estimates that 250 million pounds of TCE are still used annually in the US, with more than 2 million pounds released into the environment from industrial sites each year, subsequently contaminating air, soil, and water. The EPA also estimates that it is present in about 30% of US groundwater.

Where Is Trichloroethylene Stored in the Body?

According to the CDC’s Agency for Toxic Substances and Disease Registry,11 “What Is the Biological Fate of Trichloroethylene in the Body?” ATSDR. Last Reviewed, December 10, 2013. (Accessed 8 April 2013.) human studies have shown that TCE levels in the blood and breath increased rapidly after initiation of a 4-hour exposure to 100 ppm, reaching near steady-state within an hour from the start of the exposure. Blood levels of TCE fell rapidly when exposure ceased according to the Agency for Toxic Substances and Disease Registry 1997. In addition, case reports of human poisoning after ingestion of TCE indicate that gastrointestinal absorption is also substantial.12 KLEINFELD M, TABERSHAW IR. “Trichloroethylene toxicity; report of five fatal cases.” AMA Arch Ind Hyg Occup Med. 1954 Aug;10(2):134-41. , 13 DEFALQUE RJ. “Pharmacology and toxicology of trichloroethylene. A critical review of the literature.” Clin Pharmacol Ther. 1961 Sep-Oct;2:665-88. And finally, and perhaps most importantly, because of its lipid solubility, TCE accumulation occurs in organs containing high levels of adipose tissue. To translate that into English, data from human studies indicate that body fat and the liver accumulate the greatest portion of absorbed TCE.14 “Toxicology Profile for Trichloroethylene.” ATSDR, June 2019. (Accessed 8 Apr 2021.)

Which Leads Us to the Important Conclusion 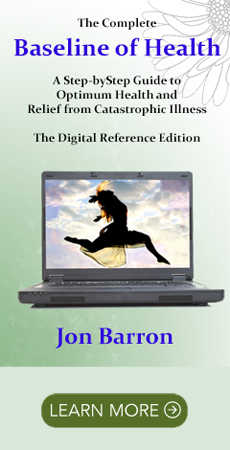 Second, although you cannot avoid environmental exposure to trichloroethylene, you can certainly lessen your intake of the chemical by using a good water filtration system that has a carbon filter element. The use of granular activated carbon is an effective treatment method in the removal of trichloroethylene from drinking water and will stop a large percentage of any TCE in your drinking water from entering your body. That said, you will still need to worry about absorbing a significant amount of TCE both through your skin and by taking it into your lungs as you breathe in the mist and water vapor during your morning shower or bath. That means, you will also want to use a carbon filter on your shower and/or bath faucet. Or even better, simply use a whole house filtration system. Note: TCE in your water is especially problematic in houses serviced by well water VS municipal water.

You also might want to consider a good air filtration system that, like your water filter, incorporates an activated carbon filter element.

And finally, and perhaps most importantly, since your body stores TCE in your lipid tissue—and more specifically, the fat that accumulates in your liver, you will want to make full body detoxing, with an emphasis on liver detoxing, a regular part of your health routine. For what it’s worth, I have done two liver detoxes a year–without missing even one–for at least the last 20 years. It is that important.

And if you’re not up for a formal detox, then periodic juice fasting will stimulate autolytic digestion, which will help remove the TCE storing fat cells from your body.

And on a Different Note!

One of the questions I am frequently asked is: have I been vaccinated yet? And the answer is that I got my first Pfizer shot at the end of March. To be clear, I was never worried about getting COVID. I had it back in March of 2020 and used Super ViraGon to wipe it out in three days. Even though Baseline Nutritionals is now closed and ViraGon is no longer available, at least for now, I stocked up before things closed and knew I was covered. The problem is that even though I was sure I could handle any infection I might get, using an antipathogen formula after you get COVID does not prevent you from infecting others in the days you are infected but asymptomatic and obliviously mingling. The bottom line is that the decisions we make do not just affect us; they can often affect those around us as well. And for that reason alone, I decided to get vaccinated.

Also, as I predicted many months ago, it now seems clear that some form of unofficial vaccination passport is coming for those who want to travel. So, that’s a good secondary reason for getting vaccinated if being socially conscious isn’t enough of a reason by itself. 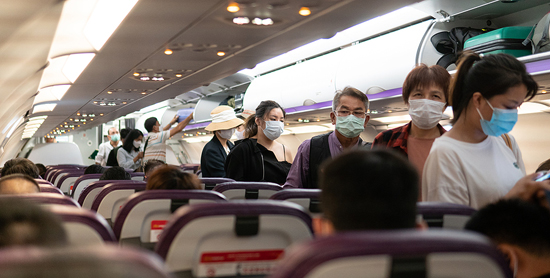 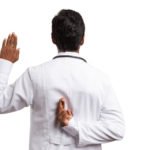