Hug it Out to Prevent Colds 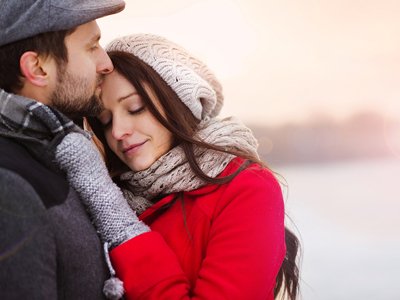 Now that winter is truly underway, chances are good that you are doing all you can to avoid germs and stay healthy. Washing your hands frequently with soap and water, limiting the number of surfaces you touch in public places, and offering a fist bump or wave rather than a handshake are all good ways to prevent the transmission of potentially nasty bugs. And perhaps there is another equally beneficial method of cold avoidance that you may not have considered. According to new research, getting hugs can help you lessen your chances of getting sick.

The study, which took place at Carnegie Mellon University in Pittsburgh, Pennsylvania, found that people who are hugged frequently appear to have a lower risk of becoming infected with a cold or the flu than those who do not receive many hugs.1 Bernstein, Lenny. “Who needs a hug? Anyone trying to ward off a cold this winter.” Washington Post. 18 December 2014. Accessed 20 December 2014. http://www.washingtonpost.com/news/to-your-health/wp/2014/12/18/who-needs-a-hug-anyone-trying-to-ward-off-a-cold-this-winter The subjects were 406 men and women who answered questions daily for two weeks about their social support networks that included how often they were hugged.

These individuals were all gathered for the experiment and kept in a quarantine setting in hotel rooms. Nasal drops chock full of cold and flu viruses were administered to each of them. The researchers then used three methods of testing to determine which of the participants actually caught an infection. Any used tissues they discarded were weighed to determine the amount of mucus produced. A special dye was injected into the volunteers’ upper respiratory tract to evaluate their ability to clear any mucus present. Finally, blood samples were taken to assess whether antibodies had been produced to fight off the cold and flu germs.

The research was designed to determine what, if any, defense was provided by having a robust social network against certain physical manifestations of stress such as catching a cold or the flu. The results showed that those who considered their support networks to be weak and felt they had a substantial degree of stress had an increased susceptibility to infection with an illness. In contrast, those who reported receiving lots of hugs and felt their social network was strong had far fewer infections and their symptoms were less severe even if they were facing a good deal of stress at the time.

The subjects reported on the level of interpersonal conflicts they were experiencing as well as whether they had gotten any hugs each day during their telephone interviews. One particularly interesting aspect was that the hugs provided on lower tension days seemed to bolster the protection for higher tension days and offered a lingering effect. The researchers actually broke down the signs of social support to measure each different factor’s impact on illness protection and attributed 32 percent of the positive effects of support to getting hugged.

It’s not exactly clear just what it is about hugging that would confer protection from ailments to such a degree, but we can speculate that it may be due to a hug being a somewhat more intimate gesture of contact. Possibly it is some innate need in us that begins in infancy with skin-to-skin cuddling and continues into adulthood as we consider hugging to be a sign of caring or love. Or perhaps it’s a sharing of interpersonal energy. In any case, a hug is not a form of contact that most of us would undertake with just anyone. It demonstrates an elevated level of social bonding between two people. There may be many friends or relatives to whom you are comfortable giving a handshake or a quick peck on the cheek, but you wouldn’t grab in a hug. Another aspect of the power of a hug may involve the release of oxytocin when we are touched by another person, which promotes bonding, relaxation, and emotional stability.2 Ellingsen, DM; et al. “In touch with your emotions: oxytocin and touch change social impressions while others’ facial expressions can alter touch.” Psychoneuroendocrinology. January 2014. Accessed 21 December 2014. http://www.ncbi.nlm.nih.gov/pubmed/24275000

Ultimately, we are all likely to benefit significantly from being hugged regularly by those we love. It appears to help us both psychologically and physically to ward off problems, especially those related to stress such as vulnerability to colds. So don’t be stingy with your hugs. Embrace those you care about every day, and it will probably do you a world of good.