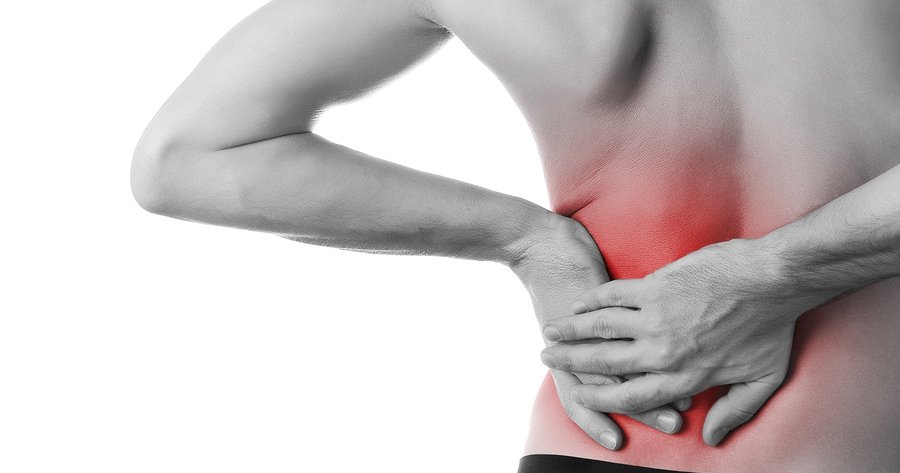 I have a friend who never seems to get ruffled when people treat him like dirt. He tells me that if somebody treats him badly, he just assumes they’re having back problems.

In fact, according to a 2012 Gallup Poll, 31 percent of US adults suffer from chronic back or neck pain.1 “Chronic Pain Affects 47 Percent of Adults, Survey Finds.” Huffington Post. 30 April 2012. http://www.huffingtonpost.com/2012/04/30/chronic-pain-united-states-adults-age_n_1465222.html Back pain is the leading cause of disability in those under the age of 45, and it’s one of the most common reasons for missed days at work.2 “AAPM Facts and Figures on Pain.” American Academy of Pain Medicine. http://www.painmed.org/patientcenter/facts_on_pain.aspx Add to that all the people living with pain from other causes and you have at least 100 million American adults living with chronic pain. In other words, my friend might be right. The person snarling at him might simply not feel well because a lot of people feel bad at any given moment.

It’s no secret that to address pain, most of the population resorts to painkillers–either nonprescription medications like ibuprofen, aspirin, or acetaminophen, or else prescription painkillers that can lead to addiction and increased debilitation. All the drugs have potentially dangerous side effects, and all have limited effectiveness. Now, though, there’s a breakthrough product on the market that promises relief from pain without drugs and the manifold problems that drugs engender–the Saluda implant.

This spinal cord implant is being heralded as the world’s first permanent cure for constant pain.3 Pearlman, Jonathan. “Cure for chronic pain found: world first as patient fitted with permanent spinal cord implant.” 15 October 2015. The Telegraph. 16 October 2015. http://getpocket.com/a/read/1072768910 Although similar pain-dulling spinal devices have been around for three decades or so, this new “Saluda implant” is different in that it adjusts to administer the correct “dose” according to the pain impulses the body experiences at any moment.

Precursors to this implant are commonly available electro-stimulating devices made up of electrodes that get inserted under the skin, with protruding wires that hook up either to nerves or to the spinal column.4 “Electrical  Nerve Stimulation for Chronic Pain.” WebMD. 16 November 2015. http://www.webmd.com/back-pain/spinal-cord-stimulation-for-low-back-pain The electrodes generate pulses at regular intervals, and the pulses interfere with nerve activity that causes pain. Instead of feeling pain, users experience a little tingling sensation. These electrical stimulating devices can be turned off and on, with use typically limited to three or four hour-long sessions a day. To receive one of these implants, patients undergo a short procedure that entails a local anesthetic and sedative.

One of the problems with the current electrical implants is that they pump out the same amount of pulsing no matter the level of pain the user is experiencing. This means that users can get too strong a “dose,” as pain usually arises in cyclical fashion and an impulse that works for acute pain can actually cause a shock if the user is in a low-pain cycle. In fact, these devices have a significant failure rate because of this “shock” factor; many users just can’t take it. And, when users move around or change positions, the device also shifts as it’s not permanently affixed. This results in off-target dosing so the patient stops experiencing relief, plus it sends shocks to the body. Also, as with pain medication, the body typically adjusts to the device over time, increasing tolerance, so that, after a while, the method stops being as effective. It seems to work best in cases of failed back surgery and chronic low back pain.

The Saluda implant, in contrast, is inserted right into the spinal canal, a few inches away from the spinal column itself. The advantages are significant. First of all, it doesn’t shift around when the patient moves.5 Alexander, Harriett. “Saluda spinal implant for pain relief heralded as ‘breakthrough.'” 14 October 2015. Sydney Morning Herald. 16 October 2015. http://www.smh.com.au/national/health/saluda-spinal-implant-for-pain-relief-heralded-as-breakthrough-20151013-gk7s9c.html More importantly, it has the ability to receive constant feedback from nerves and then to adjust pulses to the appropriate level so that the user doesn’t receive shocks.

As Dr. Charles Brooker, an Australian physician who recently inserted the device into the first human to receive it, says, “[The new] machine can adjust itself to produce whatever set level the patient wants, and that’s a big advance because, previously, whenever people moved or their heart was pulsating, various things would make the electrical signal waver up and down quite significantly, and they would get shock sensations and not be able to live their lives effectively in many cases.”

The first person to test the Saluda, 60-year-old Joe Grewel, claims his long-term back pain has diminished from a level of eight on a 10-point scale to about two or three since receiving the Saluda implant. Grewel was in constant pain for the past 30 years, ever since surgery for a disc that ruptured 30 years ago. He’s been on a morphine drip and various prescription drugs ever since. Thirty more trials are scheduled on individuals in Australia, and US trials are not far behind

It’s expected that the Saluda implant might also be effective in helping those with Parkinson’s to control pain, as well as those with chronic bladder infections, too. The point is that many of these people currently are dependent on painkillers, and this Saluda device might offer a clean alternative. The number of painkiller-addicted patients has been growing exponentially, particularly in the US.6 Avila, Jim and  Murray, Michael. “Prescription Painkiller Use at Record High for Americans.” 20 April 2011. ABC News. 17 October 2015. http://abcnews.go.com/US/prescription-painkillers-record-number-americans-pain-medication/story?id=13421828 There are over 131 million Vicodin prescriptions in circulation on an average day, and in 2014, physicians wrote a total of 259 million prescriptions for painkillers of all types.7 Opiod Painkilling Prescribing.” July 2014. Centers for Disease Control and Prevention. 17 October 2015. http://www.cdc.gov/vitalsigns/opioid-prescribing/

One problem with the glut of painkilling drugs is that the pills can end up ruining lives. In 17 states, more people die from painkiller overdoses than from car accidents.  In real numbers, that translates to 46 people daily.  Plus, the drugs interfere with cognitive function, rendering patients unable to work effectively, rarely kill pain to the extent patients hope, and the list of potential side effects from both prescription and non-prescription painkillers is staggering. And so, an implant that offers a non-pharmaceutical alternative would be a welcome addition to the options, providing it fares well in trials. It’s not that the Saluda is without side effects, too–there can be infection at the site of the insertion, for one thing. Since only one person has tested the device so far, it’s hard to know what else it might trigger.

Right now, it costs $30,000 to have a Saluda implant, but that cost should go down as the technology improves and more of the devices are manufactured. It seems like a hefty amount, but experts say that if it works, it will be far more cost-effective in the long run than prescription drugs given all the accompanying issues pharmaceuticals engender. Certainly, the Australian government thinks the device warrants support. The nation invested five million dollars into development under the direction of the Australian minister of health.

Let’s hope that the trials go well and that the device really does offer the level of drug-free relief that experts believe it will.

But keep in mind, all of the things we’ve talked about today work purely as pain relievers. They do nothing to eliminate the underlying cause of that pain. For some pain, such as when a disc has been surgically damaged, you have no choice. The damage is permanent, and all you can do is either live with the pain or block it. But for many other forms of chronic pain there are alternatives including chiropractic, massage, exercise, and natural deep tissue oils that allow you to get both short term relief and long term healing. 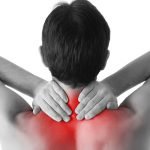 Give Me Your Pain