Fibromyalgia is a medical condition characterized by chronic muscle pain, fatigue, sleep problems, and depression. Its exact cause is unknown, and it is often very difficult for those with this condition to find relief through standard medical treatments, which consist primarily of pharmaceutical drugs. But now there is some very good news for fibromyalgia sufferers. New research suggests that acupuncture might be an effective, natural method of treating fibromyalgia.

The study, which took place at the Dona Mercedes Primary Health Center in Seville, Spain, found that fibromyalgia patients treated with acupuncture experience relief from painful symptoms and enjoy improved quality of life.1 Vas, Jorge; et al. “Acupuncture for fibromyalgia in primary care: a randomised controlled trial.” Acupuncture in Medicine. 15 February 2016. Accessed 21 February 2016. http://aim.bmj.com/content/early/2016/01/27/acupmed-2015-010950.full?sid=12c100fa-69b3-4280-9fe7-aff46812d6ab The subjects were 153 men and women who had all been previously diagnosed with fibromyalgia. They were randomly divided into two groups. One group received individually tailored acupuncture treatments based on their areas of pain, while the other group instead received simulated acupuncture, which is set up as if the patient is being treated with acupuncture but it is actually a placebo. All of the subjects were provided with nine weekly treatment sessions that were 20 minutes long.

There were follow-up appointments at 10 weeks after the start of the trial, again after six months, and finally at one year. At these junctures, the volunteers answered surveys about the level of pain they were presently experiencing, whether they felt depressed, and their overall quality of life. They took the Fibromyalgia Impact Questionnaire at each of the follow-ups, which contains questions about how they perceive the disorder affects them both mentally and physically.

A reduction in pain of 35 percent was reported at 10 weeks for those who received acupuncture, versus a perhaps higher than expected 24.5 percent for those who received the sham acupuncture. But, and this is the important point, this placebo effect didn’t really last. The pain scores at the one-year mark were down slightly but still registering more than a 22 percent reduction in the acupuncture group, whereas the participants given false treatment were only five percent lower at the end of the year. Those who had received acupuncture also reported greater improvement in pressure pain, the number of tender points on the body, fatigue levels, anxiety, and depression.

It must be noted that many of the volunteers were taking pharmaceutical drugs to deal with their fibromyalgia pain prior to the beginning of the investigation, and they were allowed to continue this regimen. Although many did stick with their pain medications, those who received acupuncture had reduced their drug intake and were taking significantly less than those who had the sham treatment.

The research was not without its flaws, however. The small size of the population sample definitely limits the scope of the findings. Plus, the researchers did not specify that the subjects should not use pharmaceutical medications other than their pain drugs. Not only did some of them take antidepressants, but those who received acupuncture were in fact taking greater doses of these medications a year after their acupuncture therapy, which clearly taints the results in relation to anxiety and depression levels as well as perceived quality of life.

Yet despite these significant shortcomings, there is certainly a good deal of value in this study too. It serves as an important reminder that there are effective options for treating many conditions that do not rely on pharmaceutical drugs. The medication often prescribed to fibromyalgia patients for pain relief is Lyrica (pregabalin), which blocks the nerves from sending pain signals to the brain. It is hardly a wonder drug, with a study conducted by manufacturer Pfizer in 2015 showing that there was no statistical difference in pain scores between those who took the medication and those who took a placebo.2 McKee, Selina. “Pfizer’s Lyrica fails post-marketing study.” Pharma Times. 12 March 2015. Accessed 22 February 2016. http://www.pharmatimes.com/Article/15-03-12/Pfizer_s_Lyrica_fails_post-marketing_study.aspx Plus, Lyrica is associated with side effects including fatigue, constipation, weight gain, blurred vision, dizziness, headaches, amnesia, cognitive dysfunction, vertigo, visual disturbances, and (if you can believe it) more.

On the other hand, even if acupuncture cannot offer total pain relief to everyone with fibromyalgia, it is very safe when performed by a licensed practitioner. This therapy was shown in a 2015 study to reduce neck pain effectively and for the long term.3 MacPherson, Hugh; et al. “Alexander Technique Lessons or Acupuncture Sessions for Persons With Chronic Neck Pain.” Annals of Internal Medicine. 3 November 2015. Accessed 22 February 2016. http://annals.org/article.aspx?articleid=2467961 It involves no medications, simply well placed needles that are positioned at specific points around the body. Acupuncture has been a form of treatment for thousands of years, and it is a respected component of Traditional Chinese Medicine that seems to certainly be worth trying for fibromyalgia sufferers. 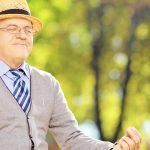 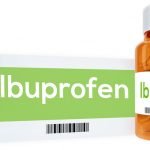