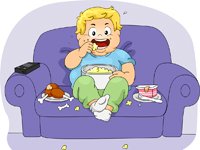 It’s almost a cliché that as parents watch their toddlers run around, they sigh to their friends, “I wish I had that kind of energy.” The irony is that in another seven years, those same parents may well complain that their formerly energetic kids now won’t get off the couch.

A new study by the Centers for Disease Control has found that physical activity among children peaks as early as age two and then begins a steady decline.1 Reynolds, Gretchen. “This is Our Youth.” 9 July 2014. The New York Times. 15 July 2014. http://well.blogs.nytimes.com/2014/07/09/young-and-unfit/? By the time they reach the age of 12, the majority of kids already are in poor cardiorespiratory shape from lack of physical activity. According to the study, fewer than 33% of girls between the ages of 12 and 15 are at an acceptable level of physical fitness. The situation for boys is slightly better, though still pathetic, with only 50% as fit as they should be. These numbers hold no matter the income level, race, or ethnic background of the youth.

Equally alarming is the rate at which fitness among young people seems to be declining. The overall percentage of young people at an acceptable fitness level who were tested between 1999 through 2000, including boys and girls, was 52%. In just 12 years, those rates plummeted to just 42% overall, and evidence indicates there’s a steady trend downward.2 Gahche, Jaime, et al. “Cardiorespiratory Fitness Levels Among U.S. Youth Aged 12–15 Years: United States, 1999–2004 and 2012.” Number 153, May 2014. CDC. 15 July 2014. http://www.cdc.gov/nchs/data/databriefs/db153.htm Boys in particular showed a rapid decline, with fitness levels at 68% back in 2000, again, now showing at only 50%.

The subjects in the CDC study included a pool of about 450 boys and girls who were participating in the National Health and Nutrition Examination Survey (NHANES). Fitness levels were tested as the subjects ran on a treadmill. Not surprisingly, the obese subjects in the study had lower fitness levels compared to the subjects of normal weight. And of course, it makes sense that as we collectively barrel into obesity, fitness rates decline.

Reading between the lines, this means that our kids are heading en masse into adult debility and illness. The fact is that fewer than one in three kids now is physically active on a daily basis.3 “President’s Council on Fitness, Sports, and Nutrition.” 19 July 2014. http://www.fitness.gov/resource-center/facts-and-statistics/ Instead, the typical child spends at least seven and a half hours in front of the computer or TV screen. Plus, youth now have far fewer outlets for physical activity than they did 20 years ago. Whereas physical education once was a school requirement, now, only six states still require kids to take gym in grades K-12. If they want to exercise outside of school, their options also are limited. Only one in five US homes is within half a mile of a park or recreation center. If kids want to play in the streets, once a given throughout US neighborhoods, they probably won’t be allowed to, since hanging out in the streets now is considered dangerous in so many places. Anyway, it’s not likely that they’ll get inspiration to exercise by looking to the adults in their lives. Fewer than five percent of US adults get 30 minutes or more of exercise daily.

All this adds up to a generation of out-of-shape kids, with a future prognosis of even more out-of-shape kids on the way. The implications are profound. For instance, reports show that 75 percent of American youth age 17-24 are unfit to serve in the military.4 “Author Bing West says 75% of young adults in U.S. not mentally or physically fit to serve in military.” 25 February 2014. Providence Journal. 19 July 2014. http://www.politifact.com/rhode-island/statements/2014/mar/02/bing-west/author-bing-west-says-seventy-five-percent-young-a/ Fifty one percent don’t meet minimum fitness standards because of health issues or obesity, 10 percent have a criminal record that rules them out, 30 percent of those with high school diplomas nevertheless fail the military’s literacy test, and still others lack the required high school diploma.

By the way, the role of overeating in the low fitness levels may be less significant than lack of exercise, at least according to another study just published in The American Journal of Medicine. This second study, which relies on the same NHANES data pool, concluded that calorie consumption has remained steady over the past 20 years while exercise rates have dropped. The decline in exercise level has been particularly precipitous for adult women, with almost 52 percent reporting doing no exercise whatsoever in 2010. In 1994, only 19 percent of women reported abstaining from exercise.

Study after study confirms the devastating effects of lack of exercise: higher rates of heart disease, diabetes, cancer, depression. Other studies have shown that the incidence of high blood pressure in teens is steadily increasing, and signs of atherosclerosis are now being observed in children as young as four. And a new study just found that lack of exercise is a major contributor to Alzheimer’s development.5 Russell, Peter. “Study: 1 in 3 Alzheimer’s Cases Preventable.” 14 July 2014. WebMD. 18 July 2014. http://www.webmd.com/alzheimers/news/20140714/study-1-3-alzheimers-cases-preventable If kids don’t get the fitness habit when young, chances are they won’t develop it later, either. We wrote a few years ago about the fact that today’s kids probably won’t outlive their parents given climbing obesity rates and declining levels of fitness. This new data underlines that possibility.

What can be done? It seems a no-brainer to advocate for reinstituting physical education back into public school curriculum. Parents may think it’s more important for their kids to learn higher level math than to master high-jump skills, but knowing advanced trigonometry does no good if you’re dead. Parents, health officials, school administrators and legislators need to rethink priorities, because, in today’s world of structured activities, school is the only possible place where most kids can get daily exposure to physical activity beyond hitting the remote. There’s only so many hours a week mom can spend taking kids to non-school soccer practice. 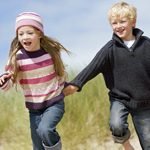 Soccer May Not Be So Safe