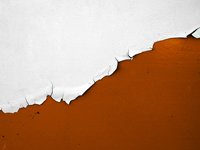 It is well known that lead can be quite toxic to the human body, especially in children because it affects their developing brains and central nervous systems.  But traditionally, a person was not considered to be have a dangerous blood-lead level until they reached 20 micrograms per deciliter (mcg/dL).  However, new research has found that, in terms of children’s health at least, we may want to rethink safe levels of lead exposure. As it turns out, many children who have blood-lead levels lower than 20 mcg during their early years are experiencing behavioral issues affecting them at school.

The study, which was conducted through the University of Wisconsin-Madison, determined that children who have absorbed even moderate levels of lead during their formative first three years were approximately three times more likely to have received a suspension at school than were their peers with little to no lead present in their bloodstreams.1 Toppo, Greg. “Lead poisoning’s impact: Kids suspended more at school.” USA Today. 14 August 2013. Accessed 19 August 2013. http://www.usatoday.com/story/news/nation/2013/08/14/lead-poisoning-school-discipline/2648211   The subjects were 3,763 students at public schools in Milwaukee.  The researchers obtained information about them by examining and comparing their medical histories as well as their discipline records at school.

As already stated, children have long been considered at risk for the toxic effects of lead poisoning when they have blood-lead levels of at least 20 mcg, which has been proven to cause learning problems, slowed growth, fatigue, irritability, and more.2 “Lead poisoning.” Mayo Clinic. 12 March 2011. Accessed 20 August 2013. http://www.mayoclinic.com/health/lead-poisoning/FL00068/DSECTION=symptoms   However, those children who measured at levels below this amount–in the range of 10 to 20 mcg–have previously been considered to have only moderate exposure.  This level of exposure was merely deemed a concern by the medical community, that is until 2012, when the Centers for Disease Control and Prevention in Atlanta finally declared that any blood-lead level is unsafe.  Therefore, researchers’ started focusing on those kids with blood-lead levels between 10 and 20 mcg to determine whether this amount was detrimental, using their peers with blood-lead levels of less than 5 mcg as a control group.

The suspension rate at school was considerably higher for those students with levels of lead in the 10 to 20 mcg range.  Of that group of children, almost one-third had been suspended at some point.  In contrast, of the kids who showed no signs of lead exposure in their blood, only slightly more than one-tenth had been suspended.  There is also a marked difference in the suspension rates of white youths versus African American youths in the Milwaukee public school system, and the researchers attributed approximately 23 percent of this disparity to the higher blood-lead levels of lead in the African American kids.

Lead was used in paints for many years until it was banned in 1978.  Older areas of housing in aging cities such as Milwaukee still show detectable levels of lead.  In many cases, the lead-based paint was simply painted over at some point, which can become problematic if the layers begin to peel or flake off.  Small children, who are well known to put anything they come across into their mouths, then pick up these bits of paint and ingest them.

Therefore, if your home was built before 1978, it is a good idea to have it tested for the presence of lead.  In an ideal world, when any lead is detected, we should thoroughly remove the paint and remodel.  However, since that may be too large and expensive an undertaking for many people, another option is to cover it with paint or wallpaper and keep the area well maintained to prevent flaking.

Even if your home is free of lead, that doesn’t mean there is no chance of exposure.  Lead leaches into the air we breathe from coal-burning power plants, and the EPA estimates that 10 to 20 percent of human exposure to lead may come from our drinking water.  For infants who drink powdered formula that must be mixed with water, it can result in dangerously high exposure.  That’s why it is so important to filter your water to minimize exposure through this source and avoid as many other sources as possible. (And no, carbon granule water filters like the Brita are not NSF certified for lead removal.)  If the exposure is significant, a chelating agent may be necessary to remove the lead from the body.3 “Frequently Asked Questions About Lead Poisoning.” California Department of Public Health. 2013. Accessed 20 August 2013. http://www.cdph.ca.gov/programs/CLPPB/Pages/FAQ-CLPPB.aspx#treated   It is also healthy to perform a heavy metal cleanse that relies on oral chelation on a regular basis to ensure lead and other dangerous toxins do not have an opportunity to accumulate.