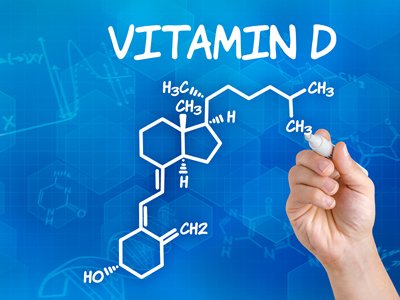 Fighting cancer is a tough battle, no matter where it occurs in the body. The disease itself–as well as just about every form of treatment for it–can take a heavy physical toll. But patients strive hard to do what it takes to eliminate the malignancy so they can hopefully live for many years afterward as a survivor. To that end, it appears that new research has found a safe and natural way to increase the odds of beating cancer…by increasing our intake of vitamin D.

The study, which took place at the Shanghai Institutes for Biological Sciences of the Chinese Academy of Sciences, determined that greater levels of vitamin D are associated with higher survival rates from various forms of cancer.1 Firger, Jessica. “Vitamin D may increase cancer survival rates.” CBS News. 29 April 2014. Accessed 8 May 2014. http://www.cbsnews.com/news/vitamin-d-may-increase-cancer-survival-rates/. These findings were established by evaluating 25 different studies that assessed how vitamin D levels might influence cancer survival rates. The subjects of the various studies included were more than 17,000 individuals with a diagnosis of some type of cancer.

By analyzing all of the data, the scientists discovered that those patients who had a vitamin D level in their blood that was elevated by 10 nmol/L had a four percent higher survival rate than that of their peers with a lower vitamin D level. The patients who appear to benefit most from higher vitamin D levels are those suffering from breast cancer, lymphoma, and colorectal cancer. In addition, the results point to vitamin D providing slightly less robust recovery assistance to those diagnosed with leukemia, lung cancer, prostate, cancer, gastric cancer, melanoma, and Merkel cell carcinoma.

While a four percent increase in survival rates may not seem like a tremendous advantage, this would be enough to make a life-or-death difference for thousands of people. What the study does not make clear is the amount of vitamin D a cancer patient would need to be taking to help eradicate malignant cells, nor what type: D2 or D3 was used in the study, or if it mattered. According to the Office of Dietary Supplements at the National Institutes of Health, the recommended daily dose of vitamin D for everyone between the ages of one and 70 is 600 IU, and that bumps up to 800 IU for individuals over the age of 70.

Good sources of vitamin D include such foods as swordfish (if you don’t count the mercury), salmon, and eggs, as well as fortified foods like milk and yogurt. Exposure to sunlight helps the body to produce vitamin D as well, but many people avoid the sun or apply sunscreen even if they are going to be outside for a short period, and this prevents our ability to make our own vitamin D. In fact, a 2008 study at the Australian National University in Canberra found that limited amounts of sun exposure are integral to the prevention of vitamin D deficiency and its related diseases.2 Lucas, Robyn M.; et al. “Estimating the global disease burden due to ultraviolet radiation exposure.” International Journal of Epidemiology. 14 February 2008. Accessed 9 May 2014. http://ije.oxfordjournals.org/content/37/3/654.abstract?sid=cbd1f1e4-c076-43da-8260-05d03fb05b36 Simply 10 to 15 minutes of sunlight can get vitamin D production in swing without increasing the risk of skin cancer for most people. Another good option–particularly during winter months–to ensure adequate intake of vitamin D is to take a supplement.

The findings of the current study directly contradict some other recent research that suggests vitamin D offers little benefit in its effects on cancer, cardiovascular disease, stroke, and even bone strength. And this is not the first time that a scientific report has produced a result showing that vitamin D does not contribute a lot to our health. But Jon Barron devoted a newsletter, called Vitamin D Nonsense, to debunking these kinds of conclusions. And much of the confusion centers around which form of vitamin D you supplement with. When studies do not differentiate between those who supplement with D2 or D3, it effectively nullifies their data. Check it out to learn more about the flaws and misunderstandings in much of this research.

Ultimately, if we spend a few minutes in the sunshine each day and regularly eat foods that are rich in vitamin D, we’ll be on our way to increasing our levels, but it still may not do enough good. Adding a supplement of 1,000 to 2,000 IU of vitamin D3, which is the form of the vitamin that influences our health, should do the trick to bring our levels to a more beneficial range. And if you are overweight, try to shed some pounds since you are at higher risk of vitamin D deficiency. Attaining a higher vitamin D level might just make all the difference when it comes to preventing or fighting off cancer and other serious diseases.