The breast cancer drug Tamoxifen might well be marketed with the slogan, “If it doesn’t kill you, it will cure you”– except that would be an overstatement. The truth is that it probably won’t cure you of anything, but may very well kill you, as yet one more study makes clear. According to that study, just published in Cancer Research no less, long-term use of tamoxifen ups the risk of getting aggressive cancer in the other breast by 440 percent. In spite of this finding, researchers insist that women should keep taking the drug because, they say, the benefits outweigh the risks. Then again, they’re not the ones at risk.

Tamoxifen has been used for over 25 years both to treat breast cancer, as well as to prevent it. Most breast cancers spread when exposed to estrogen, and since tamoxifen inhibits estrogen receptivity, it has been the standard treatment, although recently aromatase inhibitors, a new class of drugs, have taken precedence. Tamoxifen also has frequently been prescribed to high-risk women who don’t have breast cancer as a prophylactic measure to stave off tumors. And, it’s been used to treat osteoporosis, bipolar disorder, and prostrate cancer.

But problems with tamoxifen have been surfacing for years, and now this study shows the drug causes an even more deadly version of the disease it supposedly cures. The tumors negatively associated with tamoxifen use do not feed on estrogen, no drugs on the market have been effective in treating them, and the prognosis for cancers featuring these tumors is worse than for estrogen-dependent cancers.

The study followed 1100 women aged 40-79 who received treatment for estrogen-receptive breast cancer between 1990 and 2005. Those who took tamoxifen were 60 percent less likely to develop estrogen-dependent breast cancer in the other breast compared to those not taking the drug. But those women who took the drug for more than five years, as already mentioned, had a hugely increased risk of developing estrogen-negative tumors. The study did not include women who took the drug long-term to prevent breast cancer in the first place. If it had included that group, the risk most likely would reflect far higher numbers.

So, you might conclude, since the drug does seem to provide significant short-term protection, you can safely take it for the recommended five years (that’s the standard regimen) and then stop, thus reaping the benefits and avoiding the risks. Doctors point out that in the study, the overall numbers of women developing the aggressive breast cancers remained small (an interesting double standard as we’ll discuss in a moment). The tumors appeared in only 14 of the 358 women treated for longer than five years. But, two troublesome key points make those arguments look lame. First, tamoxifen causes life-threatening problems other than breast cancers. Also, studies have found that while tamoxifen may prevent estrogen-dependent breast tumors, it does very little, if anything, to prolong life expectancy, at least when used as a cancer preventative. Let’s examine these issues in a little more detail.

First, the other health problems associated with tamoxifen include blood clots, strokes, uterine cancer (about double the risk), ovarian cancer, liver cancer, gastrointestinal cancers, and cataracts among them, as well as the usual chemotherapy discomforts — nausea, vomiting, headaches and so on. “Any sort of treatment has risks and benefits, and the benefits for tamoxifen are very clear, particularly with respect to reducing mortality,” says lead researcher Christopher Li, MD, of the Fred Hutchinson Cancer Research Center in Seattle. But are they? A huge study of 13,000 women by the National Cancer Institute back in the 1990’s found that while tamoxifen did indeed cut “the incidence” of breast cancer by 30-50 percent in the high-risk group of women who took it as a preventative, seven years into the follow-up, women in the no-tamoxifen control group had fewer deaths from breast cancer than those in the tamoxifen group — marginally fewer, but fewer none-the-less.

And, as I’ve written before, those statistics touting the huge percentage reductions in new tumors from tamoxifen’s effects do not hold up on closer inspection. About ten years ago, newspapers cited studies proving the efficacy of tamoxifen that consistently read something like “The National Cancer Institute’s Breast Cancer Prevention Trial reported that there was a 49 percent decrease in the incidence of breast cancer in women who took tamoxifen for four to five years.” That’s stunning. If your doctor told you that using tamoxifen cut your chances of getting breast cancer by 49%, would there be any question in your mind on whether or not to use it? But if you look past the statistics, the truth is that according to the study, your odds of getting breast cancer without using tamoxifen were only 1.3%. With tamoxifen it dropped to .68%. And yes, that could be represented as a 49% difference between the two numbers. But the reality is we’re talking about a difference of just 86 women out of 13,388, or just a little over one-half of one-percent (0.64%) in real terms.

If you already have breast cancer, it’s your call whether or not to take on the risks tamoxifen brings. On the other hand, if you’re going the mainstream medical route, you may want to consider the fact that aromatase inhibitors beat tamoxifen in terms of survival rates, plus they have far fewer side effects. The only proviso here is that these drugs work only for post-menopausal women, and they cost more than tamoxifen.

But if you’re taking tamoxifen as a cancer preventative, you might want to think very carefully about the payoff versus the potential cost. And you might want to view the following statement made by Dr. Li regarding his recent study with a skeptical eye: “Certainly none of the data has suggested that we stop using tamoxifen or change the way we apply it.”

Keep in mind that there are natural alternatives available that are at least as effective as tamoxifen — alternatives that not only strengthen your body and reduce your vulnerability to cancer and other deadly diseases but that have the added benefit of not triggering even more vicious diseases than those you seek to fend off. In fact, the self same Dr. Li just released the results of another study a few days ago that found that a simple change in diet can drop your risk of breast cancer by 40%. That makes it virtually as effective as tamoxifen, but with only beneficial side effects. 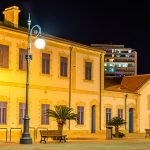