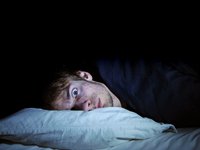 Did you ever have a night of tossing and turning, spending more time awake than asleep?  Just about everyone goes through this at some point.  We pay the price the following day when we’re often exhausted, short-tempered, and may need mass quantities of caffeine just to help us function.  But for some people, disrupted sleep occurs more than once in a while, and that’s when it starts to negatively affect your health. Over the years we’ve explored many of the health aspects associated with lack of sleep including heart disease, increased accident risk, and even premature death.  Well, now, new research has discovered that fragmented sleep may actually speed up the growth of malignancies within the body.

The study, which took place at the University of Chicago Comer Children’s Hospital in Illinois, found that mice that were deprived of consistent sleep suffered harm to the immune system that accelerated the progression of existing tumors.1 “Disrupted Sleep Could Spur Cancer Growth Through Immune System Effects, Animal Study Shows.” Huffington Post. 28 January 2014. Accessed 5 February 2014. http://www.huffingtonpost.com/2014/01/28/sleep-cancer-immune-system-fragmented-disrupted_n_4675114.html   The mice were divided into two random groups.  The first group slept through the day without being awakened at all.  The second group, however, was awakened in two minute intervals throughout the day by a machine moving through the cages.  Each time, after the mice woke up, they were allowed to fall asleep once again.

These disrupted and undisrupted sleep cycles were continued for a period of one week.  After that, the scientists injected the mice in both groups with cells from one of two varying types of tumors.  In less than two weeks, all of the mice used in the experiment began to develop tumors, which were analyzed by the researchers four weeks later.  The tumors that formed in the mice that had not been permitted to sleep regularly were twice the size of the tumors in the mice that had been allowed to sleep soundly.

As the scientists delved more deeply into the reason why this might have occurred, they noticed differences in the cells of the immune systems between the two groups of mice.  The mice that slept without disruption had higher levels of M1-type tumor-associated macrophages (TAMs), which are immune system cells that have the ability to target and eradicate the abnormal cells that have become cancerous.  In contrast, the mice that were frequently awakened showed higher levels of M2-TAMs, which are variations on these same immune system cells that release growth factors and other substances that can help the malignant cells to invade healthy cells and spread.2 “The Impact of M1/M2 Tumor Associated Macrophage (TAM) Polarization on Cancer Progression and Prognosis Prediction.” National Cancer Institute. 17 October 2013. Accessed 7 February 2014. http://www.cancer.gov/clinicaltrials/search/view?cdrid=597994&version=HealthProfessional&protocolsearchid=12193433

While animal studies do not always translate exactly to the same outcomes in humans, these findings are in line with other research that has shown sleep to be a powerful factor in health.  A 2013 study at the Norwegian University of Science and Technology in Trondheim, Norway established an association between chronic sleep problems and heart failure at some future point, even if there was no previous indication of cardiovascular disease.3 Laugsand, Lars E.; et al. “Insomnia and the risk of incident heart failure: a population study.” European Heart Journal. 5 March 2013. Accessed 7 February 2014. http://eurheartj.oxfordjournals.org/content/early/2013/02/28/eurheartj.eht019.abstract?sid=b328c91a-293b-4271-b315-b3fac2c28888 And a number of studies have linked insomnia with an increased risk of depression, anxiety, high blood pressure, and more.

The findings of the present research may potentially be valuable for those who are battling serious illness as well as those who are generally healthy.  Sleep can help bolster the immune system so the body can better respond to treatments and fight off cancer.  Because when the immune system is functioning optimally–part of which is dependent on getting both the necessary quantity and quality of sleep–the body is better equipped to eliminate viral and bacterial invaders as well as rogue cells within the body, not to mention precancerous masses of abnormal cells.

So do whatever you can to improve your sleep situation if you’ve got any insomnia issues.  Avoid consuming alcohol or caffeinated products later in the day; don’t spend bedtime looking at the screen of a television or computer; don’t ignore sleep apnea if you suffer from it; and try to stick to a consistent sleep schedule to get the best ZZZZZs on a regular basis.  And try the Baseline of Health approach to strengthen your immune system and naturally optimize your health. 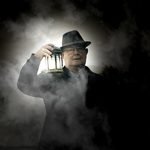 Graveyard Shift and the Graveyard