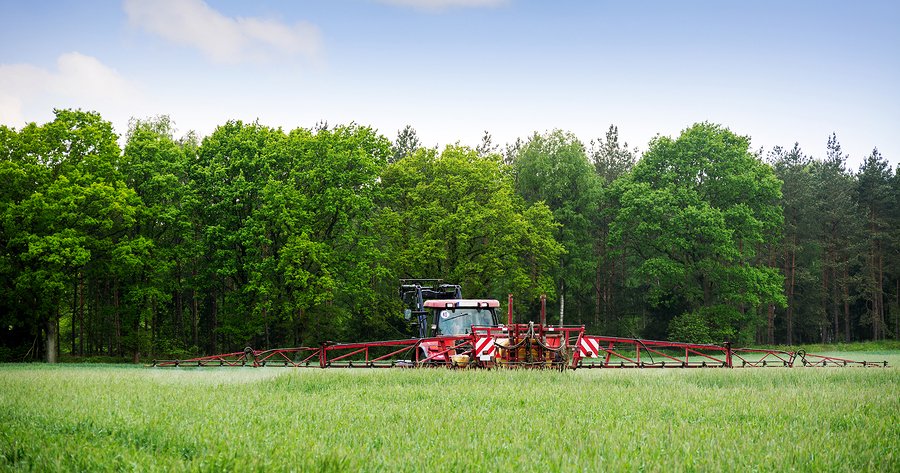 On any given summer Saturday, in any typical suburban neighborhood, homeowners mill about their lawns and gardens, armed with spray cans. They want to smite all the weeds that threaten their beautiful greenery, and with an $8 bottle of Roundup, they can do just that.

Roundup is the commercial name of a product rich in a chemical called glyphosate, an herbicide produced by the Monsanto Company. The product has done very well for the chemical giant in the past, with sales projected to top $8 billion a year by 2020.1 “Glyphosate Market Revenue Will Grow To $8.50 Billion By 2020: New Report By Grand View Research, Inc.” 6 November 2014. Nasdaq Globe Newswire. 9 June 2016. http://globenewswire.com/news-release/2014/11/06/680538/10106743/en/Glyphosate-Market-Revenue-Will-Grow-To-8-50-Billion-By-2020-New-Report-By-Grand-View-Research-Inc.html That estimate of future profits, however, was issued in November of 2014, four months before the World Health Organization announced that the herbicide was “a probable human carcinogen.” Since then, sales have been dropping, and in fact, were down by 34 percent this quarter, with net sales at a meager $2.2 billion.

The folks at Monsanto have been claiming that the hubbub about Roundup causing cancer is much ado about nothing. [The cancer concerns] are a distraction rather than a reality,” said CEO Hugh Grant (and no, he’s not the same guy who won your heart in About a Boy) after the WHO report came out.2 Lorinzetti, Laura. “Forget the Roundup cancer report, Monsanto’s worried about a stronger US dollar.” 1 April 2015. Fortune. 9 June 2016. http://fortune.com/2015/04/01/roundup-cancer-monsanto/ Company spokesperson Charla Lord backed him up: “We believe that glyphosate is safe for human health when used as labeled,” she said. Monsanto even claims to have science on its side, too. Dozens of studies in the Monsanto arsenal show that the chemical doesn’t cause much harm to humans at low exposures.

In spite of Monsanto assurances, after the WHO report was published, many countries around the world started restricting Roundup sales. The US, on the other hand, saw things the Monsanto way. The US Environmental Protection Agency continued to endorse the chemical, based on their own earlier review of 32 studies regarding potential risks. “Glyphosate products can be safely used by following label directions…Glyphosate has low toxicity for humans,” the EPA website still says.3 http://www.epa.gov/ingredients-used-pesticide-products/glyphosate

The problem is that the studies in the Monsanto arsenal and cited by the EPA aren’t quite as neutral as those that led to the WHO report. Of the 32 glyphosate studies the EPA considered, 27 were paid for by industry, mostly by Monsanto. And not surprisingly, it was those industry-funded studies that found in favor of Roundup.  Not that those studies didn’t note that the poor rats exposed to glyphosate were having problems. The research did observe that the rats were losing weight, having smaller litters, having a higher incidence of pancreatic cancer, but the scientists dismissed those effects as insignificant.

The five independent studies, on the other hand, weren’t quite so upbeat. Three of the five noted that the rats suffered serious endocrine problems resulting from glyphosate exposure. One report, for instance, said that glyphosate, “may induce significant adverse effects on the reproductive system of male Wistar rats at puberty and during adulthood.” But since there were only three such alarming reports in the packet of 32, approval of glyphosate was continued. But remember, that deck was stacked with 25 industry funded studies.

“All they’re doing is reviewing studies that are funded by the industry,” said Jennifer Sass of the Natural Resources Defense Council.

Now here’s where the drama takes an interesting turn. Given all the concerns arising about Roundup internationally, the EPA agreed to continue its investigations into the possibility that glyphosate causes cancer, and in fact, was conducting an ongoing, supposedly conclusive study that was started in 2009 and due to conclude in 2015.4 Gillam, Carey. “What is Going on With Glyphosate? EPA’s Odd Handling of Controversial Chemical.” 2 May 2016. Huffpost Science. 9 June 2016. http://www.huffingtonpost.com/carey-gillam/what-is-going-on-with-gly_b_9825326.html In fact, the results of that research were just published on the EPA website a few weeks ago, along with some related documents. Naturally, the research concluded that glyphosate is “Not Likely to be Carcinogenic to Humans,” a conclusion in sharp contradiction to the research the World Health Organization had gathered. One of the documents said, “The epidemiological evidence at this time does not support a causal relationship between glyphosate exposure and solid tumors. There is also no evidence to support a causal relationship between glyphosate exposure and the following non-solid tumors: leukemia, multiple myeloma, or Hodgkin lymphoma.”

The report also dissed the research that led to the World Health Organization’s warning. “Multiple case-control studies and one prospective cohort study found no association [between glyphosate and cancer]; whereas, results from a small number of case-control studies (mostly in Sweden) did suggest an association,” the report said. Shame on the EPA. In actuality, there have been plenty of other independent studies finding damning evidence against glyphosate and particularly against Roundup, which may amplify glyphosate’s effects when it combines with the product’s inert ingredients.5 Gammon, Crystal. “Weed-Wacking Herbicide Proves Deadly to Human Cells.” 23 June 2009. Scientific American. 10 June 2016. http://www.scientificamerican.com/article/weed-whacking-herbicide-p/ In fact, last year, the UN’s International Agency for Research on Cancer said that glyphosate is most likely a carcinogen. 6 Grossman, Elizabeth. “What Do We Really Know About Roundup Weed Killer?” 23 April 2015. National Geographic. 10 June 2016. http://news.nationalgeographic.com/2015/04/150422-glyphosate-roundup-herbicide-weeds/ Studies conducted by that group found that glyphosate was linked to chromosomal damage in cells, increased incidence of non-Hodgkin lymphoma in exposed people, and tumor formation in animal studies.

In any event, days after publishing the “clean-slate for glyphosate” report, the EPA suddenly withdrew the documents in a sort-of, “oops, posted by accident” move. The agency claims that release of the documents was premature, and that the assessment won’t be complete until the end of 2016. The withdrawal seemed so fishy that it triggered an investigation by the U.S. House of Representatives Committee on Science, Space and Technology, which is checking into the possibility that the EPA tried to influence the World Health Organization’s glyphosate conclusions.

Not surprisingly, Monsanto jumped on the EPA’s published endorsement before it was withdrawn, tweeting the results far and wide, noting that “This is the EPA’s highest ranking for product safety.” But in the meantime, another set of documents released to the public under the Freedom of Information act shows that there was a long email correspondence between Monsanto and the EPA, with Monsanto urging the Agency to “correct” the record on glyphosate “as it relates to carcinogenicity.” Again, shame on the EPA. Or to paraphrase Mary Poppins if she were commenting on the situation, “A spoonful of Roundup makes the EPA’s endorsements go down.”

While the debate goes on, Roundup continues to be the world’s most widely used herbicide. It’s used on at least 70 crops. More than 100 million pounds of the stuff gets sprayed on soybeans each year, and more than 63 million pounds on corn.  There’s also plenty used on oranges, canola, cotton, grapes, almonds, grapefruits, and apples, as well as on GMO crops and other vegetables and fruits. Residues are found in the majority of our waterways and in 70 percent of rainfall samples tested by the US Geological Service.

By the way, keep in mind that the use of Roundup is not restricted to GMO crops. Roundup is sold in garden centers everywhere for home use. Plus, as Jon Barron has pointed out, industrial, conventional, non-organic farms still use pesticides and herbicides. And although these farms may use less glyphosate than would be used with Roundup ready GMO crops, they merely replace it with heavy use of the herbicide atrazine. Atrazine has been associated with an increased risk of certain cancers and birth defects. Bottom line? Buy organic or better yet, grow it yourself. 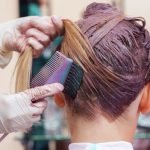